Blackpoll Warbler breeds across boreal Canada and winters in northern South America. Its autumn migration route has long been suspected to involve a spectacular transoceanic crossing, and a new study appears to confirm just that.

The study, published in journal Biology Letters, puts to bed over 50 years of hypothesising. Thanks to miniaturised light-level geolocators fitted to the birds before their departure from the wintering grounds, the remarkable 'fall' migration of the species has been mapped for the first time.

Departing New England and eastern Canada, Blackpoll Warblers undertake an astonishing non-stop flight over the Atlantic, ranging from 1,400 to 1700 miles (roughly 2200 to 2700 km), in just two to three days. The southbound birds make landfall in Puerto Rico, Cuba and the Greater Antilles before continuing to their wintering grounds in northern South America, namely Colombia and Venezuela. 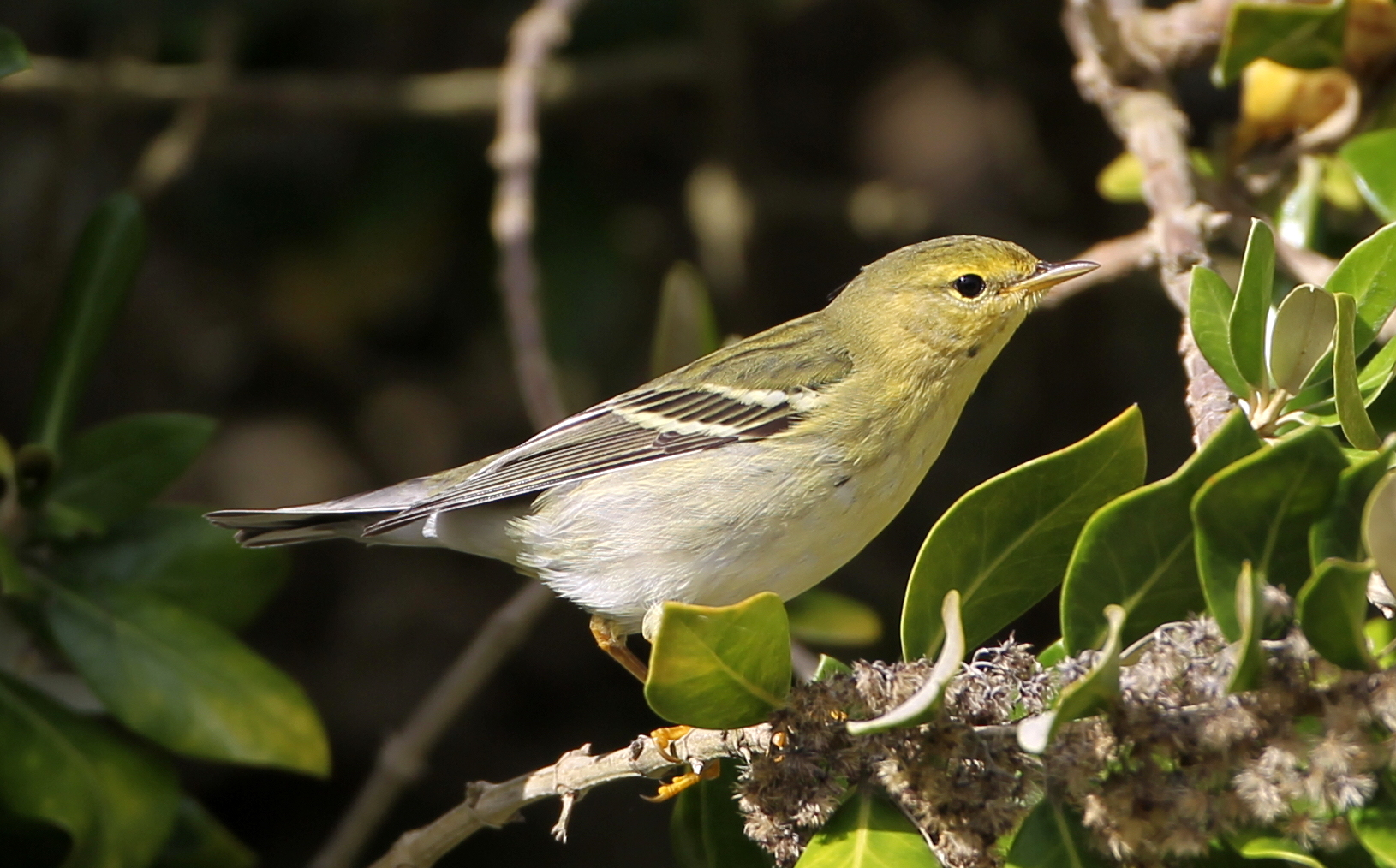 Proof of the routine transoceanic autumn flight path of Blackpoll Warbler goes a long to explain why it is the most regular species of Nearctic wood warbler to occur in Britain and Ireland. This bird was on the Isles of Scilly in 2012 (Photo: Tim Hemmings)

Lead author Bill DeLuca explained: "For small songbirds, we are only just now beginning to understand the migratory routes that connect temperate breeding grounds to tropical wintering areas. We're really excited to report that this is one of the longest non-stop overwater flights ever recorded for a songbird, and finally confirms what has long been believed to be one of the most extraordinary migratory feats on the planet."

Though many non-passerine species such as shorebirds (e.g. Bar-tailed Godwit, White-rumped Sandpiper), gulls and seabirds are notorious for their long-distance transoceanic flights, the confirmation that a small passerine, weighing no more than 12 g (less than half an ounce), makes such a migration is extraordinary. Many other species of Nearctic wood warbler favour the overland route south through Mexico and Central America. The exposed transoceanic flight path of Blackpoll Warbler in autumn may also go some way to explaining why it is the most regular Nearctic wood warbler to be found in Britain and Ireland, the route making it particularly susceptible to transatlantic weather systems.

The scientists fitted geolocator packs to 20 birds in Vermont and 20 more in Nova Scotia. They were able to recapture three birds from the Vermont group and two from the Nova Scotia group for analyses. DeLuca explained: "It was pretty thrilling to get the return birds back, because their migratory feat in itself is on the brink of impossibility. We worried that stacking one more tiny card against their success might result in them being unable to complete the migration. Many migratory songbirds, Blackpolls included, are experiencing alarming population declines for a variety of reasons; if we can learn more about where these birds spend their time, particularly during the nonbreeding season, we can begin to examine and address what might be causing the declines."

Chris Rimmer, an ornithologist at the Vermont Center for Ecostudies, added: "We've only sampled this tiny part of their breeding range. We don't know what birds from Alaska do, for example. This may be one of the most abundant warblers in North America, but little is known about its distribution or ecology on the wintering grounds in Venezuela and the Amazon. However, there is no longer any doubt that the Blackpoll undertakes one of the most audacious migrations of any bird on earth."