Birdwatching - good for your well-being!

People living in neighbourhoods with more birds, shrubs and trees are less likely to suffer from depression, anxiety and stress, according to research by academics at the University of Exeter, the British Trust for Ornithology and the University of Queensland.

The study, involving hundreds of people and published in the journal BioScience, found benefits for mental health of being able to see birds, shrubs and trees around the home, whether people lived in urban or leafier suburban neighbourhoods.

The study, which surveyed mental health in over 270 people from different ages, incomes and ethnicities, also found that those who spent less time out of doors than usual in the previous week were more likely to report they were anxious or depressed.

Common species such as Blackbird, Robin, Blue Tit and various corvids were seen during the study, but it was the number of individual birds (rather than species) seen that was linked to mental health quality. Previous studies have found that the ability of most people to identify different species is low, suggesting that for most people it is interacting with birds that provides well-being, rather than particular species. 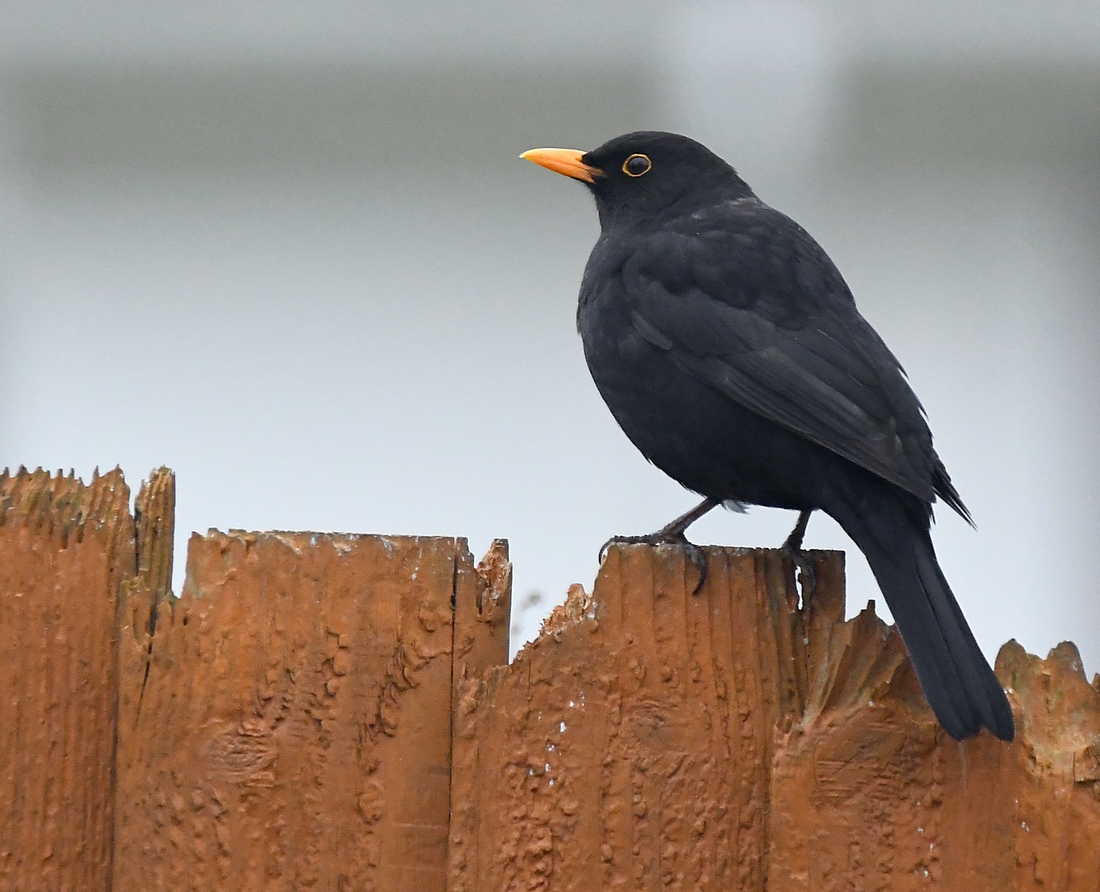 The humble Blackbird is a familiar sight in gardens, and one species that even non-birders readily recognise (Photo: Carl Bovis)

University of Exeter research fellow Dr Daniel Cox, who led the study, said: "This study starts to unpick the role that some key components of nature play for our mental well-being.

The positive association between birds, shrubs and trees and better mental health applied, even after controlling for variation in neighbourhood deprivation, household income, age and a wide range of other socio-demographic factors.

Recent research by Dr Cox and Professor Kevin Gaston, who are based at the Environmental Sustainability Institute at the Penryn Campus at the University of Exeter, found that watching birds makes people feel relaxed and connected to nature.