Detecting food or identifying predators and other close objects are key to how birds control flight, rather than looking ahead or below, according to research published today, 6th January 2014, by University of Birmingham ornithologists in the journal Philosophical Transactions of the Royal Society B.

What birds see and just what they are looking at as they fly over is far from a Google Earth view of the world. This new analysis of the visual worlds of over 50 species of birds shows that there are just as many ways of seeing the world as there are species, and none of them involve simply looking down and seeing the world as we would from an aircraft or high vantage point.

Looking into the eyes of birds has shown that each species has a different way of extracting information from the world about them and that this is tuned primarily to the exacting tasks of foraging and being able to control the position of their bill with high accuracy. Controlling flight and getting an overview of the world ahead and below is a minor consideration in driving the evolution of birds'-eye views. 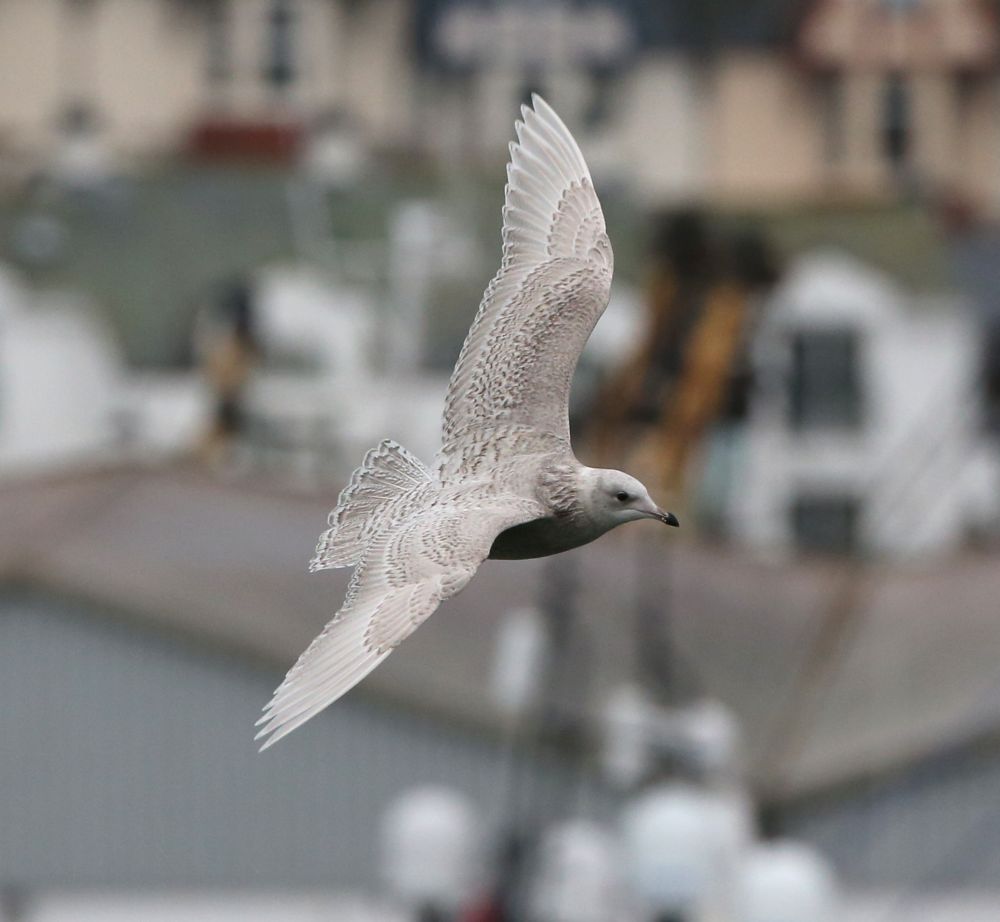 Rather than looking ahead or below, flying birds are paying more attention to detecting food or close objects, such as predators (Photo: Steve Hopper)

"The cliché the Bird's-Eye View needs a makeover — the prime shaper of bird vision turns out to be the locating of objects close by, estimating how long it will take the bill tip to reach them, and ensuring that the bill arrives bang on target," said Professor Graham Martin from the University of Birmingham, the author of this survey on bird vision. "Seeing what lies ahead and below in flight is not that important; what occupies most birds are near things, close objects that are edible, or chicks in the nest. Detecting and locating them with high accuracy are what drives the overall visual capacities of birds."

Professor Martin has reviewed work on bird vision that he and others have conducted over the last 30 years. "At one time I followed the traditional view that the challenges of flight have been the real driving force in the evolution of how birds see the world, but now I argue that it is all to do with close objects and controlling the bird's bill. Getting to a nearby object and opening the bill at the right moment to grasp it with a high degree of precision is what is really important, next most important is detecting whether a predator is coming, third is whether the bird can place food accurately in its chick's mouth, and only last do the requirements for controlling flight, and looking out ahead and below have any bearing on how birds see the world."

"Humans have always been fascinated and envious of birds' ability to fly, and we have assumed that it is a challenging task that really requires seeing the world in a special way," continued Professor Martin. "We have always assumed that a bird's-eye view is what we experience when looking down from a height, when all is made clear and simple to us, hence the popular notion of a bird's-eye view," he explained. "But flight is just one aspect of birds' daily lives; finding food and detecting predators are the real all-day, everyday survival tasks of birds, and it now seems clear that birds'-eye views are tuned to these tasks, not to flight and getting the overall picture of what lies ahead and below."

"The subtlety of simple eyes: the tuning of visual fields to perceptual challenges in birds", in Philosophical Transactions of the Royal Society B, will be published online on 6th January 2014.