A pale pre-dawn moon rides the shoulder of Mount Demirkazik and the frowning forms of the Aladaglar range appear to stride away from us under its pale glow. These are the highest mountains of southern Turkey's Taurus ranges and far below, in front of sleeping villages, the occasional flicker of a shepherd's fire punctuates the valley gloom. 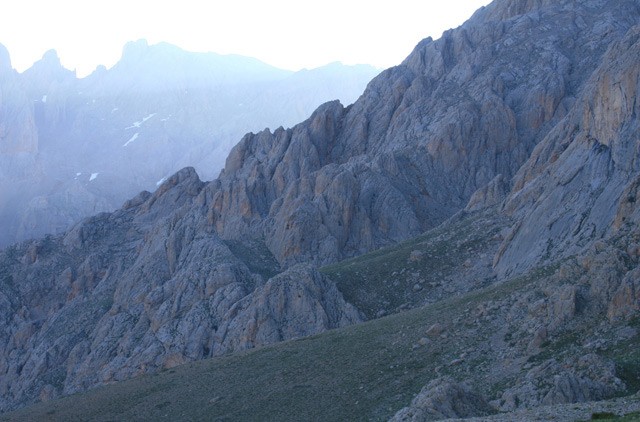 Cramped from the steep and twisting journey up from the valley floor, we tumble out of mountain guide Hasan Safak's antique Mercedes jeep. Shrugging on a coat against the dawn chill I turn my face to the breeze, glad to be free of the vehicle's petrol-fumed reek. As I inhale I instinctively look up, through the montane gloom, towards teeth-like crags and our quarry. We have reached some 2,400m above sea level and, even as I gaze up, the pale pink of this June morning has started to grow behind the jagged skyline, faintly illuminating the Arpalik plateau with its moon-like surface and dwarf vegetation. The jeep, our bins, scopes, phones and cameras seem out of place here — we are in a setting completely removed from our own, untouched by the modern world. I glance at Hasan, taciturn within his overcoat, his rugged features and tanned lined face equally part of the landscape and I am conscious of myself as a visitor here. He also looks up with his deep-set eyes, as he has done so many times guiding birders and climbers in this high place. Suddenly, the sound of the breeze through the distant boulders is rent by a long and desolate whistle, echoing across the chasms. We all freeze, gazing upwards. The cry is perfectly in tune with the landscape, just as we are not; for time untold this lonely voice has been as vital a part of this setting as the wind, the clambering Ibex and the peaks themselves. This then is the call of our target, the Caspian Snowcock: a large grouse-like denizen of the high places of Turkey, Armenia, and northern Iran. 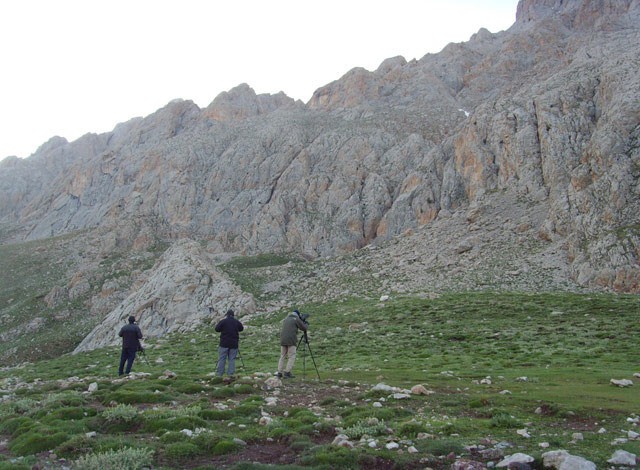 We scan the distant skyline pausing to study each suitably sized shape in the half-light, willing it to be the source of the call. At last a previously inanimate 'blob' shifts slightly and a fraction of a second later the echo of its call catches up to us. Here is a calling male snowcock; little detail is evident yet in the half-light but it is thrilling to watch as it throws back its head to hurl another call, somewhat reminiscent of our Eurasian Curlew, out into the emerging dawn: sooo-looo-leeee. As we watch the first touch of sunlight reaches the male and detail gradually animates its curious bulging silhouette: a pale throat and grey mantle and even eventually flank stripes. Other unseen snowcocks call in response and as the sun starts to light the crags above us we stand in the half-light and just take it all in: the atmosphere, the sounds and the otherworldly setting. 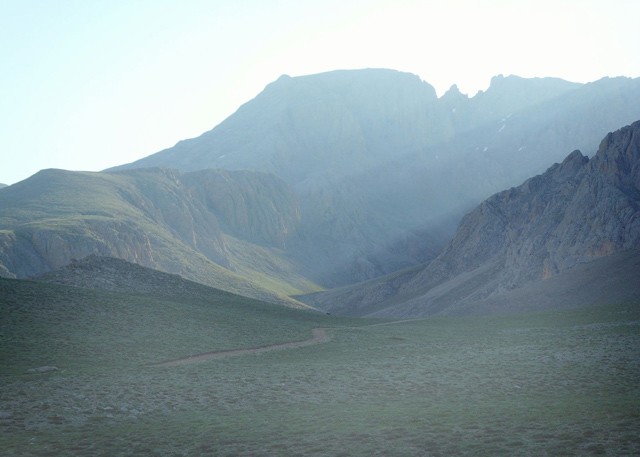 More scanning eventually reveals several other snowcocks, some rather closer, and reasonable scope views are gained. We also find another classic mountain species, this time a mammal: the Ibex. These highly adapted animals are initially invisible, a part of the very rocks themselves, until they move and reveal themselves. Once a male breaks the toothed skyline, and his arching horns punctuate the skyline briefly as snowfinches whirl around him before he disappears back into the rockscape. 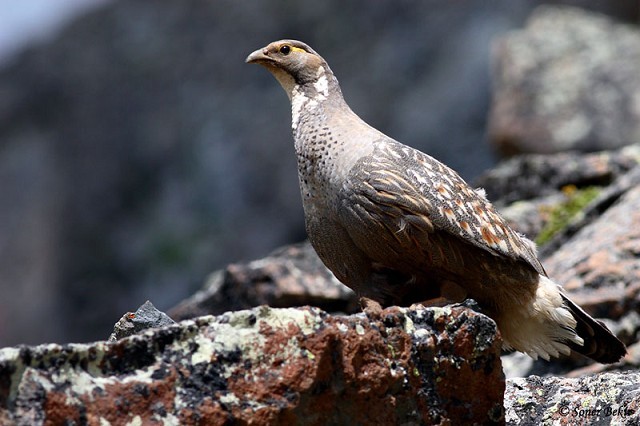 Around us on the plateau, as the light emerges, other avian movement becomes apparent. A gaudy male Rock Thrush perches on a nearby boulder as a Radde's Accentor dashes past, pausing briefly for a snatch of song before hurrying on. White-winged Snowfinches swirl about us and a monochromatic libanotica-race Northern Wheatear sings constantly from another boulder. Overhead, penicillata-race Shorelarks with their lone-ranger masks song-flight above the plateau before descending to forage amongst the Euphorbias and spiny Astragalus plants. 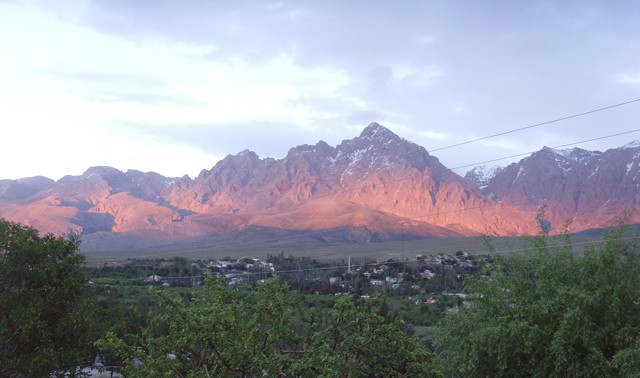 Mount Demirkazik and the Aladaglar range beyond the village of Demirkazik viewed from the balcony of Hasan Safak's pension (Paul Pearson).

We finally climb back into the wheezing jeep, to descend again and eventually re-enter the world of roads and buildings. Thanking Hasan, we leave him and decide to explore the gorge at the base of the mountain, close to our Demirkasik pension. As we negotiate the rocky path, flocks of Red-fronted Serins flit ahead and the calls of Choughs echo off the chasm walls. A movement above turns into a superb Wallcreeper flicking over the towering rockfaces before butterflying across the gorge and away, revealing its mini-Hoopoe outline against the sky. As we wait hoping for it to re-emerge, a shepherd boy, flanked by fearsome Anatolian sheepdogs sporting spiked collars against unlikely wolves, passes with his goats from higher up the gorge, staring at us and our birding gear. Once he and his flock have passed and the sound of their bells recede he shyly returns and stands a short distance away. Offered a look through our telescope he ignores the attendant serins and instead gazes upwards and away towards Mount Demirkazik, now sun-wreathed and remote. Stepping away from the scope he regards this strange object momentarily. He then nods to himself, as if in confirmation, before beckoning to the dogs and returning to his flock, shouting and whistling at recalcitrant stragglers. His high voice echoes off the gorge sides, scattering the serins like a cloud.