Birding by Sound: part I

One dark afternoon in the autumn of 2007 I was walking down Rawson's Rake in the Lancashire mill town of Ramsbottom. Three corvids flew over the road, and a glance revealed that two smaller birds were chasing a third, and that this was considerably larger than the others. "A pair of Jackdaws seeing off a Carrion Crow" would have been the likely explanation, but on this occasion not so. I heard no Jackdaw vocalisations, but many trisyllabic Crow calls, and finally a deep throat rattle. My ears were telling me that what I was witnessing was a pair of Carrion Crows harrying a much larger corvid. A second's thought told me that this could only be a Raven, even though I had never encountered this species in the area during a period of over twenty years. Against the grey of the sky it was difficult to assess absolute size, so my first conclusion would have been valid enough, had I not been listening. 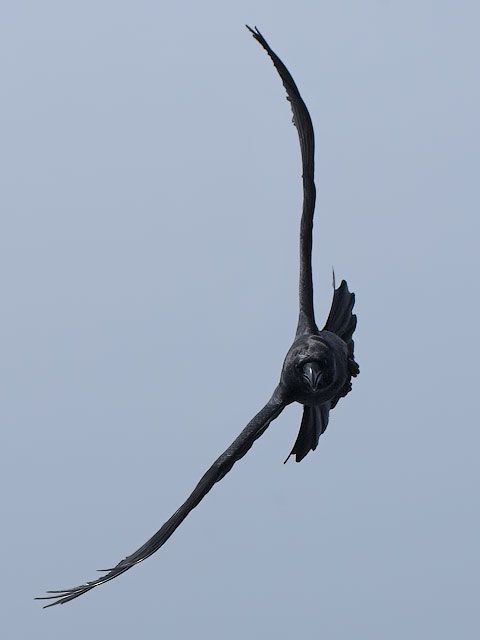 The value of sound in identifying avian species is difficult to overestimate, and one might even claim that the only equipment needed by any birdwatcher, especially during the breeding season of whichever part of the world he or she happens to be at the time, is an attuned pair of ears.

My name is Ian Todd, and I have been an active member of the UK-based Wildlife Sound Recording Society (WSRS) for over fifteen years. I wanted to give a plug for our Society to birders perhaps not aware that we exist, but nevertheless interested in cultivating an active interest in the songs and calls of birds, both in Europe and worldwide.

I first gravitated to birdwatching in 1986, and spent much time and money in travelling around Britain to catch up with the 250 or so regular breeding species. By 1989 this was getting difficult, as I had gained familiarity with most of these breeders, and I found myself wondering which way to jump next. Any birder at such a juncture has a number of possible options to choose from. One could adopt a local patch to watch closely day after day. Or, many become so-called "twitchers", intent on building up as high a British list as is humanly possible. International listing is another possibility, as is wildlife photography; but only a few choose to concentrate on sound, typically those sounds emitted by living creatures in a wild, free, state. The songs and calls of avian species are probably those which first come to mind. I was one of these few sound enthusiasts, as are the approximately 300 members of the WSRS. How did I come to follow this pathway, which is one of great interest and, for the active wildlife sound recordist, one of considerable frustration?

In June 1989 I acquired a copy of British Bird Songs and Calls, on two standard compact cassettes - "ordinary" audio cassettes. This was produced by the then British Library of Wildlife Sounds, known popularly as BLOWS, and was compiled and edited by Ron Kettle, who was then Curator of Wildlife Sounds at the National Sound Archive. Ron introduced the edition with a preface that commenced "It has been my experience that the majority of people with an interest in birds are weak on identifying them by ear and are enthusiastic about learning their songs." Ron himself is a long-standing member of the WSRS, and these cassettes were to be my first introduction to this well-established Society. Of an evening, my partner used to sit watching television whilst I listened raptly to the identification tracks of every regular UK breeding species of bird. So, whilst she gazed idly at the mindless phantasmagoria flickering across the TV screen, I learned to identify birds by ear, a process undoubtedly catalysed by the quaffing of numerous glasses of beer.

Later on this double-cassette edition was supplemented by a third cassette carrying vocalisations of less-commonly encountered species, such as auks and petrels. The whole work is now available as a two-CD set, and is fascinating for those with an interest in the history of wildlife sound recording in Britain, as it comprises mainly analogue sound recordings made as early as the 1970s, and even prior to this. In most instances the recordists were veteran members of the WSRS, many of whom are sadly no longer with us. (Details from British Library National Sound Archive, 96 Euston Road, London NW1 2DB.) 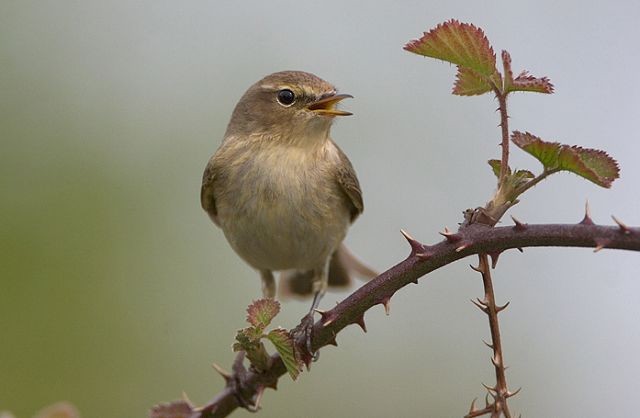 I really have no idea how many birders with an interest in song and calls become hooked on making their own sound recordings, but I certainly did. My first recording was made in April 1992 of a Chiffchaff singing, of all places, from a wet grassland valley in west Wales. A day or two later I found myself pursuing Pied Flycatchers in hanger woodland near Abergavenny, and by the autumn of the same year I had kitted myself out with a Sony WMD6C compact cassette recorder (a solidly built unit that I still own, but now never use) and a Telinga Pro-3 stereo parabolic reflector rig. None of this was or is particularly advanced gear, but I recall that it set me back the best part of £1000 at the time!

However, more importantly, by the September I had also joined the WSRS, and was never to look back. The Wildlife Sound Recording Society is a small society consisting of a core of enthusiasts and others of perhaps less enthusiasm, but nevertheless real interest and passion for wildlife sounds. (Actually, in this connection, we have never insisted that members be active recordists.) The society was formed in the spring of 1968 by a handful of recordists, names including Richard Margoschis and John Fisher, and although based in the UK has members spread throughout the world.

For the record, our official position is as follows:

"The objects of the Society shall be to encourage the enjoyment, recording and understanding of wildlife and other natural sounds. This will be achieved by circulating a sound magazine and a printed journal, by instigating and supporting projects which aim at furthering the science of bioacoustics, by developing the techniques of recording natural sounds and by any other means."

The WSRS enjoys strong traditional links with the Wildlife Section of the British Library National Sound Archive. Indeed, Richard Ranft, Head of the British Library Sound Archive, is our current President, the first of whom, incidentally, was none other than Ludwig Koch, the famous broadcaster and sound-recordist. In my experience WSRS members are characterised by their friendliness, enthusiasm, knowledge and helpfulness. Over the years I have made many dozens of very good friends through WSRS, and now enjoy contacts throughout Britain and Europe.

Part II of Ian's article will appear here next week, covering some useful techniques, and explaining where birding by sound can really help to find birds.

The WSRS have an excellent website with details of their work, and how you can become a member.