BirdGuides Photo of the Year 2008

The BirdGuides Photo of the Year competition has already become an institution. This year alone there have been an incredible 25675 photos of 1676 species uploaded to our website at the time of writing. The photos now come from all over the world, and are becoming a useful resource for identification. The galleries represent everything from record shots of rarities, through holiday snaps, beautiful images worthy of any photographer, to experimental photography techniques.

A panel of distinguished judges (see below) will be poring over the pictures that have won Photo of the Week during 2008 and coming up with a winner. To see the photos in contention so far, go to http://www.birdguides.com/photooftheweek.

The panel's decision will be announced early in the New Year, with a follow-up feature detailing the shortlist and eventual winner.

The BTO have very kindly donated a year's free membership and a copy of Mike Toms and Paul Sterry's new book Garden Birds and Wildlife. HarperCollins have also chipped in with two books in their New Naturalist series, The Isles of Scilly and Grouse. We are also donating a Platinum BirdGuides bird news subscription to the lucky winner.

Graham Appleton is the new Director of Communications for the BTO, having previously been the Head of Fundraising & Publicity. He is always on the look out for pictures that tell a story, especially ones that capture jizz or illustrate behaviour. Graham has been a regular contributor to BBC radio natural history programmes during 2008 and wrote a daily diary about the arrival of birds in Iceland during the spring for the World on the Move website. Graham has been a BTO surveyor and ringer for nearly forty years; these days most of his birding is focused on Bird Atlas 2007–11 and on looking for colour-ringed Black-tailed Godwits, in Iceland and the UK.

Julian Hughes is warden at the RSPB's popular Conwy nature reserve in North Wales, returning to his homeland this year after 18 years in East Anglia. Julian has been a keen birder since the age of 16. Although a decent rarity will still occasionally deprive him of sleep through excessive caffeine consumption, most of his birding is now done in North Wales, both at Conwy and along the coastal headlands such as the Little Orme and Great Orme. He's enjoying getting into unbirded bits of the countryside through BTO Atlas surveys, and is a Council member of the Welsh Ornithological Society.

Julian commented "I'm a very amateur photographer, but a look at the BirdGuides photos each week shows what can be achieved by birders in the field. I'm looking forward to seeing the final selection, but I know that choosing just one is going to be a tough, tough call."

Mike's twin passions for birds and photography have been with him since his teen years. With the advent of digital photography, he has finally managed to combine these passions to create a rich collection of images covering over 160 British species, over 1000 of which are featured on his website. His images have appeared in a wide range of publications, both in print and in electronic media such as BirdGuides' DVD-ROM Guide to British Birds. Since suggesting the initiation of the Photo of the Year contest in 2006, Mike has acted as Photographic Adviser to BirdGuides, encouraging the development of bird photography through the Reviews of the Week and other activities. Having learnt the art and craft of bird photography the hard way, Mike is now keen to pass this on to others, both through his training workshops and his popular series of tutorials published on birdguides.com. 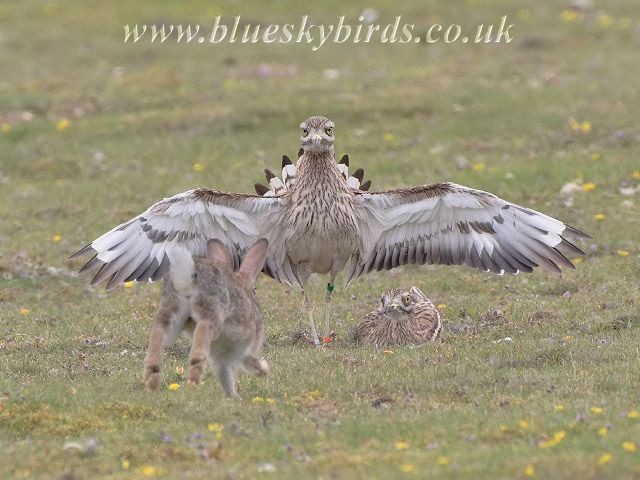 And next, Richard Bedford's jaw-dropping image of a Snipe's last moments from the inaugural competition in 2006. 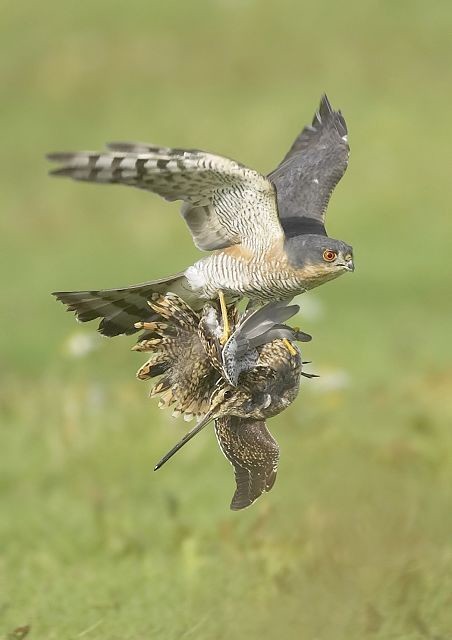 We would like to thank the BTO and HarperCollins for their kind donation of prizes for this competition.