Bird Atlas: flavours of the month

With fieldwork for the final winter of Bird Atlas 2007–11 under way, birders across Britain and Ireland are busy ensuring the species lists for all 10-km squares are complete as possible. There are still some obvious gaps to fill in — can you help?

The new 'Priority Squares' tool on the Atlas website (accessed once you've logged in) will help you work out which species are still missing from the 10-km square you live in or go birding in. For example, in SP95 in Bedfordshire, Snipe and Stonechat have both been found in all the surrounding 10-km squares and Little Egret found in seven out of the eight. Is there suitable habitat in SP95 for these species? 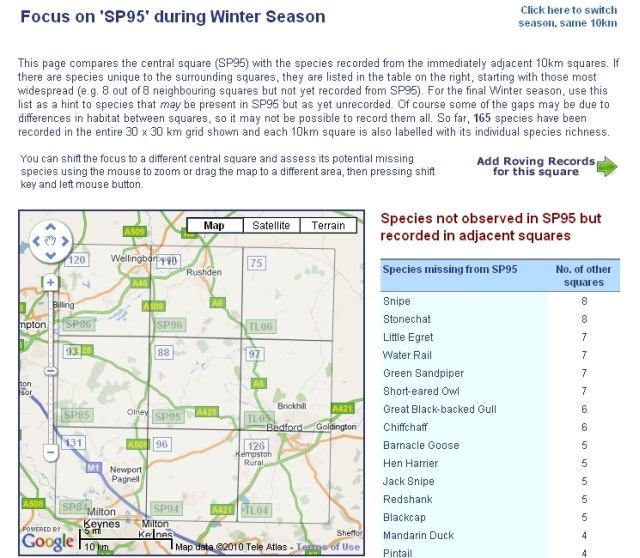 Screen shot of the 'Priority Squares' tool for SP95. Can you add any of these species to the 10-km square list?

Unlike the Winter Atlas of 1981–84, fieldwork for the current winter atlas has coincided with a couple of good winters for Waxwings and the provisional distribution map for Waxwing (winter 2007–10) looks very impressive. In the last Winter Atlas, Waxwings were recorded in 149 10-km squares in Britain and seven in Ireland, and so far we have recorded them in 888 10-km squares in Britain and 52 in Ireland. As you might expect, most records are in northern and eastern Britain. Can you help fill in any gaps in distribution? 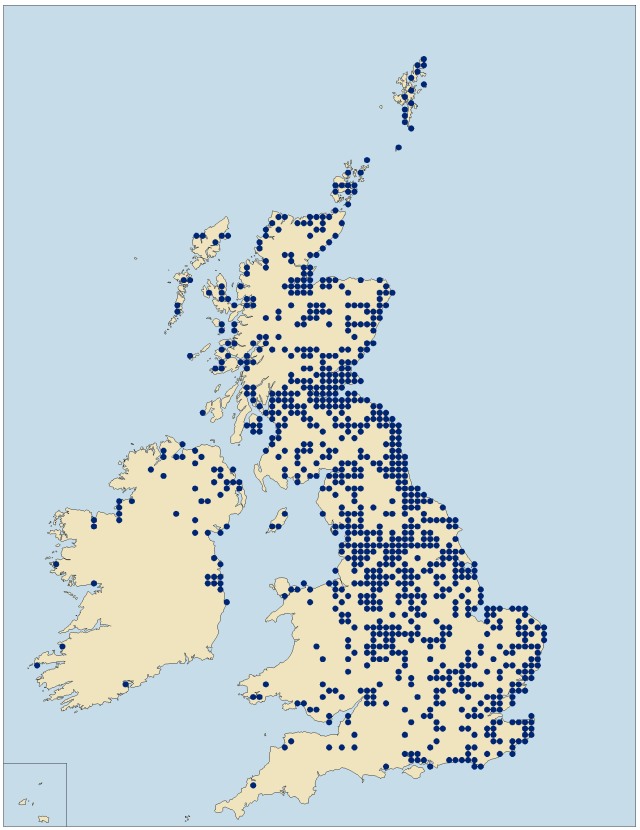 It's also been a good winter for Rough-legged Buzzards. The provisional distribution map below shows that since 1st November 2007 most records have been in the eastern half of Britain, with a few further south and west. What's really striking when you compare this to the 1981–84 distribution map is the lack of records from eastern Scotland. Are we missing any records from here? 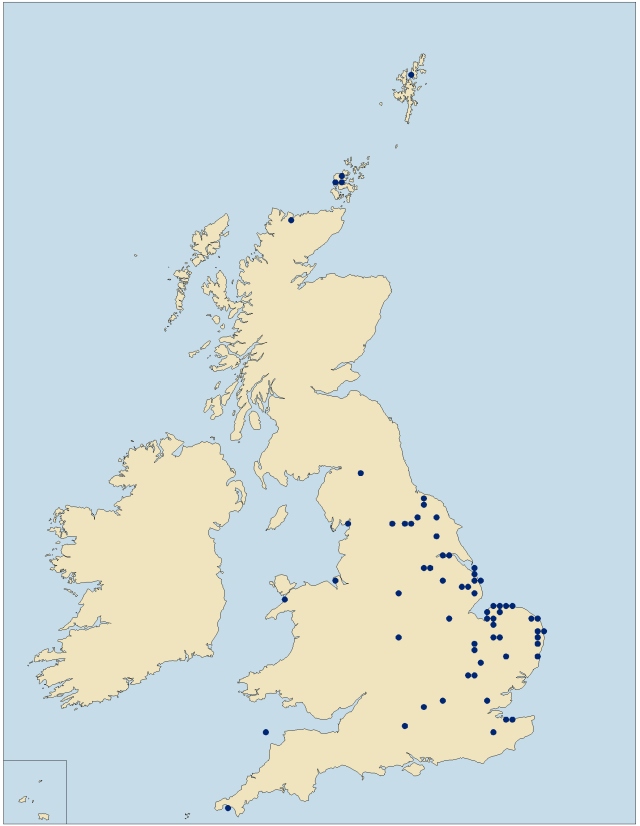 As usual, you can submit records to the Bird Atlas online at www.birdatlas.net. If you are not already registered for the Atlas, click on the large red button to enter your details. Once registered, click on 'Add Roving Records' in Data Home. We just need to know a location (use the Google map to work out your grid reference), a place name, date and species. You can also load records from Excel using the upload facility.

This is the last winter of Atlas fieldwork, so if you've not taken part already please give it a go. It's quick and easy to submit records and you'll be making an important contribution to our knowledge, and conservation, of birds in Britain and Ireland.

Many thanks again to all of you who have contributed records so far.