We're now in our third year of breeding-season fieldwork for Bird Atlas 2007–11 and there has been tremendous progress in the last few months — thank you to all who have contributed. With just one more year to go we're starting to focus on the gaps in coverage across Britain and Ireland, both in terms of species lists and breeding evidence in every 10-km square and also the timed counts in tetrads.

Recording for the breeding season continues until the end of July, though we're keen to gather records in August and September for late-nesting species such as Hobby, Spotted Flycatcher, Swift and Storm Petrel. There is still plenty of time for you to contribute your records this summer and make a real difference in some 10-km squares. The map below shows the percentage of the expected 'species richness' we have achieved in the breeding season so far, based on species lists from the 1988–91 Breeding Atlas. You'll see that most 10-km squares have reached at least 90% of the expected number of species, though there are probably still more species to find and certainly breeding evidence to improve on. The real focus now is on the few remaining white squares (fewer than 50% of the expected species) and also the yellow (50–74%) and orange (75–89%) squares. All these squares need more general birding to add species to the list and also to record signs of breeding, with the ultimate aim of confirming breeding. You can get a much closer look at species richness by BTO region by looking at the regional results online. Any birding trips in mid-Wales, Ireland, Isles of Scilly, Cornwall, Channel Islands, around the Humber and parts of Scotland will make a significant difference to the Atlas. Please log in at www.birdatlas.net and submit your records to ensure the Bird Atlas is as comprehensive as possible. 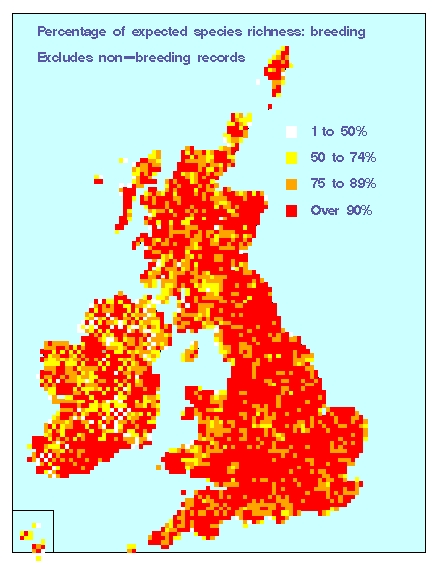 With a lot of interest in the River Warbler in Norfolk this week, I thought I would look at the current distribution of our more familiar Locustella, the Grasshopper Warbler. The three sizes of dot on the map below show possible (small), probable (medium) and confirmed (large) breeding. 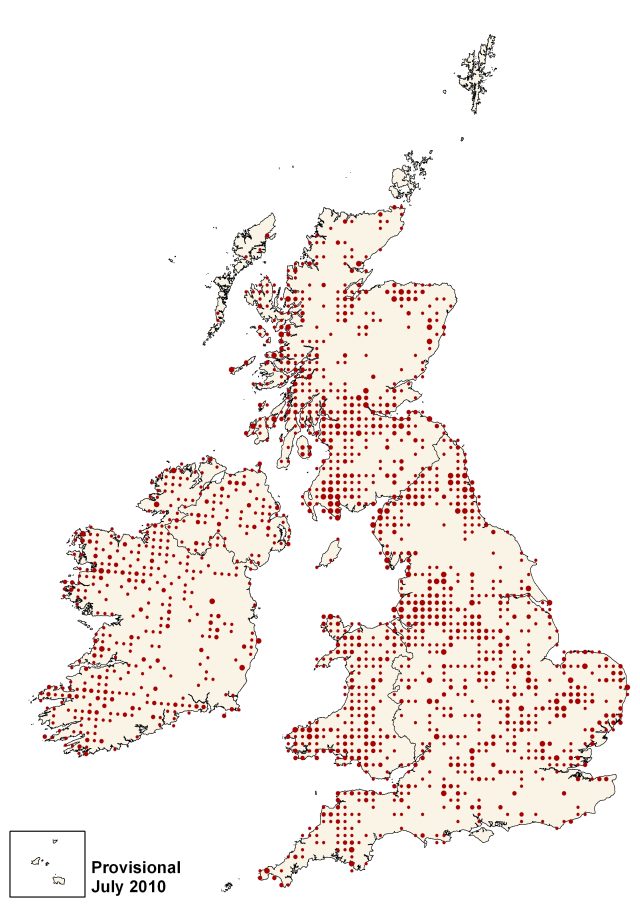 Since the 1988–91 Breeding Atlas, we estimate a 5% drop in the number of occupied 10-km squares, but go back to the 1962–72 Breeding Atlas and the loss is over 30%. Take a close look at the map — are we missing any occupied 10-km squares? Do you have a record in your notebook, or on your database, that would put a dot on the map? Any record from 2008–2010 can be used. If it was singing then enter 'S' under breeding status, if you went back a week later and it was still singing then 'T' for permanent territory can be used. Confirming breeding is tricky, but catching a glimpse of an adult carrying food is a possibility. You can enter your 'Roving Record' online at www.birdatlas.net. 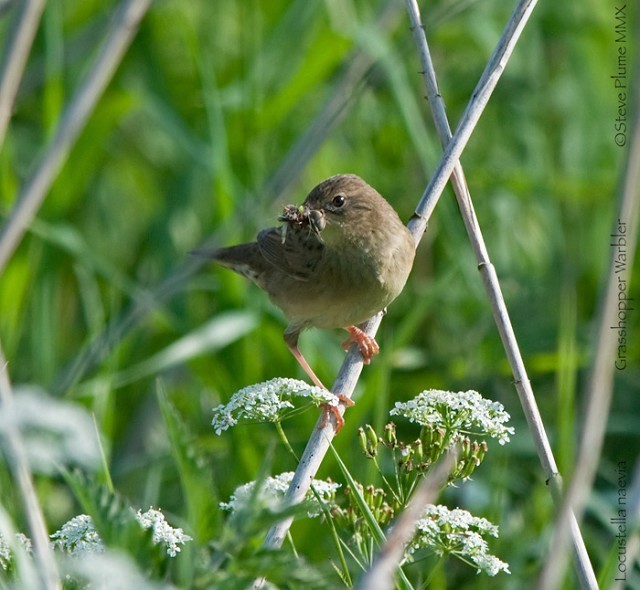 By logging on you can also access the species list for any 10-km square or tetrad in Britain and Ireland. As an aside, only seven observers have logged the singing River Warbler in the Atlas or BirdTrack, and that included one member of BTO staff and two ex-staff! 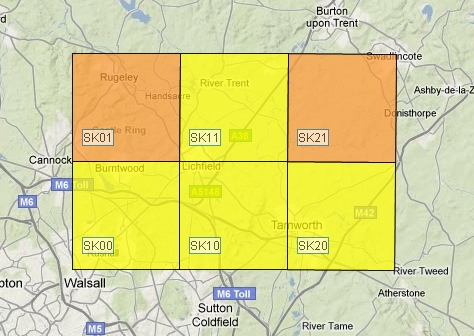 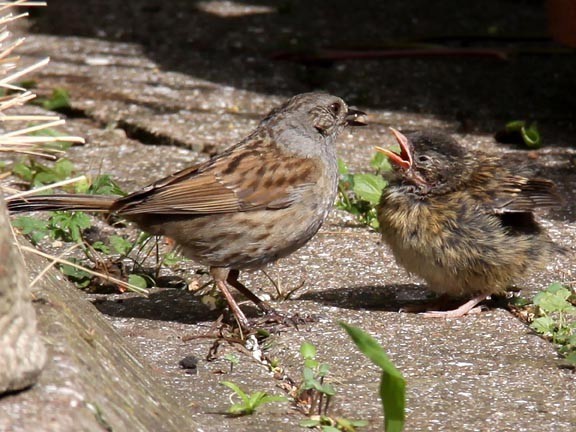 Often the easiest way to prove breeding in common species is finding them feeding newly-fledged chicks, as in this Dunnock, undisclosed site, Northumberland (Photo: Olive Taylor)

As we start to think about fieldwork for the final winter, the 10-km squares SK10 and SK20 are highlighted as of particular concern. The minimum requirement of eight Timed Tetrad Visits (TTVs) — each TTV covers a 2 × 2 km square — has not yet been reached. The current TTV coverage in winter is shown below. Can you volunteer to cover a tetrad for twice this winter — each visit of one hour — and twice next summer? If so, go to www.birdatlas.net, log in and click on the 'Request TTVs' button in Data Home, or email me at BTO. 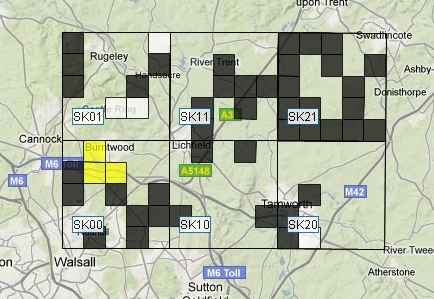 Please contribute Roving Records for any 10-km (or tetrad) in Britain and Ireland. The 'Regional Results' accessed from 'Latest Results' on the homepage will show you the priority 10-km squares. Take a look now and see what you can add for the breeding season. Please offer to cover a TTV in the final year — this is the last chance to ensure your county is covered well in the Atlas. You can contact your Regional Organiser here.

Further information can be found at www.birdatlas.net or by emailing dawn.balmer@bto.org.

Once again, many thanks to all birders who have contributed so far.