Researchers set out to investigate the influence of sex and size on the migration strategy of Little Buntings at a long-running ringing site on Heuksan-do, an island 90 km off mainland South Korea.

Little Bunting is a passage migrant in Korea, which is on the route between wintering areas in southern Asia and their Siberian breeding grounds. The Korean Peninsula regularly hosts 13 other species of Emberiza bunting, but among these Little Bunting is unique that males and females have such similiar plumage that they cannot be reliably distinguished in the field.

Ringers collected a tail feather from 124 Little Buntings caught in 16 mistnets over three migration seasons and used DNA analysis to determine the sex of each bird. The results were compared against various biometric measurements, including bill size, tarsus length and wing length, as well as plumage. The colour of the head was measured by analysing photographs taken from different angles in carefully controlled conditions. 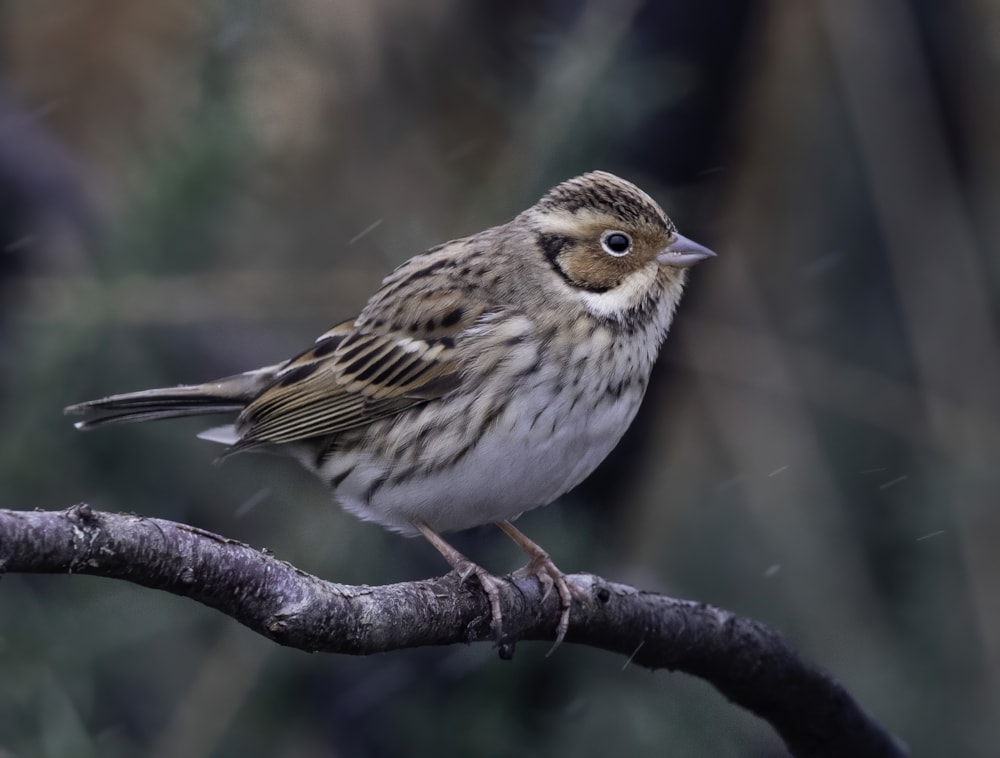 It was found that males tended to have darker and more saturated colours on the head, though there was overlap and the difference was slighter in the autumn. This has been suspected before, but it is the first time that the relationship between sex and head colour has been properly studied. There was variation in colour in females too, with some much brighter than others and overlapping with males, making it impossible to know the sex of a bird with certainty based on plumage.

The brighter plumage in spring, attained through both wear of feather tips and a partial spring moult, was most obvious in males. It is thought to be important in competing against other males and being attractive to females.

Males were shown to be larger than females, with wing length revealed to be the most reliable way to sex Little Bunting. A wing measurement could be used to correctly assign 88.8% of the birds, regardless of the season.

The study confirmed that males arrived at the spring stopover in Korea almost four days earlier than females. It was also found that arrival dates were linked to size and colour, but this morphological effect was not related to sex, unlike other five East Asian bunting species previously studied. In these other species, the relationship between size and arrival dates was only shown in males.

It might be that the link between size and colour, regardless of sex, is a sign of assortative mating, with early-arriving birds looking for the largest and brightest partners. However, it is possible that a sex-differential strategy might only be revealed further north on the spring migration route.