Beyond the Puffin toys: science and discovery at RSPB Bempton Cliffs

If you're a fan of seabirds, then you're more than likely familiar with the RSPB's Bempton Cliffs reserve on the Yorkshire coast. A uniquely evocative place located within easy striking distance of many population centres, and yet as wild and dramatic as the most far flung corners of our coastline, Bempton is that rare combination of accessibility and world-class natural history spectacle.

This year saw the reserve reopen after an impressive and deservedly acclaimed overhaul, focused around the brand new Seabird Centre (funded with the support of the Heritage Lottery Fund) and coinciding with a hugely popular Bempton Cliffs-based BBC Springwatch special. This all served to further showcase one of the greatest wildlife experiences in the UK — the sights, sounds and smells of more than a quarter of a million seabirds, including England's only mainland Gannetry, all set against the dizzying backdrop of rugged limestone cliffs rising some 400ft from the North Sea below. 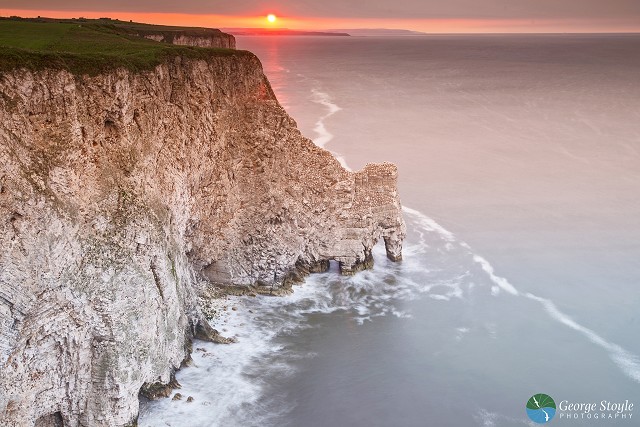 What many visitors — and indeed birders, for that matter — may not realise, however, is the amount of work that a dedicated team of staff and volunteers put in towards furthering our knowledge of seabird ecology and conservation. This knowledge directly and positively addresses the threats faced by our seabirds, providing the data and hard evidence to support vital campaigns and decision-making.

The RSPB's Bempton Cliffs team set a high benchmark for conservation studies, pioneering new methods while consolidating and building on more traditional ones. One of the secrets to the success of the projects is combining the skills and knowledge of local birders with professional staff into a multifunctioning team. If you're one of the former, you may well have been politely arm-twisted into offering your services — exactly what happened to me, and my Kittiwake plot here on Filey's North Cliff has become a fundamental part of my summer birding routine (and is all the richer for it as a consequence).

On its own, of course, the data from my plot wouldn't amount to much; but alongside various others within the proposed Flamborough and Filey Cliffs SPA, they present a fascinatingly complete picture of productivity, survival rates, environmental factors, breeding behaviour and more over many consecutive years' study. In 2014, for example, 28 volunteers (including a full-time residential volunteer) spent a mammoth 875 hours monitoring seabirds; an impressive testament to the collective application of citizen science.

The scientific team's project aims encompass pretty much everything you need to know about the avian citizens of its seabird city. Amongst other things, they're focused on studying and trying to understand the factors behind population numbers and trends, variation and trends in productivity, and foraging behaviour, including preferred foraging areas and trends in provisioning (for example, determining key feeding areas for key species and factors influencing their location).

Population statistics are a key element of ongoing studies, having been collected at Flamborough and Bempton Cliffs since 1969, when all species were counted (except Shag and Puffin) as part of Operation Seafarer. In 1987, all species were counted during the Seabird Colony Register census, in 2000 for Seabird 2000, and again in 2008, when a whole colony count was carried out and a formal annual programme of productivity and population monitoring was established in partnership with Natural England. Every year the team also monitors the breeding productivity of Guillemots, Razorbills, Kittiwakes, Herring Gulls, Gannets and Fulmars across the colony from Flamborough to Filey. 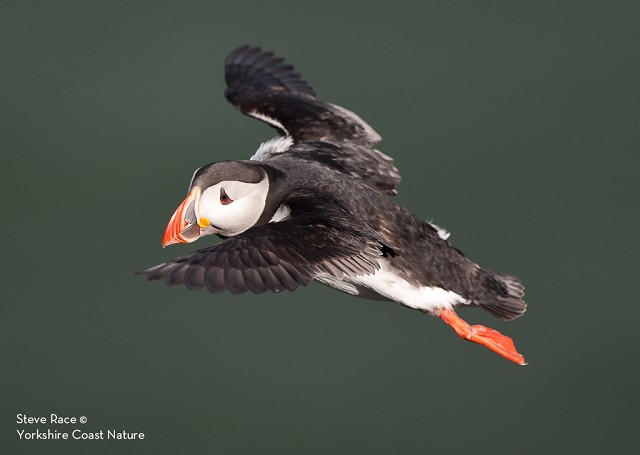 Mainly land-based monitoring from fixed vantage points is augmented by boat-based colony counts, conducted annually for one or two species, from Cayton to Flamborough (i.e. the whole 10 km of cliffs of the proposed SPA). Last year, it was the turn of Herring Gull and Shag, this year Kittiwake and Northern Gannet. For the last six years, a boat-based count has also provided an accurate picture of the whole Filey Cliffs seabird assemblage. Taken together, all this largely volunteer-conducted monitoring allows RSPB and NE to scrutinise the health of the Bempton/Flamborough/Filey colony, revealing the condition of the existing SPA, and providing the evidence to underpin the extended (and much needed) Flamborough and Filey Coast pSPA.

In 2015, most species had a moderate to good breeding season; Fulmars, Common Guillemots and Razorbills all held their own regarding both population and productivity, but Herring Gulls continue their seemingly inexorable decline. Gannets saw something of a return to productivity form, averaging 0.85 chicks per pair after last year’s relatively low 0.78 (the lowest since 2006). The whole gannet colony count recorded 12,494 Apparently Occupied Nests (AONs) and at least 2,100 non-breeding individuals, representing increases of almost 13% since the last count in 2012 (11,061) and of 59% since 2009 (7,859). For this Bempton icon to be doing so well is good news indeed — but how does it measure up against wider concerns and potential threats beyond the cliff-face? 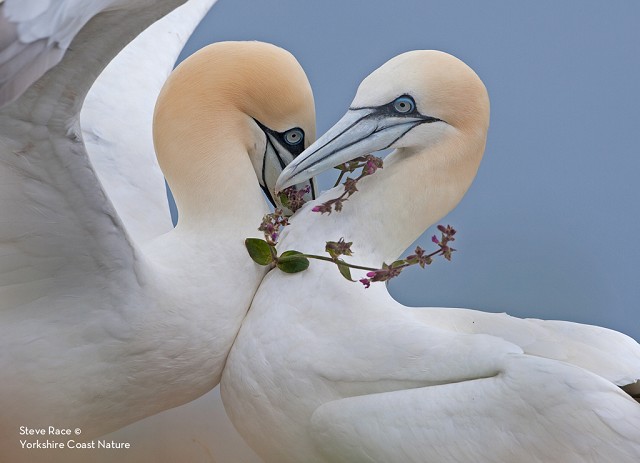 Which is where the cutting-edge science comes in. To learn more about the foraging patterns and behaviour of Bempton's gannets, the Department of Energy and Climate Change funded research enabling 27 breeding adults to be tracked via satellite Platform Transmitter Terminals during the 2010/11 breeding seasons, yielding fascinating datasets - involving both their foraging ranges during chick-rearing and, crucially, the extent of overlap of their foraging trips with potential development zones for offshore wind energy generation in the North Sea.

Most of their foraging trips were within 150 km of Bempton Cliffs, with the average distance of each trip approximately 46 km offshore and a maximum foraging range of 404 km, and there was found to be a considerable overlap with the Hornsea Round 3 development zone for offshore wind energy generation. Further foraging information was obtained for the early post-breeding period in both seasons, indicating variability in dispersal and migration away from Bempton — and the potential for interaction with several different wind farms at this stage of the species annual cycle. Such results clearly raise real concerns regarding the impacts of these proposals, and illustrate the desperate need for further robust monitoring.

Which brings us back to the Canaries of the North Sea, Kittiwakes. The UK Kittiwake breeding population has undergone a 50 per cent decline in the last 40 years, mirroring a similar decline in the Flamborough and Bempton Cliffs SPA, one of the largest breeding colonies in the UK. The causes of this decline are not yet fully understood, but may be linked to an increase in surface sea temperatures in the North Sea over the same period, causing a reduction in the biomass of Arctic plankton species, dramatically reducing populations of Lesser Sand-eel (the staple diet of Kittiwake).

2015's results are still to be processed, but while productivity improved somewhat last year after a previous five-year downward trend, anecdotally, surveyors this year reported more nests containing unattended chicks, and more large chicks dead in the nest. These troubling signs were echoed even more loudly at Filey, where the somewhat depressing story being played out on my plot reflected the overall productivity average of just 0.46 chicks per pair. 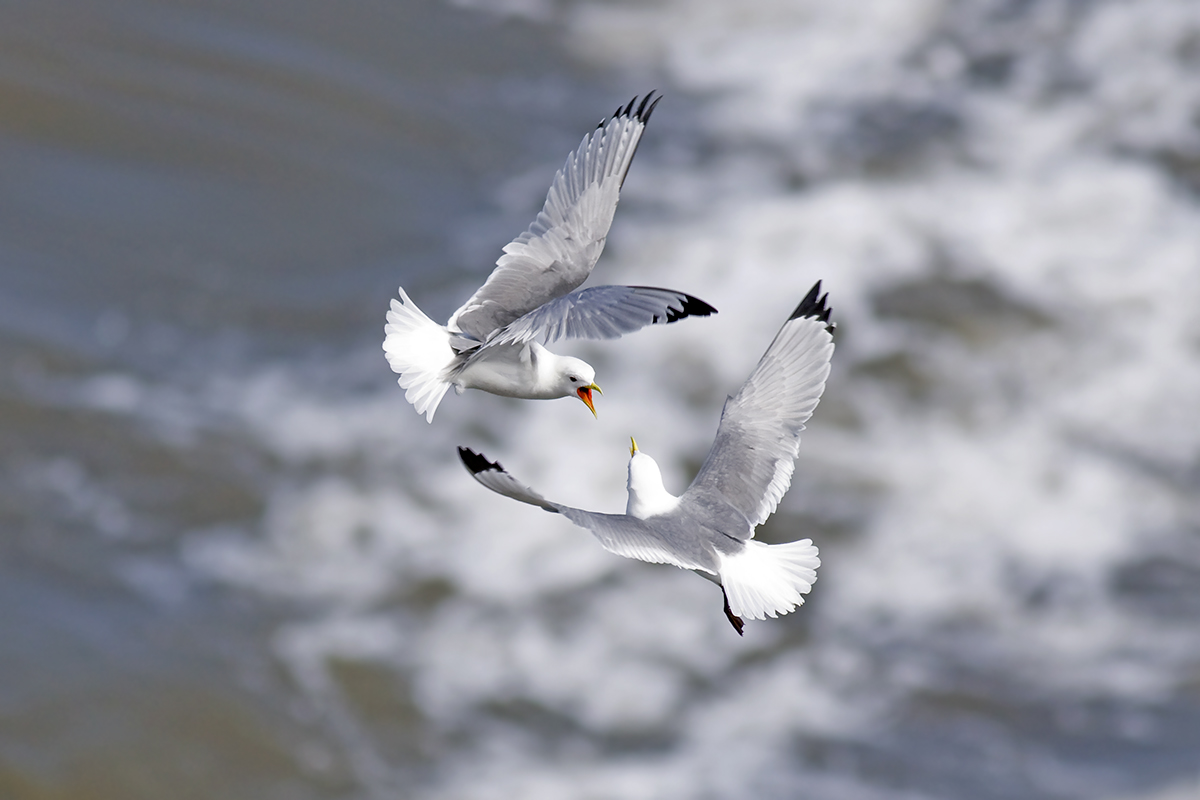 If sea temperatures, plankton biomass and declning sand-eel populations compounded by the impact of the sand-eel fishery are indeed to blame, then clearly the foraging ranges and 'hotspots' of our breeding Kittiwakes are a more of a research priority than ever. To this end, as part of the RSPB's Future of the Atlantic Marine Environment (FAME) and Seabird Tracking and Research (STAR) programmes, Kittiwake tracking at Flamborough Head has taken place since 2010, and since 2014 tracking has also taken place at Filey Brigg. After five years of obtaining tagging data, the team have developed an increasingly comprehensive understanding of where our Kittiwakes are foraging.

In 2014 the core foraging areas of Flamborough's Kittiwakes once again overlapped significantly with the development footprint of the proposed Hornsea offshore wind array; similarly, the foraging areas of Kittiwakes nesting at Filey also showed some overlap with the proposed Dogger Bank offshore wind array. Such overlap raises possibilities of collision risk and/or displacement of feeding birds, which could ultimately result in reduced Kittiwake breeding success and a negative impact on the SPA features.

By comparing foraging hot-spots with known oceanographic features, it may be possible to develop models accurately predicting the core foraging hot spots across the whole of the SPA; in turn, this data can then be used to inform the boundaries of an offshore mSPA for Kittiwakes at Flamborough and Filey, as well as potential Lesser Sand-eel Marine Conservation Zones (MCZ) — which could help safeguard both species. No such red flags — or indeed possibilities — would have been raised without evidence provided by the RSPB's conservation scientists and the team at Bempton Cliffs. 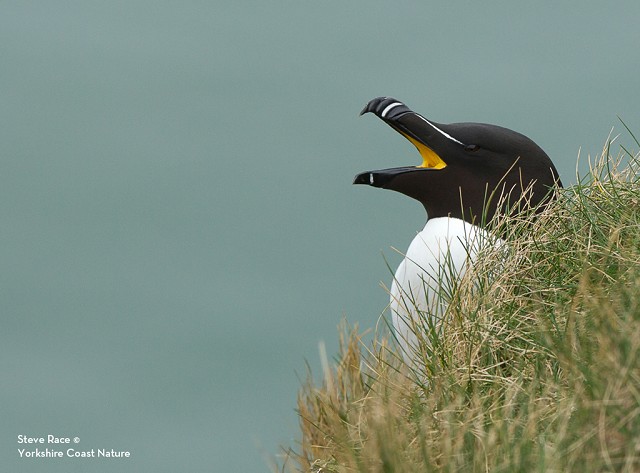 And there's more. Since 2009, studies on Common Guillemot diet have taken place, involving the identification (where possible) of prey items to species level; with the support of Leeds University, Razorbill diet has received similar attentions since this year. More tagging and tracking is planned: earlier this year for example, two Razorbills and a guillemot were tracked for the first time, raising the exciting possibility that auk foraging areas can be also be mapped off the pSPA, while the use of drones and digital photography are also being explored to support whole colony counts. 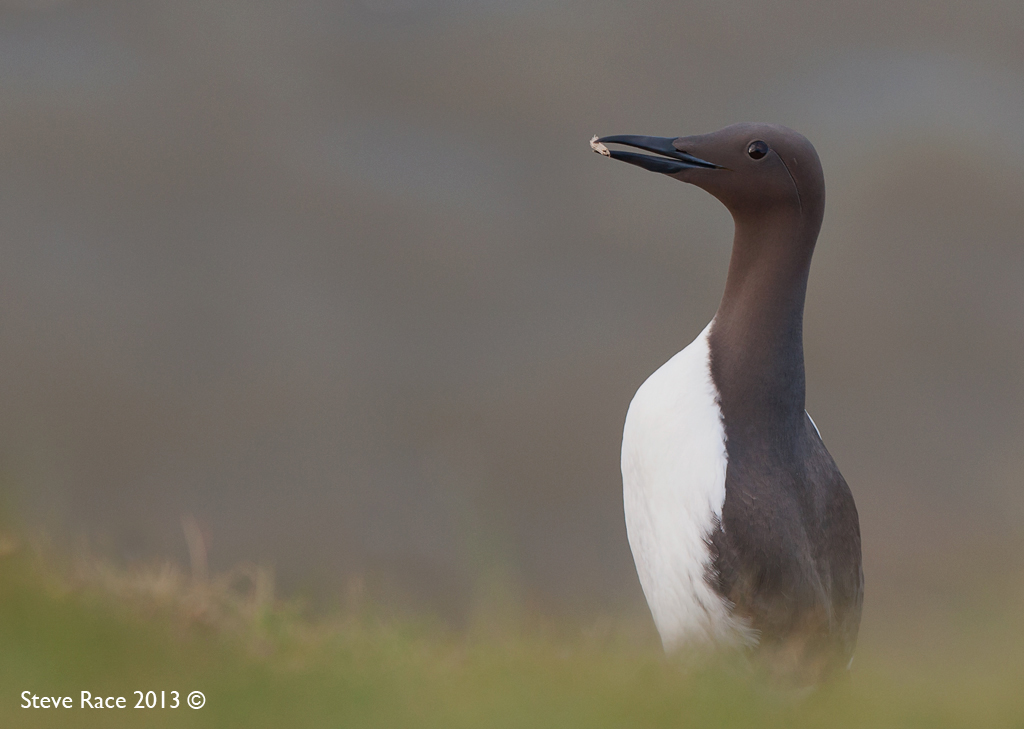 So when you next visit this flagship seabird reserve (highly recommended) and take in the show-stopping panorama from the cliff-top viewpoints, bear in mind the myriad projects and studies which are happening behind the scenes, co-ordinated and carried out by a dedicated team of volunteers and hard-working staff — purposeful birding at its finest. 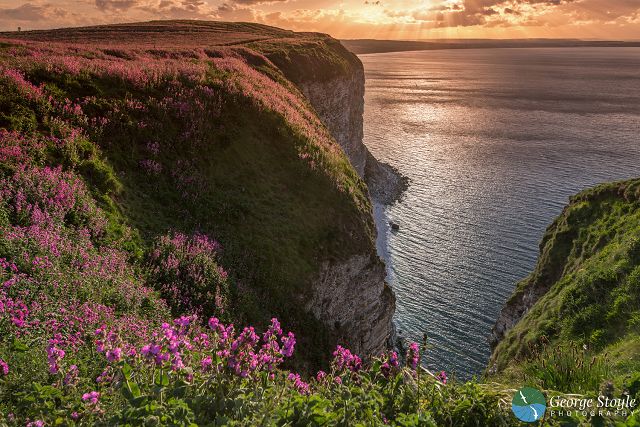