Lift a rock or log anywhere in the country and chances are you'll see beetles from many species scurrying beneath it. These unassuming creatures are often overlooked as more glamorous insects hog the spotlight. But a recent study shows that the populations of an important group of beetles are dwindling, and this could end up being just as problematic as the better-publicised problems of bees and butterflies. The research, published in Journal of Applied Ecology, found that three quarters of the beetle species examined had declined in number over the last 15 years. The abundance of half of these species had fallen at a rate equivalent to 30% per decade.

In general it seems insects across the nation are suffering badly. Scientists warn that these declines, comparable to those seen in butterflies and moths over the same period, are of serious conservation concern. The study focused on ground beetles or 'carabids', the surface-dwelling group that most people will picture if asked to imagine a beetle. Many of these species perform valuable tasks in their ecosystems that we'd miss if they disappeared. More work is needed to link the declines in different areas to environmental conditions to unravel exactly what's behind them. Yet, climate change and alterations to habitats that make the conditions within them less favourable to beetles are probably among the main culprits. This is supported by clear differences between the trends in beetle populations in contrasting types of habitat. When averaged over ten-year periods, mountain-dwelling carabid beetles suffered declines of 52%, while beetles at northern moorland and western pasture sites declined by 31% and 28% respectively. But the upland pasture sites had more balanced increases and decreases across species, and populations in woodlands and hedgerows were also mostly stable. 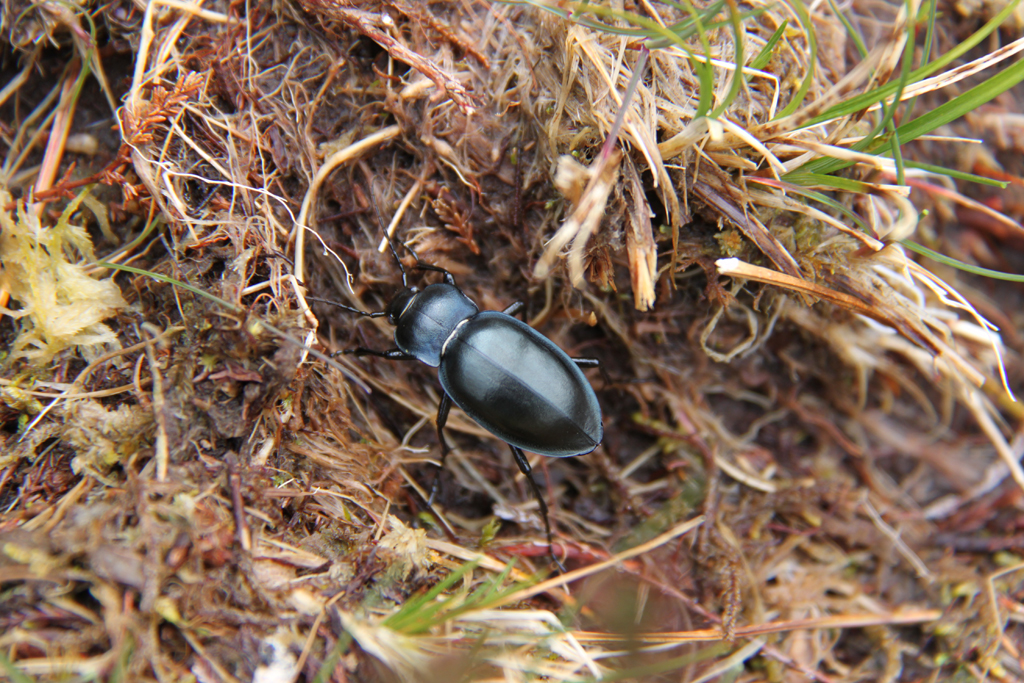 "Our ultimate objective is to guide policy aimed at conserving biodiversity and offsetting the effects of environmental change, particularly if this biodiversity provides us with important services," says David Brooks, an invertebrate ecologist at Rothamsted Research and the study's lead author. "But the interactions between different insect communities and their environment are complex, and we need more research to understand them. [For example] the moorland beetles could be affected both by climate change, which affects the severity of winter and the level of soil moisture, and by changes in land management used to conserve game birds, such as Red Grouse." The team is now working on a follow-up study to investigate these questions.

Perhaps because of their very ubiquity, beetles have received comparatively little attention from long-term monitoring studies. They are among the wide number of variables monitored by the Environmental Change Network (ECN), a programme tracking changes in biodiversity at sites representing different habitats all over the UK, but there's been little research looking specifically at the data on beetles. Brooks and his colleagues decided to redress that, analysing data on ground beetle populations at 11 ECN sites. These are generalist predators that play a variety of important roles both in natural ecosystems and on farmland; most vitally for farmers, they eat a lot of pests like slugs and aphids. This provides natural pest-control services whose value is difficult to quantify but is almost certainly substantial. Carabids also eat huge numbers of weed seeds, helping to stop fields being overrun by unwanted plants. And they are themselves an important food source for everything from birds to small mammals.

"Carabids are ubiquitous and common, so they're easy to survey; there are a lot of different species that are adapted to different environments, so you find rich and interesting communities of them living everywhere from ancient woodlands to the tops of volcanoes. They are important parts of food webs, and provide essential ecosystem services," Brooks says. "On top of that, their behaviour and ecology have been very well studied, so we can understand how they relate to their environment much more readily."

He says it's only now becoming possible to draw firm conclusions from the ECN, which was set up in the early 1990s. It's hard to pick up genuine long-term trends by studying periods shorter than 10–15 years. The study involved researchers from NERC's Centre for Ecology & Hydrology, Rothamsted Research and Dstl Porton. It used data gathered by a wider range of ECN partners including the James Hutton Institute, Countryside Council for Wales, ADAS, Forest Research and the Agri-Food and Biosciences Institute, Northern Ireland.