The BTO today [23rd June 2010] proudly welcomed Chris Packham as its new Vice President. Chris, well-known from the hugely successful Springwatch series, has shown that nature and science go hand in hand and this is something the Trust has promoted since its formation in 1933.

Chris has been watching birds for over 30 years, having been inspired by his secondary school biology teacher. From his early years watching birds in and around the Itchen Valley in Hampshire, Chris has travelled the world in search of birds and wildlife but is still excited by the Britain's birds and in helping to secure their future. 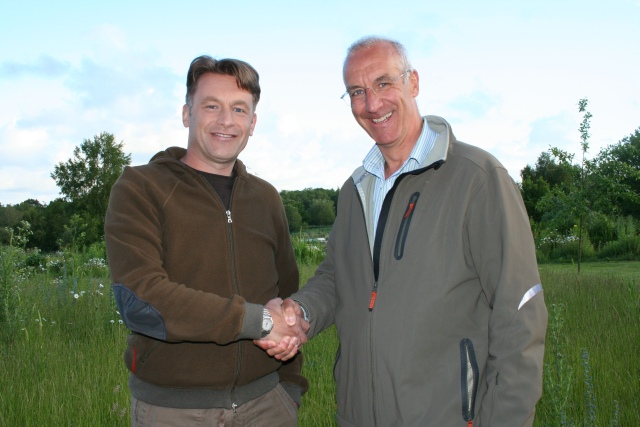 On his appointment, Chris commented: "I am delighted to take up the position of Vice President for the BTO. Everyone can help safeguard the future of our birds by making sure that decisions affecting their environment are based on sound, unbiased science. Sending their birdwatching records to the BTO can help make this happen."

He added: "Birdwatchers make an enormous contribution to our knowledge of bird populations in this country and it is through the BTO that the biggest contribution is made."

Andy Clements, Director of the BTO, said: "It gives me great pleasure to welcome Chris to the BTO. He is the perfect ambassador for the Trust. Chris understands the importance of getting people involved in scientific research, taking part in real citizen science, and BTO surveys are a great way to get involved, from recording birds in gardens to getting out to the wilder parts of the country. There really is a survey for everyone."

Over 30,000 volunteers take part in a variety of BTO surveys throughout the year, collecting information on all of Britain's birds. Data spanning decades is continually being added to, all held on the Trust's database, which now stores in excess of 100 million records, from Goldcrests to Golden Eagles. Information and analysis using this wealth of data have helped conserve Britain's birds in the past, continue to help conserve them now and will be used to help inform conservation action to secure their future.