Back from the Brink. No 9 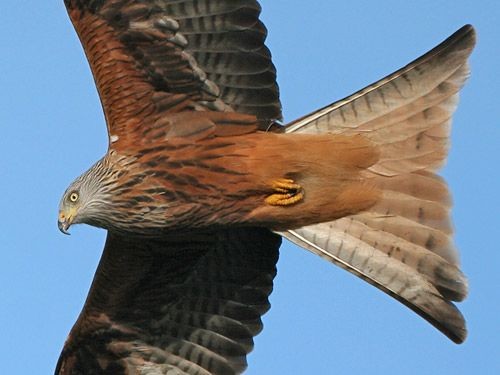 This is the ninth in a series of articles highlighting some of the remarkable success stories achieved by the RSPB though their work to save some of Britain's rarest birds.

Red Kites were persecuted to the brink of extinction as a British bird during the 19th century. With the exception of a carefully protected small population surviving in Wales, the Red Kite was an exceptionally rare species for most of the 20th century.

Despite the slight increase in the Welsh population, there were concerns over the slow rate of expansion so, in 1989, a re-introduction program was set up by the RSPB and the Nature Conservancy Council. As a result Red Kites have been reintroduced to four areas of England since 1989: the Chilterns, East Midlands, Yorkshire and north-east England. The first birds for the re-introduction program came from Spain, but as the Chilterns population grew quickly it produced enough young birds to establish populations in other areas. The final project, Northern Kites near Gateshead in north-east England, began in 2004. Re-introductions also took place in Scotland, with birds brought from Sweden and Germany, and 100 kites were brought from the Chilterns to North Scotland.

As well as ensuring the re-introductions go smoothly, the RSPB, together with their partners, have worked hard to canvas local support for the projects. Part of this process is to demonstrate to landowners that the kites are not a risk to game-shooting interests or livestock. Local economies have also benefited. Touring Red Kite trails have been set up, and enterprising farmers have set up kite-feeding stations to attract visitors.

The future for Red Kites looks extremely good. Most release locations now have self-sustaining populations which are continuing to increase. In addition, the population in Wales has increased to over 400 pairs. Success in the UK is timely, as the European population has declined dramatically. Of all the release areas, only the northern Scotland area poses concerns about the success of re-introductions. Here there have been numerous incidents of illegal poisoning. The same number of Red Kites were released in the Chilterns as in North Scotland between 1989 and 1993, but while the Chilterns population has grown to over 200 pairs, the north Scottish population has remained at only 35 pairs. As a result of ongoing persecution in this region, the RSPB are working with police wildlife crime officers to bring to justice those responsible for killing these fantastic birds. 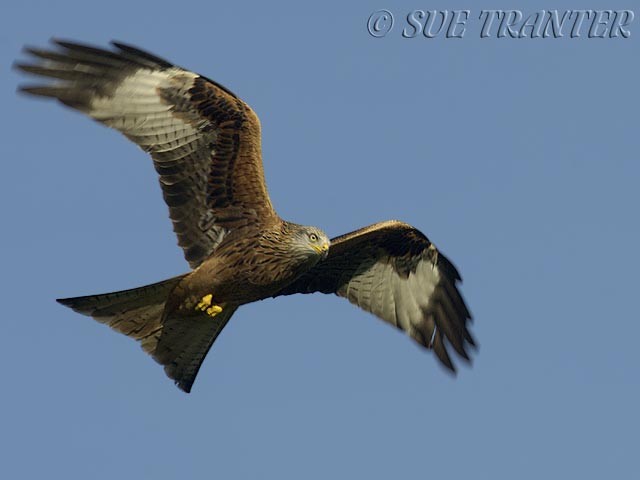