Attempted predation of a Northern Wheatear by an Isabelline Shrike

Ornithologically speaking, the event that has stirred up most interest on my Twitter feed these last few weeks was documenting the attempted predation of a Northern Wheatear by an Isabelline Shrike. The attempted 'kill' only failed when the shrike was momentarily distracted by a Marsh Harrier passing overhead and the wheatear managed to wriggle free from the shrike's clutches and escape.

I was zeroing in on the Northern Wheatear when the attack happened. I should point out I was still in my car, the bird on my side of a track in a field of okra. It was, as is usual in these encounters, staying just ahead of me, moving from bush to bush as I edged forward; distance wise, it was always the wrong side of too far for that classic close-up photograph. Persistence and patience are, as always, the key and the wheatear finally dropped to the ground to feed on a bug so I angled the car across the track to take a decent shot. My camera was already out of the window, when the shrike struck just as I focused. At that point I hadn't noticed the shrike's presence; on reflection I don't think the wheatear had either!

The attack was incredibly fast; it came as if from nowhere. The shrike struck from the rear, landing on the wheatear's back. I just watched, clicked away, trying to keep the scuffling birds in focus, the car still in gear slowly angling closer by the microsecond. By the time the wheatear had escaped and disappeared into the depths of the okra and the shrike had moved to a distant fence line, I was left thinking "what the...", not too certain of what I had just witnessed. Thankfully I did have a good number of usable frames on my camera from the 14-second attack, which were much better than I dared hoped for, given the circumstances.

With plenty of other birds around, I only casually glanced at my images in the field and it was only on arrival at home that I began to appreciate the detail of the attempted 'kill' that was visible in my images. 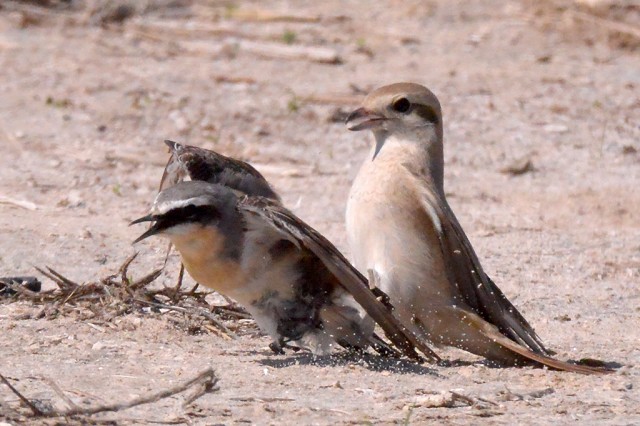 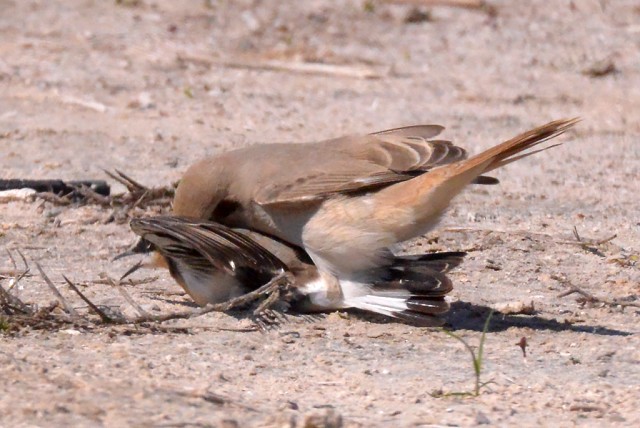 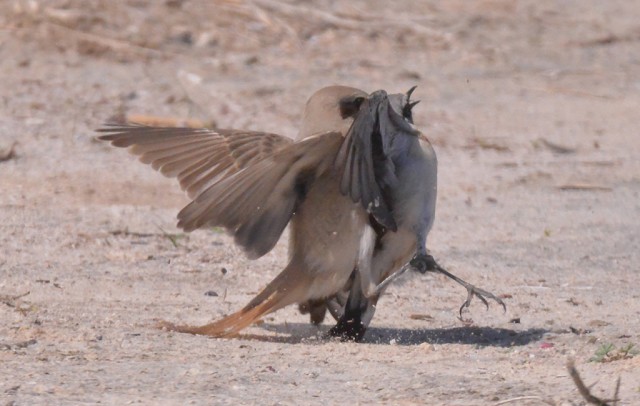 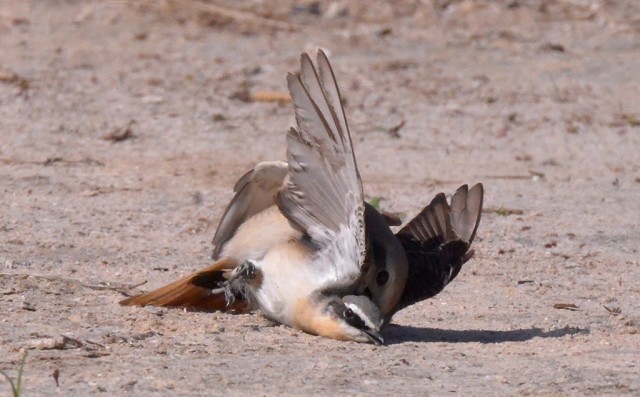 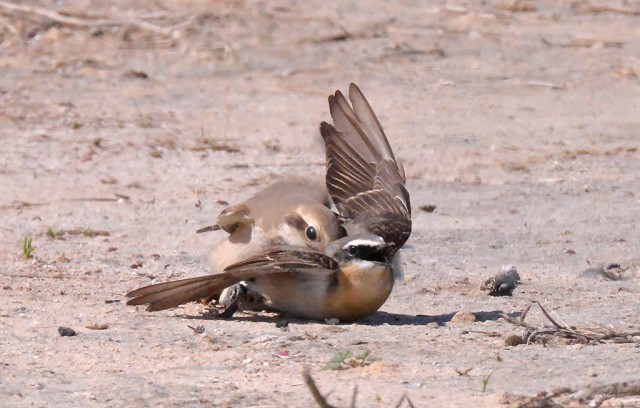 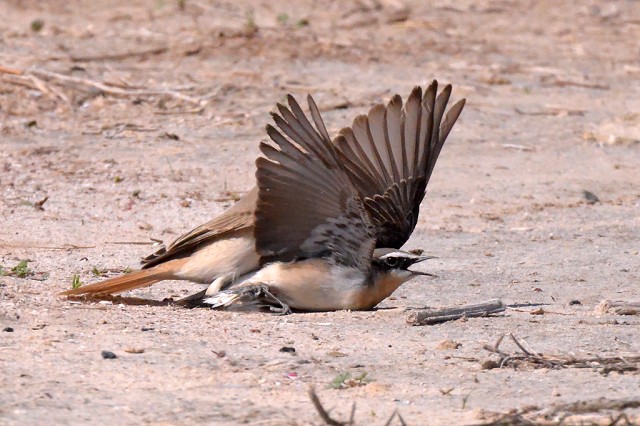 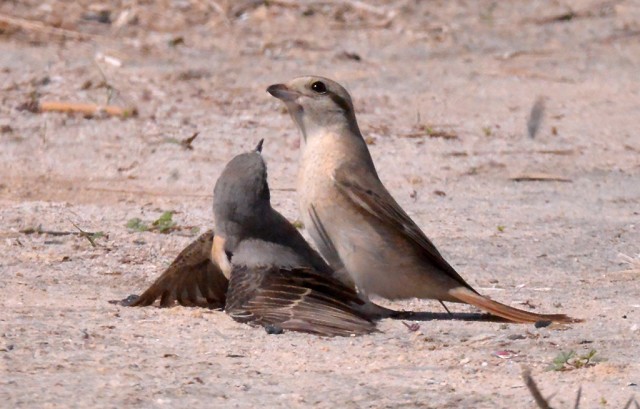 So how does a shrike take down another bird, virtually its own size? The key to the bird's strike was the use of its feet, combined with its natural speed, stealth and strength. It was an extremely rapid and surprise attack from the rear. Clamped on to the femur, the shrike was able to spread-eagle the wheatear's legs, causing the victim to collapse to the ground in an instant. With the victim pinned to the floor, the shrike is perfectly placed to attack the neck and throat as they became openly exposed as the wheatear turns to try and fend off the attacker.

Had the Marsh Harrier not passed over I am certain the outcome would have been in favour of the shrike, and my photo series would have run to a few but bloody dozen more.