On Friday 26 June photographer Shuki Cheled was birding around the Judean plains with a Dutch birding friend. Near the village of Nahala the two encountered a European Bee-eater with something large in its bill. The bird eventually flew closer and the two were amazed to see that the prey was actually a bat! The bat was alive and flapping at first, and was probably a Kuhl's Pipistrelle (Pipistrellus kuhlii).

The bee-eater proceeded to hit the bat against branches, as they do with wasps and bees, until the bat died. The bee-eater spent the following minutes trying to swallow the bat, flipping it over and over, without success. Eventually it flew off, with the bat still in its beak, so the eventual outcome remains unknown.

This is a truly remarkable story: European Bee-eaters are known to feed on many flying insects but rarely take terrestrial prey. They sometimes hunt termites, caterpillars and grubs, but never prey of this size. The only logical scenario I can think of is that the pipistrelle made the mistake of choosing to roost in the Bee-eater's nest cavity and the bird was simply trying to remove the threat, but who knows.

Thanks to Shuki for the wonderful images. 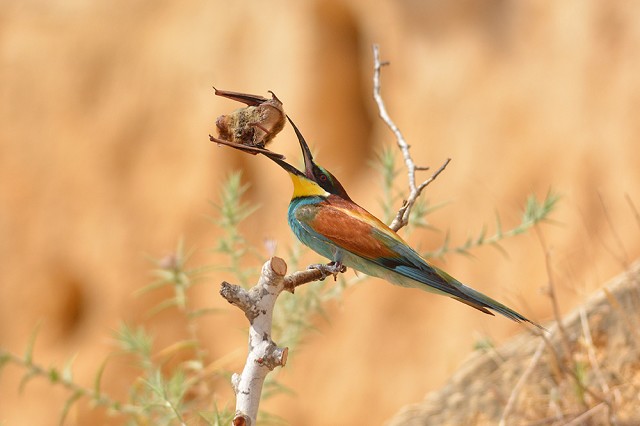 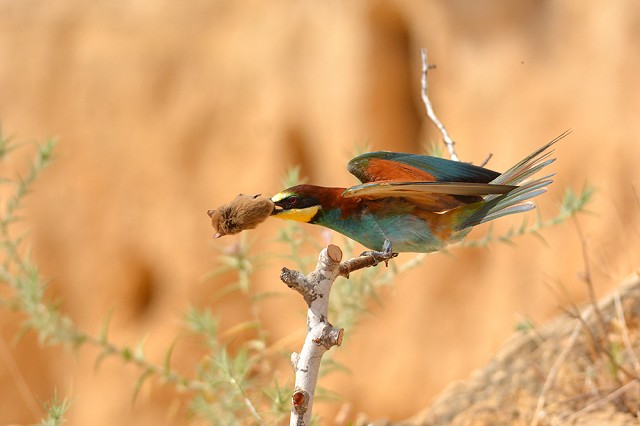 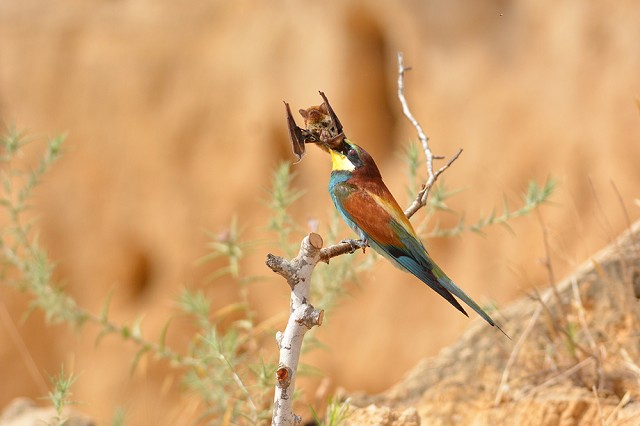 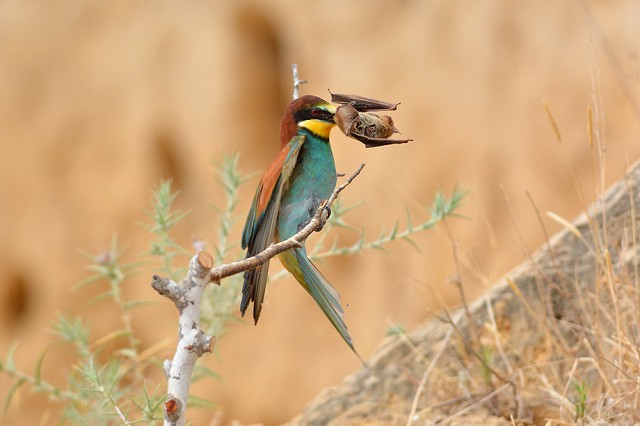