Arthur East looks back at birding in Nottinghamshire

Back in May, in my capacity as Newsletter Editor of the Nottinghamshire Birdwatchers, I received a letter from one of our Life Members, Arthur East. It asked me to congratulate the compilers of the recently published Notts Annual Bird Report for 2008, stating that they had done a 'splendid job'. At the end of the letter, Arthur just happened to mention that he'd been born in June 1910, and was approaching a memorable anniversary. This was worth following up. The letter didn't have a phone number so I wrote to Arthur asking if I could write an article about him. Arthur called me back and I arranged to see him at his home in Derby. 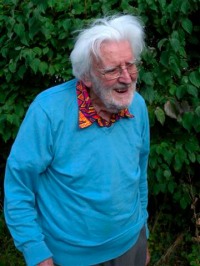 Arthur was waiting by his door as I arrived, a small man with a walking stick, a magnificent mane of white hair and a close beard of what on a younger man would be called designer stubble. He greeted me warmly and invited me in. Just inside the door was a large collection of walking sticks, many with bird and animal heads. His comfortable living room was decorated with several paintings and ceramic birds of his own creation. Arthur told me that he still dabbled a bit with painting. There was also an old glass case of mounted birds that included Red-backed Shrike, Wryneck and Snow Bunting.

I had a quick look at the obligatory birder's bookcase: he had a well-used copy of the Hamlyn Field Guide, bought by all in the 1970s, next to a copy of the current bestseller, the Collins Bird Guide. I also noted a five-volume set of the Handbook of British Birds by Witherby, Jourdain, Ticehurst and Tucker; Gilbert White's Natural History of Selborne; Mark Cocker's Birds Britannica; and a large-volume Birds of Israel.

Arthur walks carefully with the aid of a stick, but gets about remarkably well. He has a few bird feeders in place and loves sitting at his window watching the birds. We settled down with tea for a chat.

Arthur was born in Portsmouth in 1910. His dad was a Royal Marine but the family moved first to Coventry and later to Market Drayton in Shropshire. Arthur loved living in the countryside and was captivated by birdsong. As a small boy he soon became familiar with sparrows, Robins and Starlings, pointed out to him by his mother; later, he watched the rookery near their house. He knew some birds by colloquial names, mentioning Squibbling Lark and Bank Lark. Like most lads at this time, he collected birds' eggs, and by the time he was 12 he had a good collection.

Arthur left school at 14 and started work as an apprentice ironmonger on a wage of 10 shillings per week. There wasn't too much work about and in 1927, aged 17, he took a slow train to Newark in Notts where he'd acquired a position at an ironmongers and agricultural merchants in the town. They also dealt in farm machinery, so he was able to get out into the countryside and he also discovered the pits near North Muskham, where he was to live after getting married. After a few years, Arthur took a job as a Progress Chaser at the Ransome & Marles ball-bearing factory and was to stay here for the rest of his working life, retiring at the age of 62. Ransome & Marles played a large part in the war effort, making ball bearings for all the armed services, including bearings for gun turrets. Because of this, the factory became a target of the Luftwaffe, and Arthur recalled a daylight bombing raid on the factory on 7th March 1941. Arthur still has vivid memories of the raid: the sirens went off at 13:30 and after he got out of the building, he saw a Heinkel He 111 bomber make a low pass, dropping bombs and strafing with machine guns. Arthur hit the deck and remembers seeing the bombs leave the aircraft. 41 were killed with another 165 people injured, Newark's blackest day of the war. 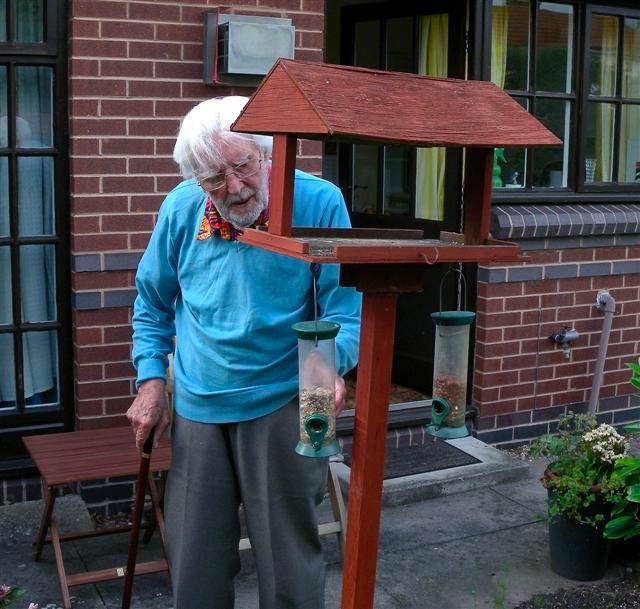 The Trent Valley Birdwatchers had been formed in 1935 by Arthur Mason of East Bridgford and met at the Women's Institute's hall. In 1946, Arthur decided to join the Society. He recalls that it was very dark and the hall turned out to be a large Nissan-type hut; he could hear loud voices inside and these all stopped as he entered, just like John Wayne entering a saloon. He must have made a reasonable impression though, as he was to become the Vice Chairman and later Chairman of the society.

He remembers Jack Staton, who compiled the first ever Notts Bird Report (covering 1946–49), and his friend Austen Dobbs who compiled the next two editions (1950–54 and 1955–57). Dobbs took over as County Recorder in 1961 and stayed in office for over 20 years, also editing the book Birds of Nottinghamshire in 1975. Arthur still has a treasured copy of that 1946 report which he showed me. This reported the breeding record of two pairs of Black-winged Stilts at the Nottingham Sewage Farm in 1945, the first reported breeding of this species in the UK. Although the stilts also returned the following year, they stayed only one day. The Black-winged Stilt became the emblem of the Trent Valley Birdwatchers and continued to be used after the society was renamed the Nottinghamshire Birdwatchers in 1986. This report also carried a record, again from the Nottingham SF, of the first Notts Pectoral Sandpiper, in September 1948. This was a top birding site in those days: it was well watched and in later years produced both Broad-billed and Solitary Sandpipers. Arthur laughed when he recalled that his friends always knew when he'd been on the Sewage Farm. Also in the report were regular sightings of now scarce birds such as Cirl Bunting, breeding Red-backed Shrike, many Nightingales and Wryneck. 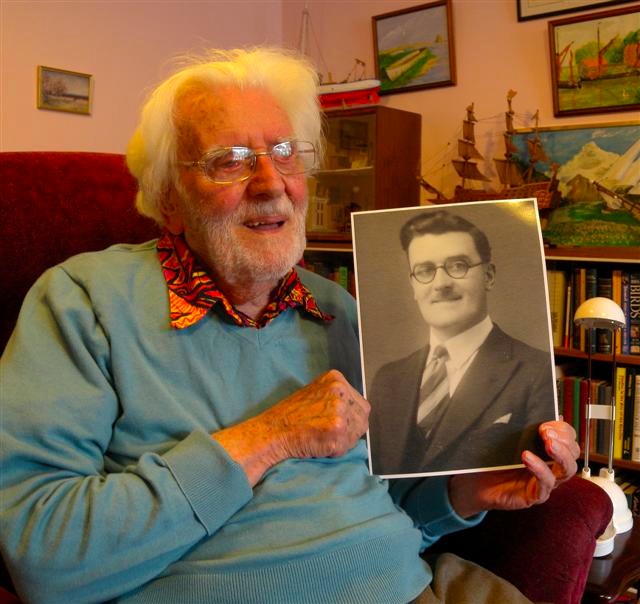 Since retiring in 1972, Arthur has travelled to many destinations, visiting Spain many times, Israel, Greece, Turkey and Morocco, and he had a three-month spell in Barbados doing missionary work for the Christadelphians.

Arthur is a remarkable man; he was driving until he was 90, still looks after himself and gets around very well with the aid of his walking stick. He still looks at the birds around his garden and his small binoculars are never far away. One of the old-school pioneers of British birdwatching, he doesn't see the sense of driving miles to see a bird for five minutes, and has been a member of the RSPB for more than 70 years. He's also a big fan of Bill Oddie, liking his sense of humour.

Soon after Arthur joined the Trent Valley Birdwatchers in 1946, Peter Saunders, the then treasurer, offered him the chance to pay a lump sum to become a Life Member. Arthur took up the offer and reckons he's had his money's worth!