The study comes following news in February that the Spanish population of Little Bustard has crashed – over the period from 1998-2017, numbers have plummeted by 76% across the country, leading the Spanish Ornithological Society (SEO) to recommend that the species should be classified as Endangered. 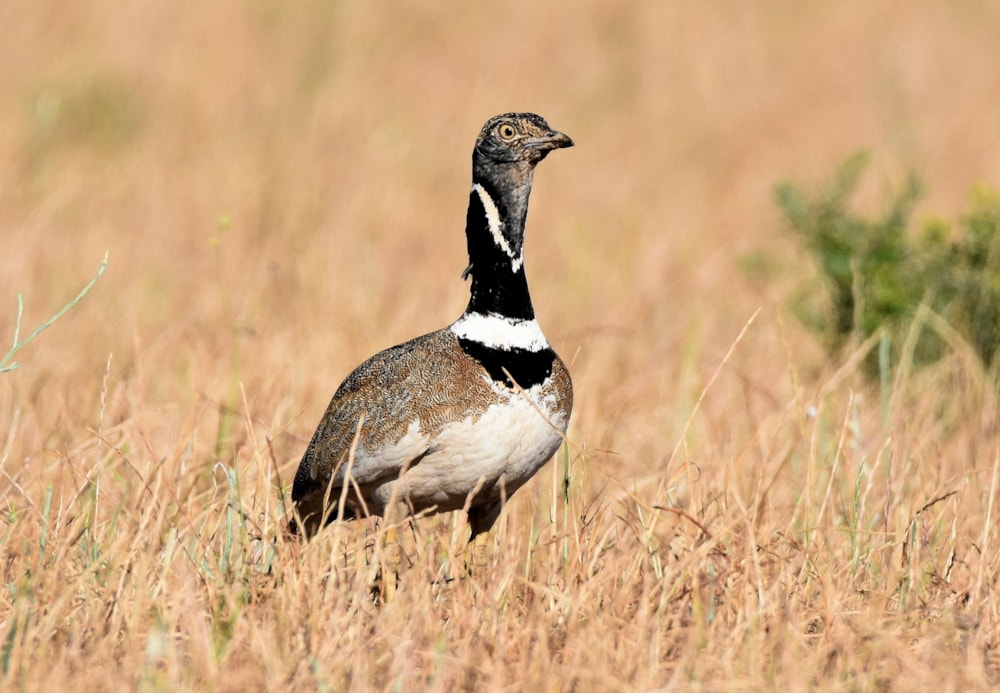 It may be that Little Bustard survival depends on the amount of land dedicated to instense gamebird shooting (W Schulenburg).

In the research, the team documented the spatial-temporal patterns and intensity of Red-legged Partridge releases in the province of Ciudad Real, in Castile-La Mancha, Spain, over a 15-year period between 2002 and 2016. They linked these to the local changes in abundance of Little Bustards, based on two surveys of the species, in 2005 and 2016.

Within the province, it was found some 600,000 Red-legged Partridges were released annually over at least 20% of the area. Releasing intensity varied between estates and fluctuated over the 15-year study period. Overall, numbers of Little Bustards dropped by some 46% between the two surveys, with the decrease being more marked in the west of the province.

However, contrary to expectation, the only hunting estates where Little Bustards did not decrease were those with a higher intensity of partridge releases. This surprising revelation may be a consequence of management measures or other factors that benefit bustards and are more prevalent on those estates than elsewhere, such as game crop provision, predator control or habitat quality.

It may thus prove that the survival of Little Bustard in some parts of Spain may depend on how intensive gamebird releases are and how the immediate landscape is managed with this industry in mind.