On 11 March 2019, Hervé Michel encountered an unusual heron while on a birding trip to Western Sahara.

The bird, present in Dakhla Bay, shows features of both Grey and Purple Heron and was well photographed. It is presumed, therefore, to have been a hybrid Grey × Purple Heron. From the image it appears to be an adult, lacking any signs of immaturity that might render it a second-calendar-year bird. 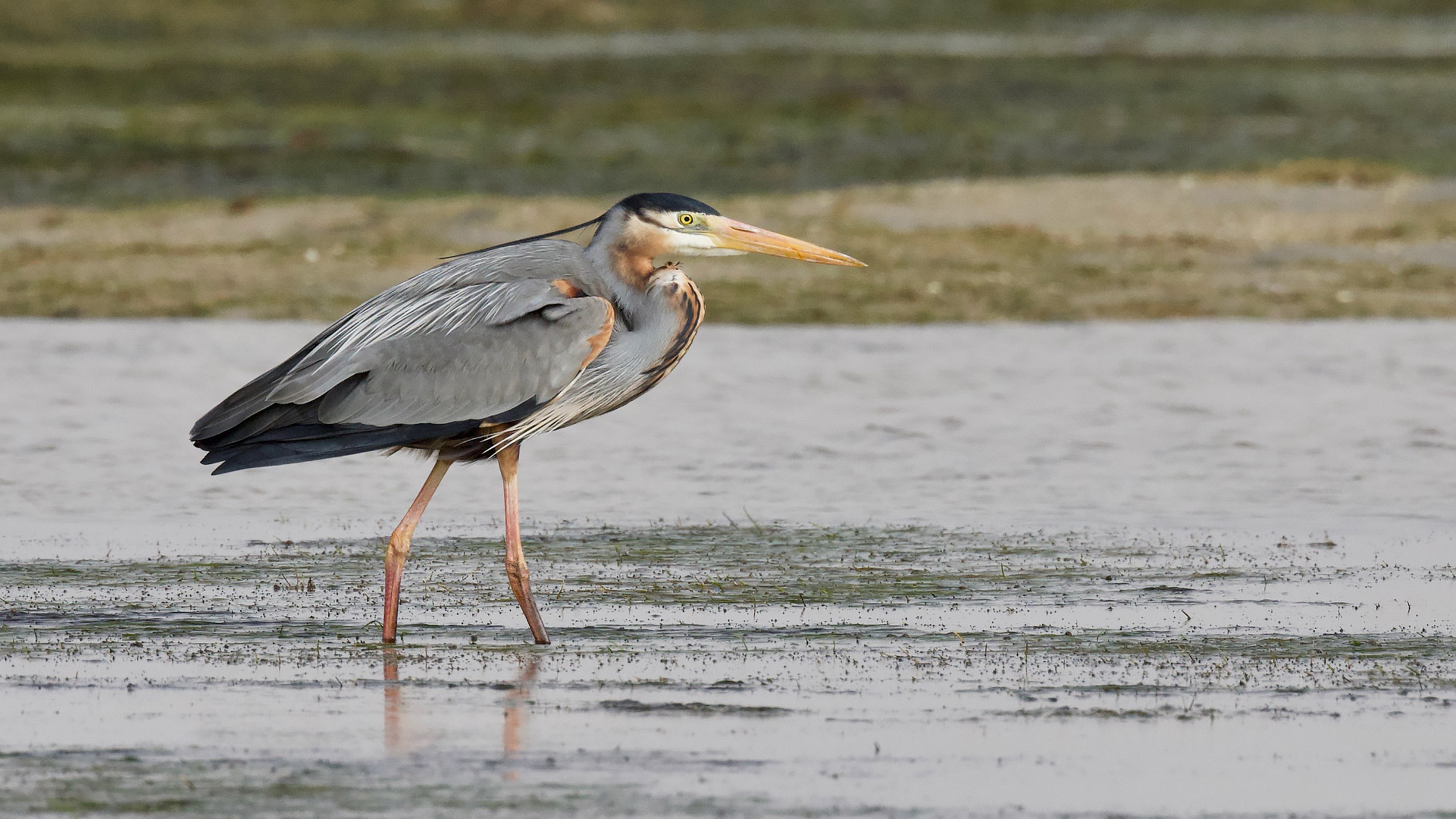 Grey × Purple Heron hybrids are not unknown. These include a presumed example that was photographed in Bavaria in June 2004, while there are also documented records from Hungary, Italy and Spain. Fewer than a handful of claims of this hybrid are known from France. The overall paucity of information and evidence about this combination suggests that this is very rare in the wild.

This is unsurprising given the differences in breeding phenology between the two species. Grey Heron tends to commence breeding early in the season in Europe (for example, eggs are sometimes laid in early February in Britain) and usually nests colonially in tall trees, up to 25 m from ground level. Being a migrant, Purple Heron's breeding season starts somewhat later in the spring than Grey – eggs are laid in late April or early May in Central Europe, although as early as late March further south – and it prefers to breed in reedbeds just above water level rather than high up in trees (although does occasionally higher elevations to nest).

Both species tend to breed in single-species colonies, although are not averse to nesting among other Ardeidae. Nonetheless, it is understandable why hybrids between the two species may occur less frequently than between other members of the heron and egret family, such as egrets, which will routinely breed alongside each other in gregarious mixed-species colonies.