An aberrant Robin in Devon

A Robin completely lacking its characteristic red breast is very unusual sight indeed, but Rob Jutsum was confronted with exactly that while taking a cycle ride around one of his local patches in Chivenor, Devon. Rob detailed the circumstances of the discovery:

"I am a regular local birder in the Chivenor area of Devon, and on Saturday 28 November I decided to cycle along the Tarka Trail with my binoculars and a small digital compact camera (with only 7× optical zoom) in my pocket. Visibility was poor, and the wind gale force 8, gusting 9.

I first saw the Robin flit out from vegetation by the trail, landing on the path approximately 50m in front of me, and watched it begin searching for food among the leaf litter. Parking my bicycle, I took the camera from my pocket but it was at that moment a jogger in a bright pink shirt went past, disturbing the bird!

I waited for things to settle down for some time and eventually the bird appeared again on the path. As soon as it came out a man walked past with his dog, disturbing it again! Of course I was thinking that this was not one of my lucky days when it thankfully appeared on the path for a third time, enabling me to snap a few shots before it flew off into the thicket. Third time lucky!

I waited for a good while before it reappeared and I managed a few more shots of it on a branch at the side of the trail. I posted three photos on the Devon Birds website on 28th and, two days later, Martin Bond did a great job of photographing the bird with his bridge camera as we watched it in challenging weather." 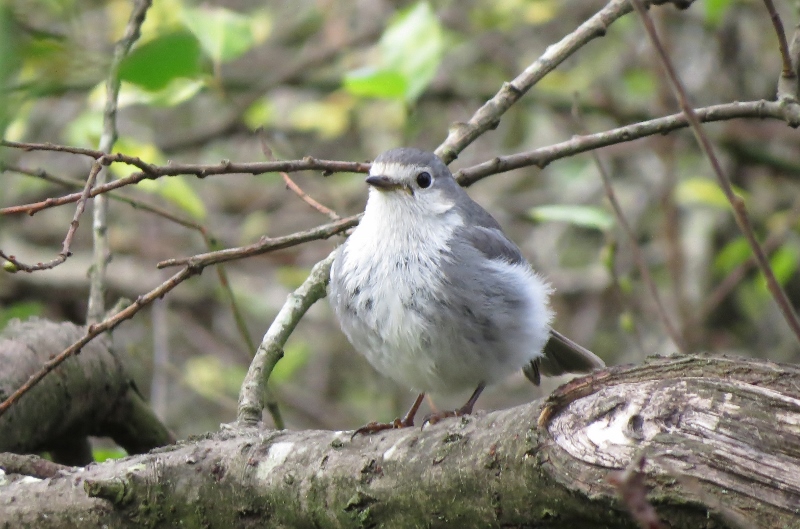 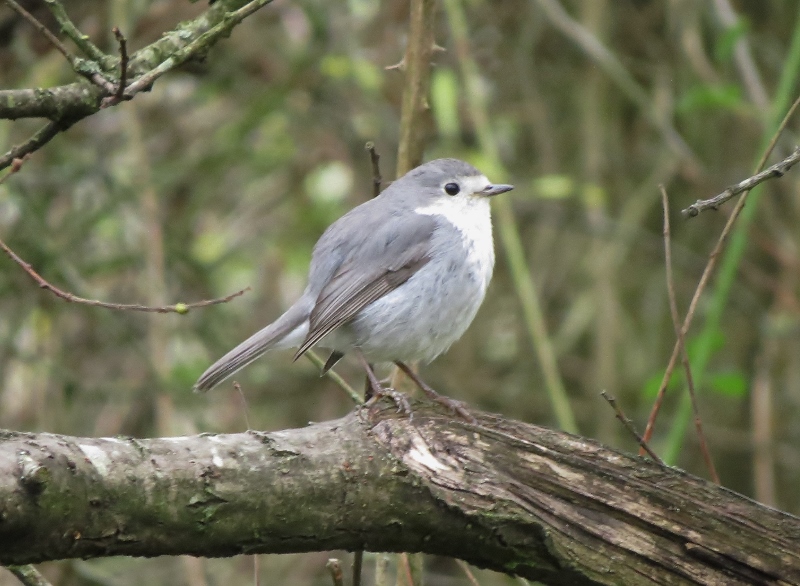 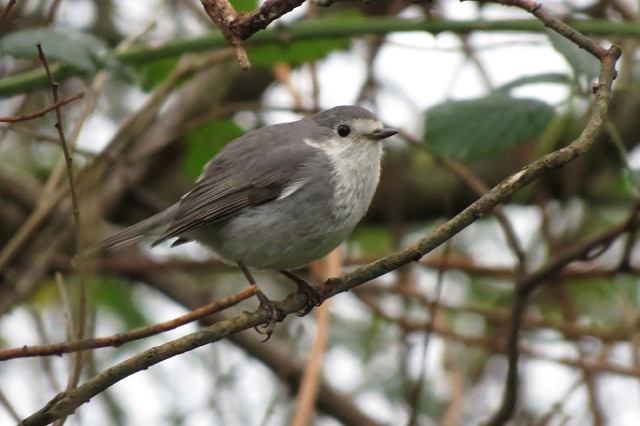 The bird's plumage is extremely striking, lacking any sort of warmth to give a spectral, grey-and-white appearance that would no doubt have many birders' heart rates soaring at first. Interestingly, subsequent research has revealed that several similar individuals have been noted in Britain over the past decade. These include the particularly ghostly individual depicted below, photographed at South Cave, E Yorks, in April 2007, and another trapped and ringed at St Margaret's at Cliffe, Kent, on 5 September 2004. 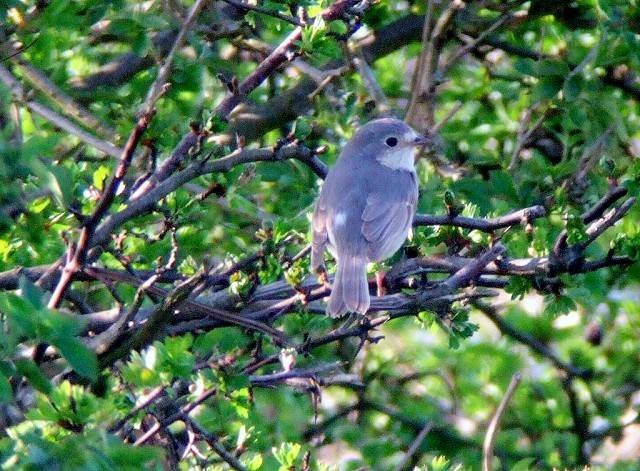 But what causes such extraordinary-looking plumages as these?

"The pale colour of this Robin is the result of a mutation which causes the dilution of both pigments (eumelanin and phaeomelanin; Robins do not have carotenoids), so it is not leucism as suggested in the photo captions. The phaeomelanin seems to be diluted stronger than the eumalenin, but is not fully absent as the forehead and breast still have a pale, cream colour.

Robins with this colour are seen more in Britain, so clearly the gene for this type of dilution is present in the Robin population. I have even seen evidence that they do breed with normal-coloured individuals, so perhaps the orange breast colour in Robins is not so important in the mating process after all…

I often call the dilution of both pigments 'Dilution Pastel', while the reduction of eumelanin only I call 'Dilution Isabel'. You can read my paper in British Birds for more information on this and other colour aberrations."