A summering American Black Tern in Northumberland during 2020 and 2021 has become the first record of a breeding-plumaged adult in Britain.

On 30 May 2020, an adult Black Tern was discovered at the Little and Arctic Tern colony at Long Nanny, Northumberland, departing after 25 June. Returning to the site on 18 May 2021, it remained at the site throughout the summer and was last recorded on 22 July. Widely admired, it would often show at close range among the breeding terns, allowing a number of excellent photographs to be taken. 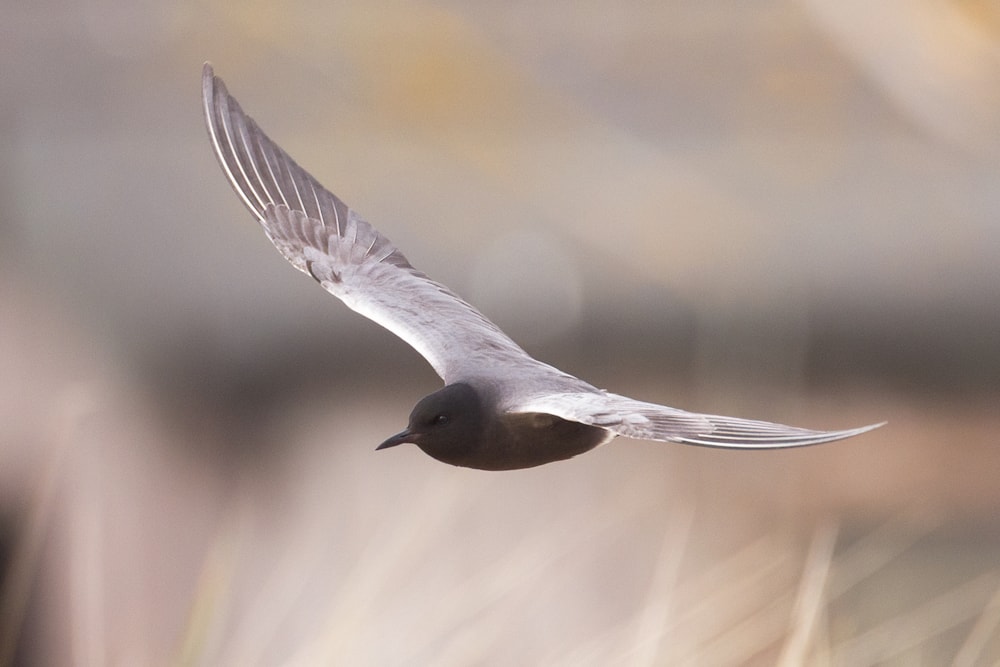 Questions began to be asked locally about the length of the bird's stay and just exactly what it was doing there – a returning breeding-plumaged Black Tern is quite a rarity in the UK. Towards the end of this year's stay, a few local birders, including Ross Ahmed and Gary Woodburn, began to suspect the possibility of American Black Tern owing to the contrasting, jet-black appearance of the bird's plumage. Detailed analysis of photos from the last two years and discussion with several global experts on the taxa agreed with the locals' suspicions, concurring with the identification of American Black Tern – Britain's first record of an adult in summer plumage.

The Palearctic and Nearctic forms of Black Tern are currently regarded by the IOC as one species comprising two subspecies, C n niger (Old World) and C n surinamensis (New World). The former breeds from Spain and Norway east to western Mongolia, wintering along the West African coast and in the Nile Basin, while American Black Tern breeds across the northern half of the USA and southern Canada, wintering between southern Mexico and the north-west coastlines of South America (Heath et al 2020).

American Black Tern was first recorded in Britain in 1999, when a juvenile spent nine days at Weston-super-Mare, Somerset, in early October. There have been just seven records since, all of autumn juveniles. In Northumberland, there is one previous record, a brief offshore visitor to St Mary's Island on 7 October 2019. 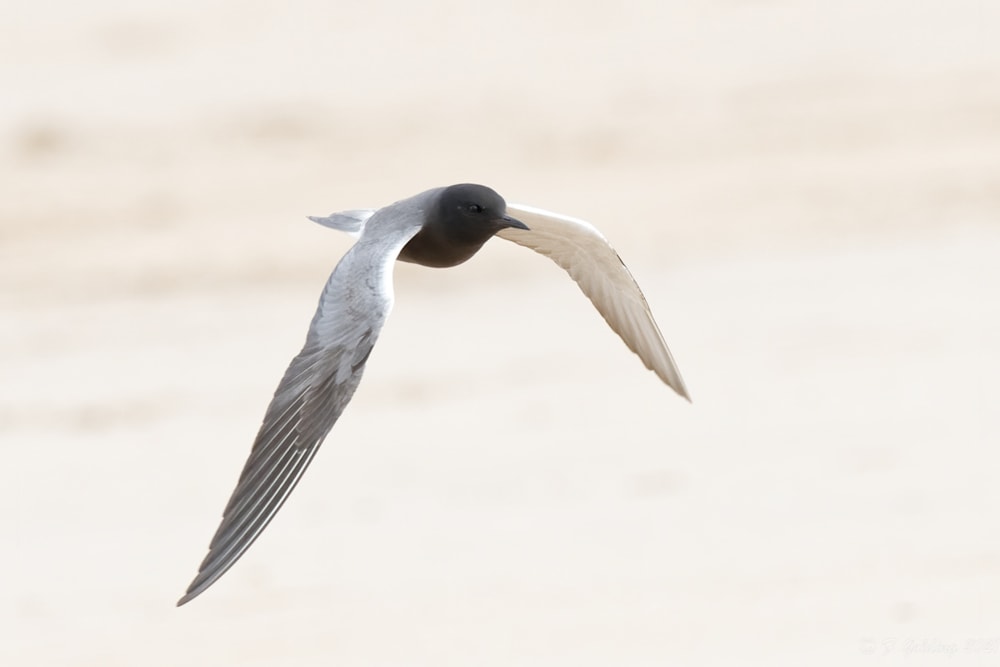 American Black Tern, Long Nanny, Northumberland, 16 June 2021 (Frank Golding).
A gleaming white underwing is readily apparent in this image, as is a whitish leading edge to the wing, both strong pointers towards American. The leading edge extends far over the carpal towards the alula, which is incredibly rare in European birds. Both of these features contrast starkly with the velvet-black head and underparts, another pro-American feature.

Adult breeding American Black Tern is a considerably more difficult identification than a bird juvenile plumage, with the colour of the head and body the first pointers in separating the two taxa. In American, these are a concolourous, velvety black, appearing uniformly darker and blacker than European, instead closer to that of White-winged Tern (Olsen and Larsson 1995; Andrews et al 2006). European Black Tern typically appears sooty black, fading to paler dark-slate body and flanks. The breast and flanks of American can show a brownish hue in the field, whereas this would appear grey in European. 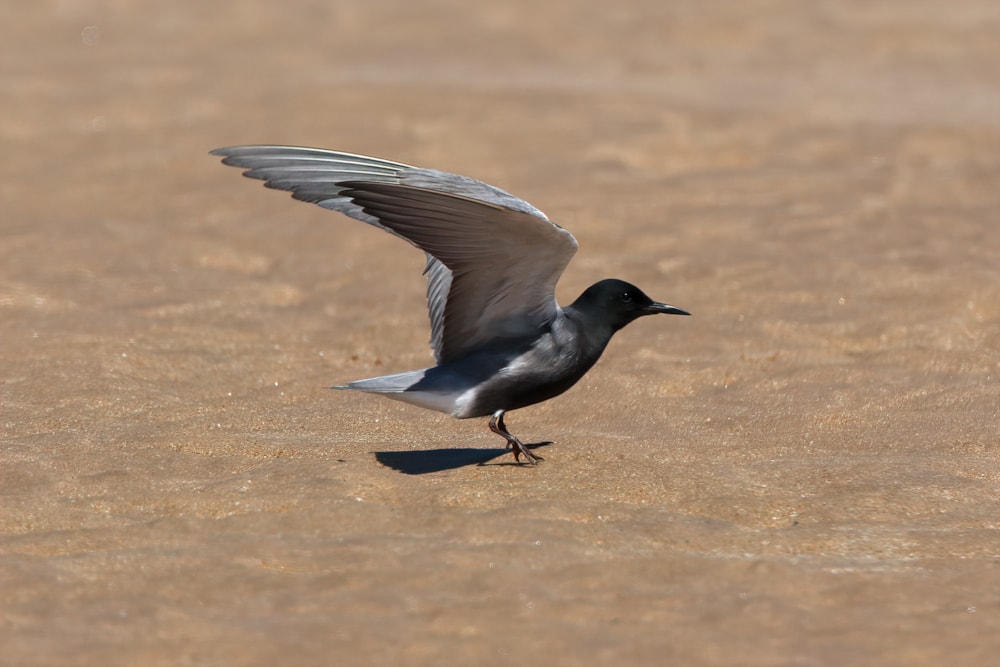 American Black Tern, Long Nanny, Northumberland, 25 June 2020 (Tom Tams).
A noticeable contrast is evident between a crisp white undertail and jet black flanks and vent (European tends to appear more of a greyish-black). Appearing similar in tone and colour to the undertail, a clean white underwing is again evident. The bird is generally highly contrasted, strikingly more so than the varying shades of grey and dark slate shown in European. 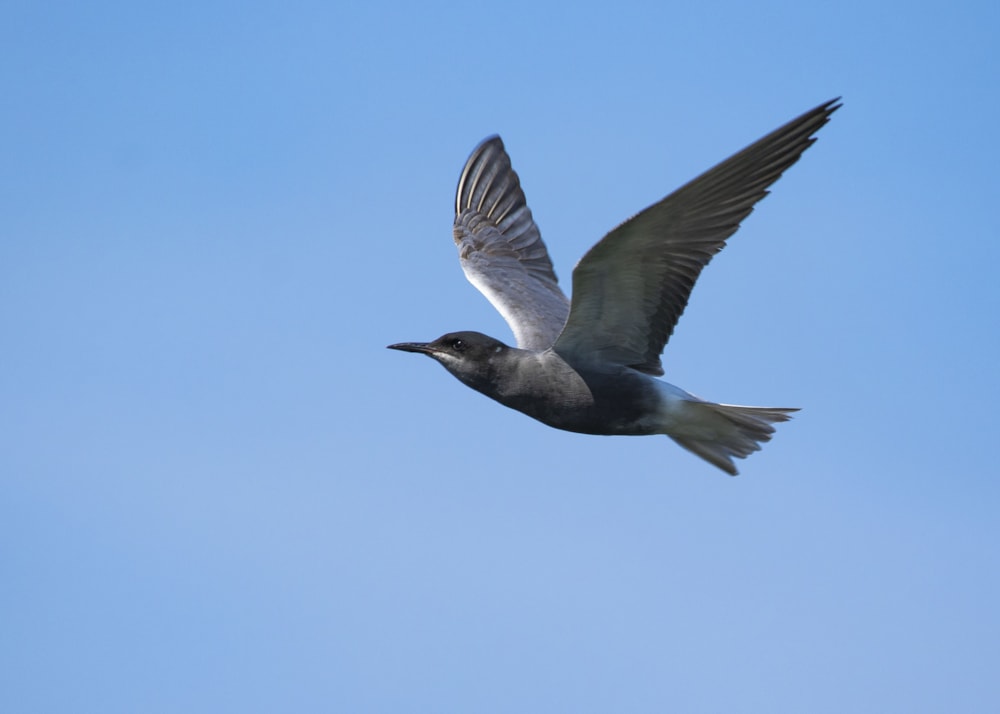 'European' Black Tern, St Aidan's RSPB (Swillington Ings), West Yorkshire, 14 May 2019 (Nathaniel Dargue).
A 'typical' summer-plumaged European has a sooty black head with paler dark-slate body and flanks, lacking the strong, velvety black of American. The underwings are grey, noticably darker than the undertail and showing little contrast with the breast and flanks. Although this individual shows a thin white leading edge, it doesn't appear to reach as far as the alula. Overall, this bird shows very little contrast, largely consisting of varying shades of grey and dark slate.

In American, the underwing coverts are typically white or whitish, generating more contrast with the blacker body. These are usually grey in European, showing relatively little contrast with the dark-slate body. The leading edge of the upperwing appears whitish in American, again akin to that of White-winged Tern (Andrews et al 2006; van Duivendijk 2010). 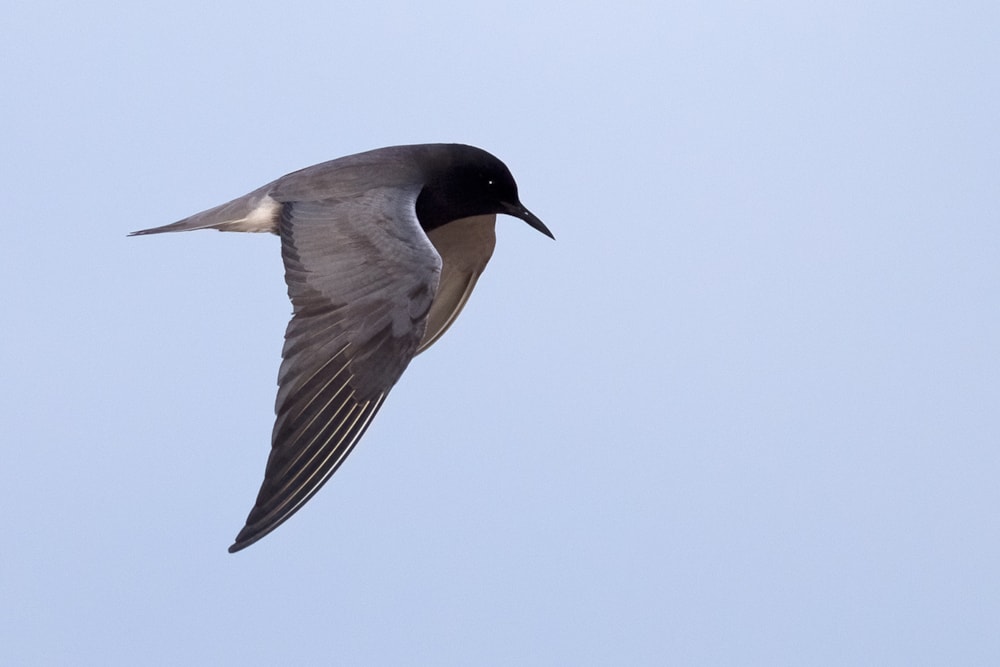 American Black Tern, Long Nanny, Northumberland, 20 May 2021 (Gary Woodburn).
. The black colouration reaches up to and merges into the dark grey mantle (this border is typically more sharply defined in European), while the uppertail covers are a mid-grey colour (generally paler in European). A white leading edge is again apparent, stretching onto the alula, as are a noticeably white underwing and velvety face and underparts.

It is suspected by Andrews et al (2006) that the colour of the gape differs between breeding birds of the two subspecies: in American it appears vermillion in colour, looking pinkish-red in European. In a direct comparison, American Black Terns are noticeably smaller by approximately 10%, while appearing proportionally slightly longer-legged (Hallam and Lewington 2009). 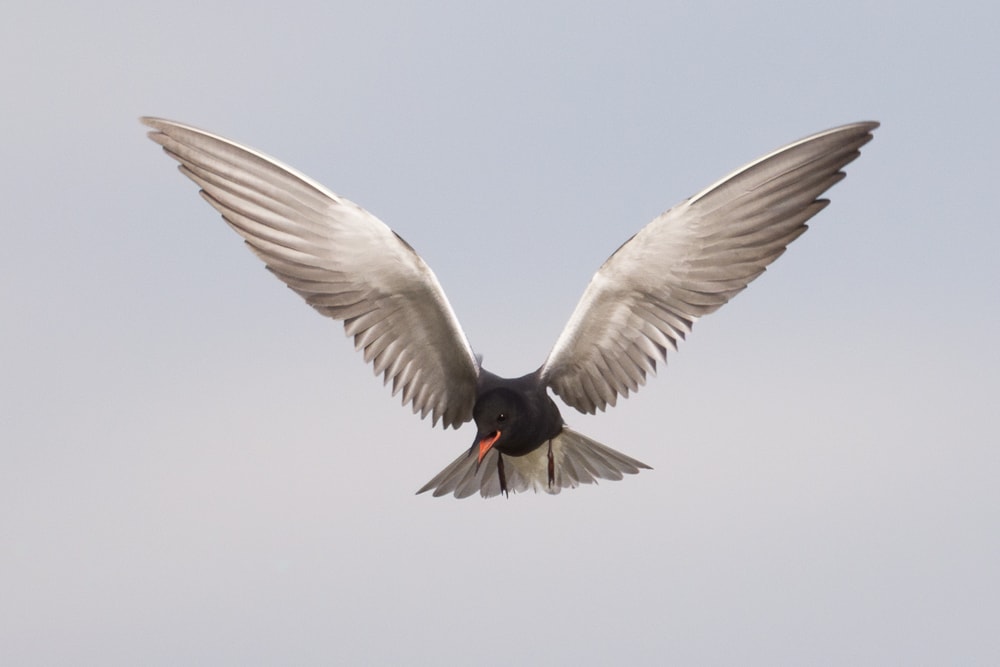 While this is the first record of a breeding-plumaged adult for Britain, there are four records from elsewhere in the Western Palearctic. One was present in Funchal harbour, Madeira, during August 2007 (see here), while three specimens have been collected in Iceland during the summer, all in June (1956, 1957 and 1970). 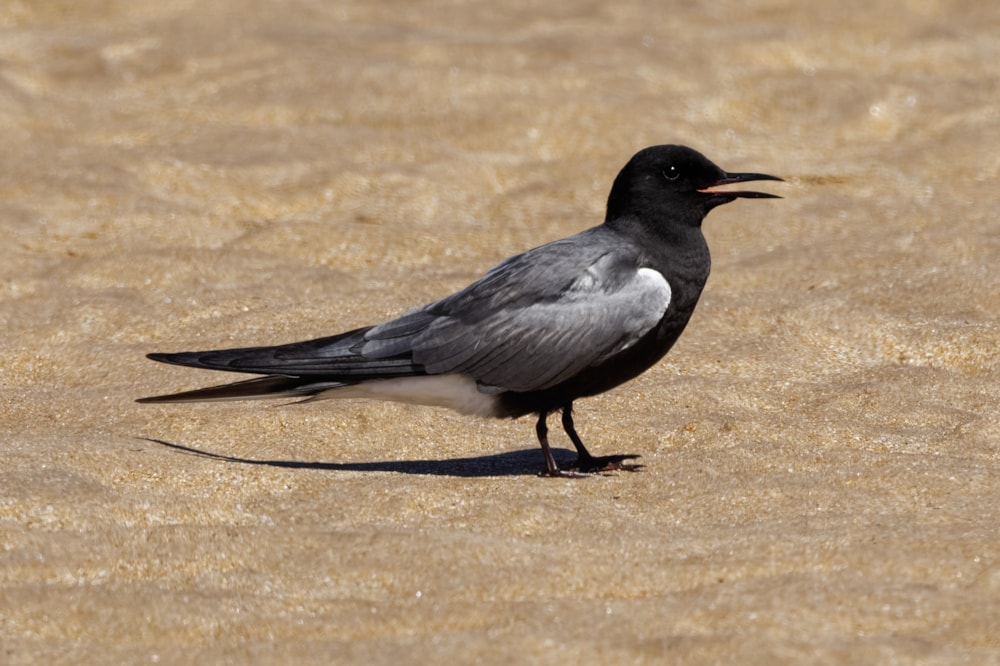 American Black Tern, Long Nanny, Northumberland, 25 June 2020 (Andrew Jarwick).
The thick white leading edge to the wing is visible here when perched, which when combined with an all-black head and belly gives the bird an appearance very reminiscent of White-winged Tern. 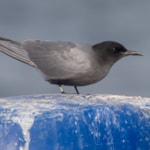 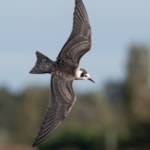