Since being fitted with a satellite tag by the British Trust for Ornithology (BTO) four years ago, Chris the Cuckoo, named after TV wildlife presenter Chris Packham, has travelled more than 60,000 miles – the equivalent of flying twice round the world, and he's taken in 22 different countries along the way!

Britain has lost a staggering 72% of its Cuckoo population over the last 25 years. In a bid to find out what's driving this decline, the BTO fitted five Cuckoos with state of the art tags to enable them to follow the birds as they made their way out of Britain to Africa for the winter. The tags were believed to have a lifespan of around 2-3 years and during that first migration three birds were lost but they gave us a wealth of information, unveiling for the first time where exactly our Cuckoos went for the winter; the Congo rainforest in central Africa. Importantly this work has also unlocked the routes they took to get there. 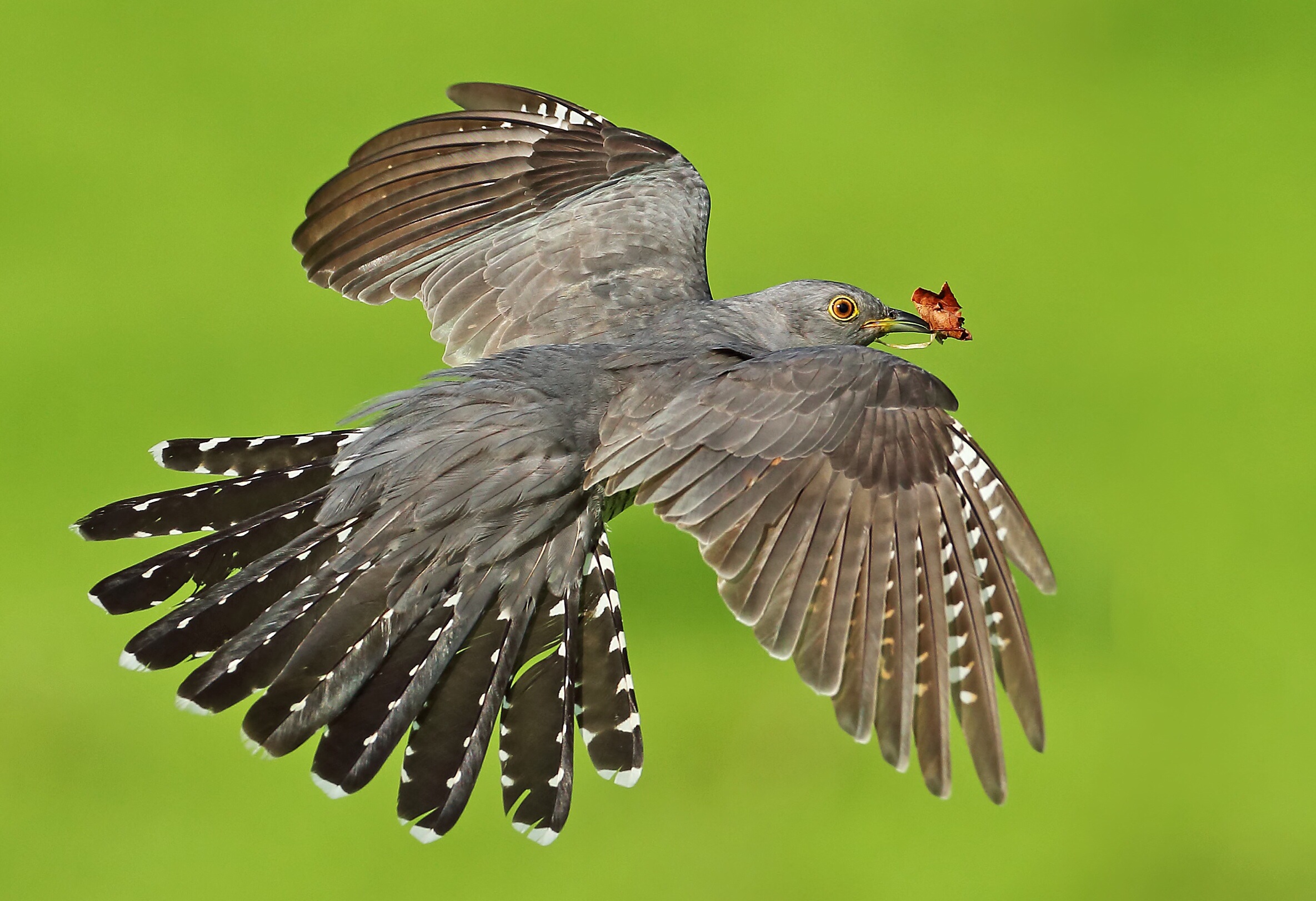 Of those first five, Chris is the only Cuckoo still going, and still transmitting live data, far exceeding the expectations of the scientists that are leading the project at the BTO. He is currently in the Congo rainforest, having arrived at his favoured winter location on 25 October, completing a journey that began for the scientists following him in May 2011 and that has taken him on a 60,000-mile odyssey of discovery.

Dr Chris Hewson, lead scientist on the project at the BTO, said: "Chris the Cuckoo is a real hero of ornithology, the tag he is carrying has helped us to understand the pressures that he and our Cuckoos face on what is a pretty hazardous migration to Africa. He has survived sand storms, hail storms, an exceptionally cold, wet summer, predators over the Mediterranean and in the Congo rainforest, and has crossed the Sahara Desert a whopping seven times since we started following him. We have everything crossed in the hope that he makes it back next spring."

Chris Packham, TV Wildlife Presenter and President of the BTO, said: "Chris deserves a medal for what he has given to the understanding of bird migration, he is a truly remarkable bird. But even more remarkable is the way in which BTO scientists use the very latest technology to produce contemporary science and then communicate it to a wide audience. It would be so easy to lose this in scientific journals but thanks to the BTO we can all watch enthralled as Chris and all of the other satellite tagged Cuckoos make their way across the globe. I'm rooting for all of them and can't wait until they begin their return journeys back to the UK next spring."

You can follow Chris, and fifteen other satellite tagged Cuckoos on BTO's website. If you are looking for a Christmas gift with a difference, you can sponsor one of the BTO Cuckoos for as little as £10.00 and help to inform Cuckoo conservation, just visit www.bto.org/cuckoos.