A new study has documented the surprising depths that some Black-browed Albatrosses can dive to.

Albatrosses, iconic aerial wanderers of the oceans, supremely adapted for long-distance dynamic soaring flight, have traditionally been considered poorly suited to diving. Many previously published studies have backed up this view, suggesting that most albatrosses feed at or near the surface.

However, researchers used miniature electronic depth loggers (TDRs) to demonstrate that Black-browed Albatrosses dive to much greater depths – and for much longer periods of time – than previously thought. 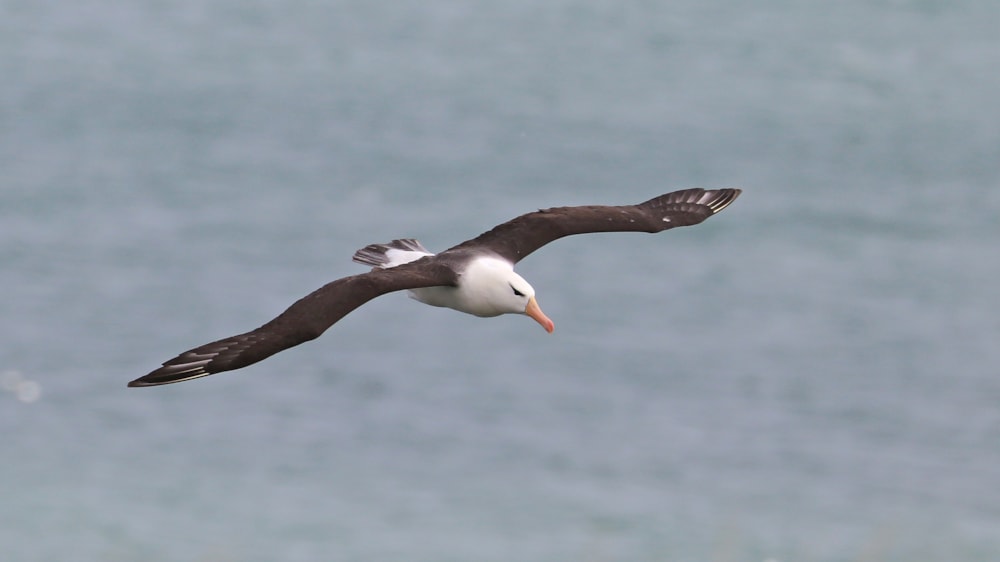 Further evidence that diving may be a significant behavioural adaptation in some albatrosses came from co-deployed 3-axis accelerometers showing that these deeper dives, which occur in most individuals tracked, involve active under-water propulsion, sometimes with bottom phases typical of active prey pursuit. Furthermore, the team found that diving occurs primarily towards the beginning and end of long-distance foraging trips, with deeper dives occurring exclusively during daylight or civil twilight, confirming the importance of visual guidance.

The discoveries are significant for conservation, filling knowledge gaps in underwater behaviour of albatrosses. Bycatch in the fishing industry is thought to be driving many population declines among this threatened family of seabirds. The findings suggest that bycatch risk may extend much deeper in fishing operations such as pelagic longlining than previously thought, but its restriction to daylight hours confirms that setting baits at night could still be part of effective mitigation used by fishermen.