To many people, Alaska seems not only a long way away but also a cold and inhospitable place. Many will know it has a wealth of wildlife but assume it would be too expensive to visit and the weather would make it unsuitable as a holiday destination. Others will connect with Alaska through glossy Sunday supplement advertisements as part of a cruise from Vancouver up the coast to somewhere like Whittier and then a quick flight home. 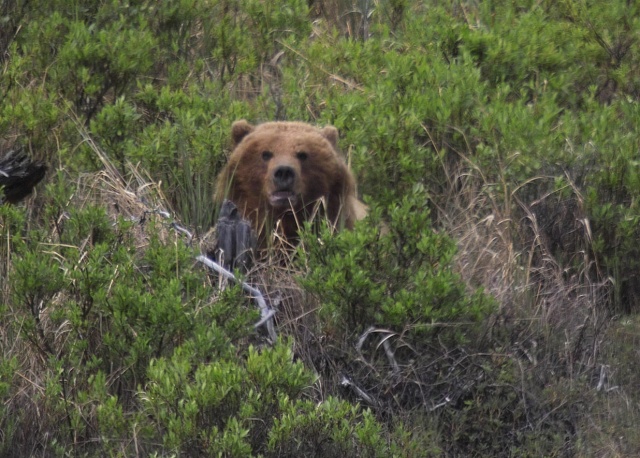 The truth is that the real Alaska starts at Anchorage, the weather can be indifferent but also fine in June, the people are friendly and very hospitable and the wildlife is truly spectacular. A trip need not cost you that much either. I have visited three times and my most recent tour started with a British Airways flight from Heathrow to Seattle followed by an Alaskan Airlines flight to Anchorage, all for around £700 return.

I stayed with my good friends Ken and Judy Marlow at Soldotna on the Kenai Peninsula. With their children Leanne and Neill, they run a fishing and wildlife viewing venture with their own cabins and boats. There are many such ventures and perfectly good bed and breakfast accommodation as well. A car is essential and can be easily rented at Anchorage airport. 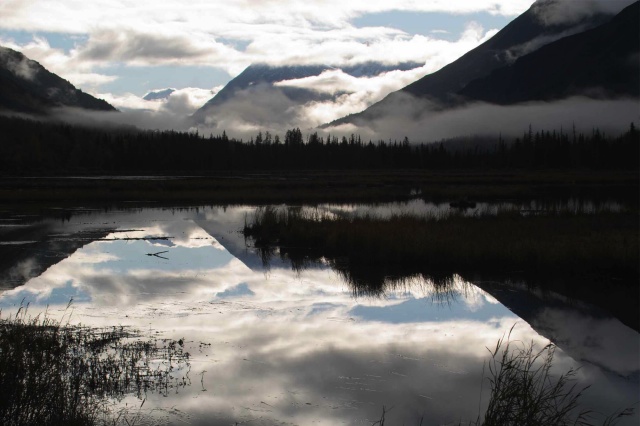 The first thing to remember is that Alaska makes up one seventh of the USA - IT IS BIG. In two weeks you could try flying yourself all over the place to try to see as many birds as possible, but it will cost you a fortune and you could be very unlucky if the weather turns bad. My recommendation is spend at least a week on the Kenai Peninsula and then, if you choose, go north to the Denali National Park and drive the Denali Highway, a gravel road of 190 miles that will get you into real tundra with the chance of breeding shorebirds and wildfowl. 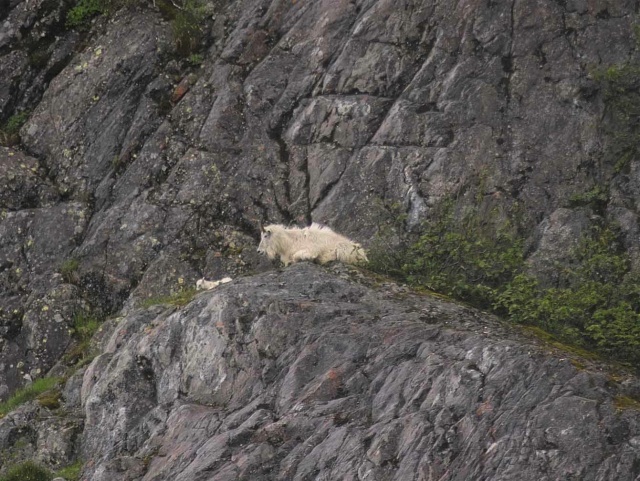 My most recent trip was two weeks spent entirely on the Kenai. This area claims to have all the habitats of Alaska in miniature. There is some truth in this. Firstly, there are the lofty Chuchach and Kenai Mountains and the very impressive Harding Icefield (the latter the largest continuous are of ice in the United States). These lofty peaks have some bird interest, with Gray-crowned Rosy Finch being a main target for Brits. The cable car at Girdwood gives easy access to the snowy tops and a chance to find this species, along with three species of ptarmigan: Willow Ptarmigan is our Red Grouse, Rock Ptarmigan the same one we see in Scotland, but White-tailed Ptarmigan is an American species that most need for their list. These mountains also have good populations of Mountain Goats and Dall Sheep and, in summer, Black Bears.

There are also substantial areas of wet tundra and river estuaries, particularly in the coastal area alongside the Cook Inlet. The Kenai Flats and the flats at Homer attract large numbers of migrating shorebirds and some stay and nest. All American shorebirds are of interest but Surfbird, Black Turnstone and Rock Sandpiper are musts for most; however, you need to visit no later than mid-May to be sure of catching up with these species. Small numbers of Hudsonian Godwits breed around Kenai, as well as Greater Yellowlegs, Short-billed Dowitchers and Wilson's Snipe. Sandhill Cranes are also very numerous and large congregations can often be found. Cackling Geese, White-fronted Geese and Brants are also regular on passage. The tundra itself also attracts some shorebirds, such as Least Sandpiper, but for those interested in mammals as well there is a real chance of seeing Caribou and, if you are really lucky, some of the Timber Wolves that follow the herds. 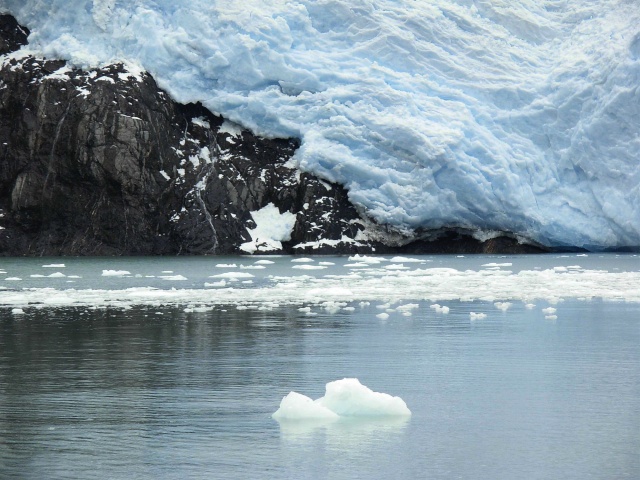 The worst time for biting insects is from July onwards and large numbers of Tree and Violet Green Swallows take advantage of this. Cliff Swallows are scarcer but nesting colonies can be found by road bridges. 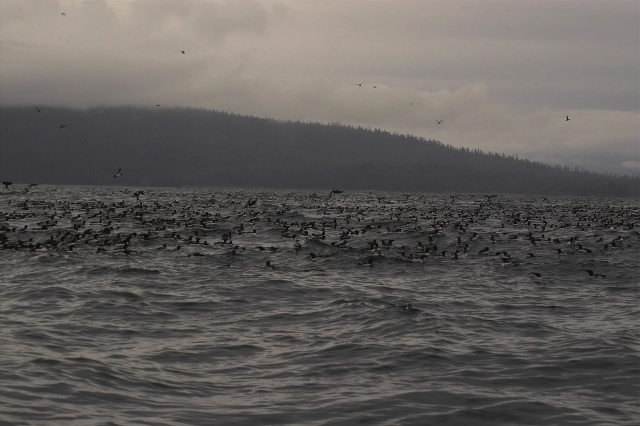 The marine areas are particularly rich and provide perhaps the greatest wildlife spectacular of all. Regular boat tours leave the harbour at Seward to explore Resurrection Bay and the Kenai Fjords and its attendant glaciers. These voyages also visit the Cresswell Islands with their huge seabird colonies. These are enormous and include thousands of Kittiwakes, Common Murres (Guillemots), Tufted and Horned Puffins. Others include Rhinoceros Auklet, Marbled Murrelet, Ancient Murrelet, Parakeet Auklet, Pigeon Guillemot and just a few pairs of Thick-billed Murres (Brünnich's Guillemot). Double-crested, Pelagic and the scarcer Red-faced Cormorant all make up the scene whilst Bald Eagles patrol the lofty forest-crowned islands for prey. 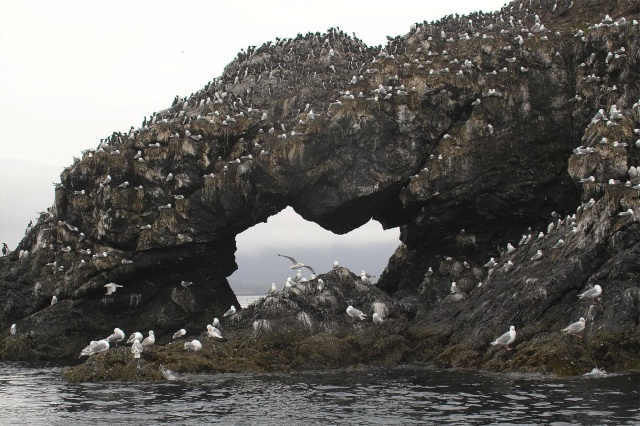 The marine spectacle is enhanced by the mammals regularly seen. Steller's Sealions haul out onto flat rocks, Harbour Seals prefer the ice floes under the glaciers, Dall's Porpoises follow the bow of the boats, Sea Otters lie on their backs like humans in the bath and, perhaps most dramatic of all, Humpback Whales and Orcas put on amazing performances easily viewable from the boat decks. 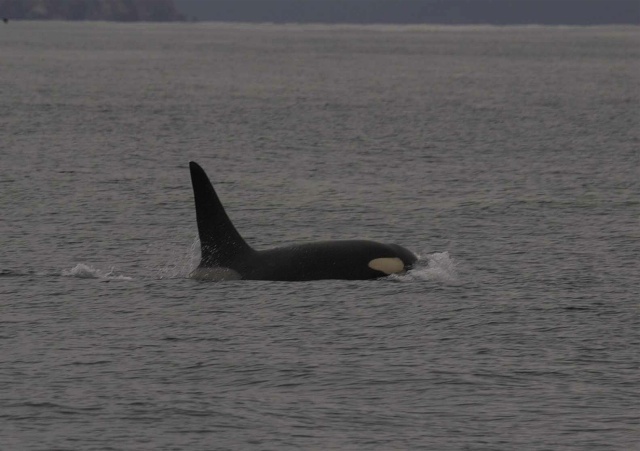 At Homer it is also possible to get boat trips out into Katchamak Bay. If the weather is stormy, Fork-tailed Petrels, Sooty and Short-tailed Shearwaters may enter the bay. What is more certain is that Aleutian Terns will be visible, as one of the main breeding colonies is nearby. Kittlitz's Murrelet is also a regular find out in the bay and Gull Island is a small group of rocks with probably 20,000 birds, most of which are Kittiwakes and Common Murres. Flocks of sea ducks are also visible, with Surf Scoters and Harlequins being the most apparent. Barrow's Goldeneye is another species to watch out for in these marine waters, and if you are brave enough to visit in winter then King and Steller's Eiders will also be present. 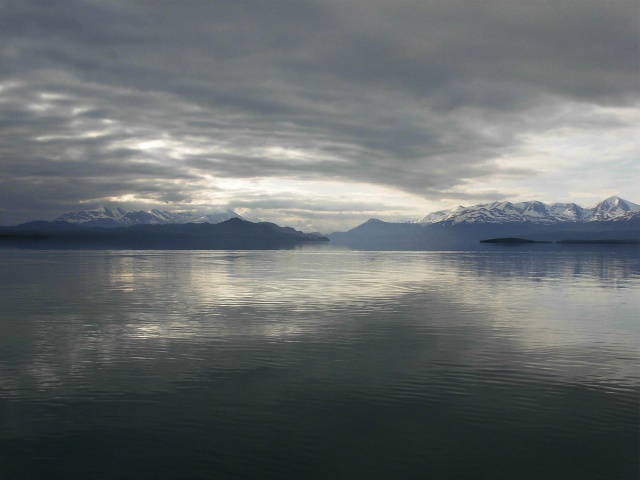 The rivers and lakes of Kenai are most famous for their salmon runs. Thousands of people travel there every year in an attempt to at least emulate the record 90-pound King Salmon caught on that river. These wetlands are also another superb wildlife habitat. Common Merganser (Goosander) and Red-breasted Mergansers are really common, but American Wigeon and Pintail also breed along the waterway. Red-necked Grebes, Common Loons (Great Northern Divers) and Pacific Loons are widespread on all rivers and the thousands of lakes, and Greater Scaup and Ring-necked Ducks also breed. Colonies of Mew Gulls (Common Gulls), Bonaparte's Gulls and Arctic Terns are widespread and again Bald Eagles are everywhere. On shingle islands and beaches Wandering Tattlers breed sparsely but can be found with tenacity. American Dippers and Belted Kingfishers are a regular sight hunting along the edges, and mammals include River Otter and Beaver - the latter creating many valuable little ponds for spawning salmon and other wildlife. 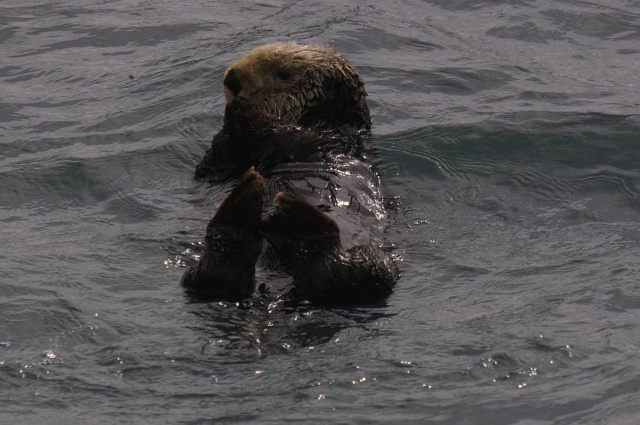 Last but not least, Kenai is covered with thousands of acres of forests. These vary from the stunted spruces of the tundra edge to mature mixed forest including that referred to as rain forest on the southerly-facing coasts. The latter is home to the Rufous Hummingbird, best looked for in the area of Seward. Many houses have feeders out and tolerate polite intrusion to get a view. Chestnut-backed Chickadee is another speciality of these woodlands. 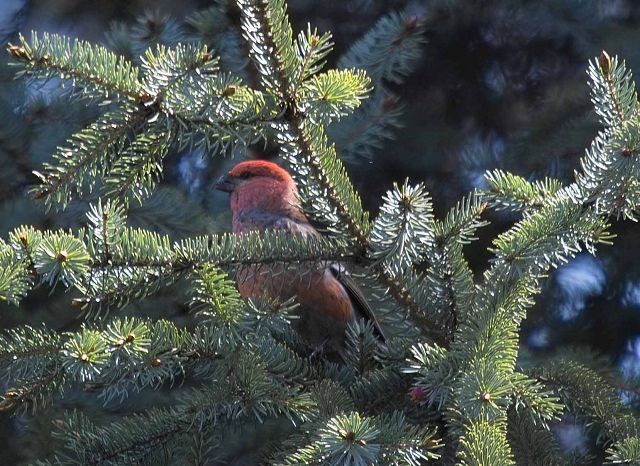 Elsewhere the forests support many interesting bird species. Pine Grosbeaks occur, as do Common Redpolls, Pine Siskins and White-winged Crossbills. Red Crossbills are scarcer but all come to feeders regularly. Northern Juncos and White-crowned Sparrows are perhaps the commonest passerines, along with Yellow-rumped Warblers. Orange-crowned, Wilson's, Blackpoll and Townsend's Warblers are all regular in these forests. Corvids are well represented, with both Grey and Steller's Jays and American Magpie, now split by American taxonomists from our own European Magpie. North-western Crow, as its name implies, is confined to the northwest of the USA and, although similar to American Crow, needs adding to the list. Black-capped and Boreal Chickadees, together with Red-breasted Nuthatches, also occur. Spruce Grouse are numerous but can be elusive; watch them early and late in the day by gravel roads as they come to pick up grit. 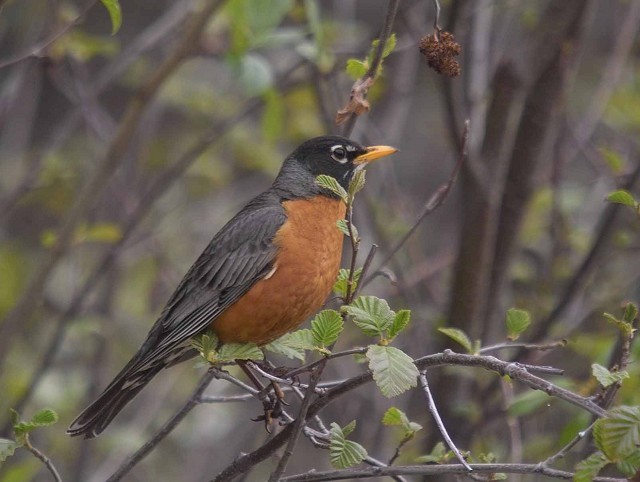 Thrushes are of particular interest, with American Robin, Swainson's Thrush, Grey-cheeked Thrush and Hermit Thrush all common, but perhaps the most sought-after is the beautiful but sometimes elusive Varied Thrush. American sparrows are always a challenge, but Lincoln's and Savannah are common in damp forest areas and Golden-crowned and American Tree Sparrow are found at higher elevations in areas with low shrubs and bushes.

Owls are the most difficult of species to find, and local knowledge is often outdated on their whereabouts. Great Horned Owls are present and Great Grey Owls may also occur, but very few sightings are reported. Northern Saw-whet and Boreal Owls are regular but difficult to locate, and Northern Hawk Owls are occasionally seen; on this visit with Ken and Neil Marlow we found the second proven nesting of this species in Kenai.

Raptors are not numerous in species, but Northern Goshawks, Red-tailed Hawks, Sharp-shinned Hawks and Merlins are all present.

Woodpecker species include the widespread Downy and Hairy. American Three-toed is surprisingly common but the Northern Flicker much scarcer. 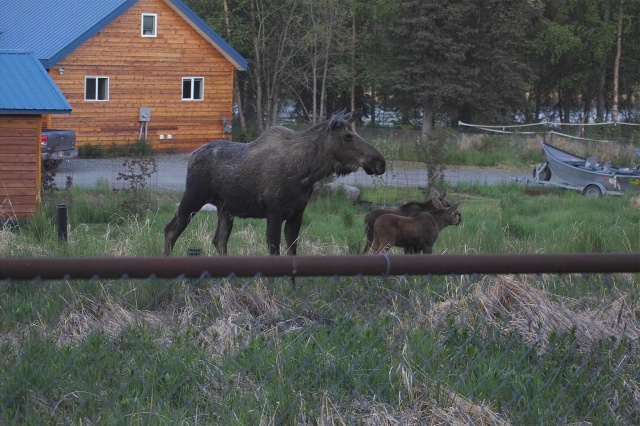 Mammals in the forest are interesting but need caution in their observation. Moose are very numerous and perhaps the most dangerous. They have a habit of jumping out of woods onto passing cars, which can be fatal for both parties, but it is when they have young that care must be taken. A Moose with calves should be given a wide berth because if she feels threatened an attack is likely and many fatalities have resulted. Black Bears tend to scuttle off pretty quickly in most instances, but that cannot be said for Brown Bears. The latter normally move off at the approach of human activity but exceptions can occur when they have cubs or when they are surprised. Walkers are encouraged to carry bells on their wrists and go in groups chatting as much as possible. Nevertheless it is an exhilarating experience to come across a Brown Bear by a forest edge, especially if you are in the vehicle and can watch from a safe distance.

On my last trip I was fortunate to see a male Lynx for just a couple of minutes as it gazed back at me from a track and then strolled off with the typical disdain of a cat. This I am told was a rare sight and probably possible because of the high numbers of Snowshoe Hares about this spring.

To find many of the species mentioned, especially the larger mammals, needs a lot of patience and considerable time. Remember that there are 19 hours of daylight available in June so you need only go to bed for short periods. It is amazing where you find the adrenalin and stamina when you know that just around the next bend might be a Brown Bear or a Great Grey Owl...or whatever.

So Alaska is possible for anyone! Turn David Attenborough's wildlife spectaculars into the real thing! Go try the Kenai!

If you want to contact me to ask any questions about visiting this amazing place, email me here.