With their stiff tails held upright and cartoon-like glued-on blue bills, Ruddy Duck always provided a visual electric shock when they came into view. I still recall the excitement of finding my first: a group of four almost exotic-looking creatures early one sunny spring Sunday morning on Arcot Pond in Northumberland. It's therefore with some sadness that I find myself writing the next few words, but it's time to finish the job and remove the last few individual Ruddy Ducks that have so far evaded detection.

Ruddy Duck is a North American duck which was inadvertently introduced to Britain in the 1940s. A small number escaped from captivity and formed a feral population which by January 2005 numbered around 4,400. In the early 1990s Ruddy Duck, thought to originate from Britain in most cases, began to appear in Spain where they hybridised with the native White-headed Duck. 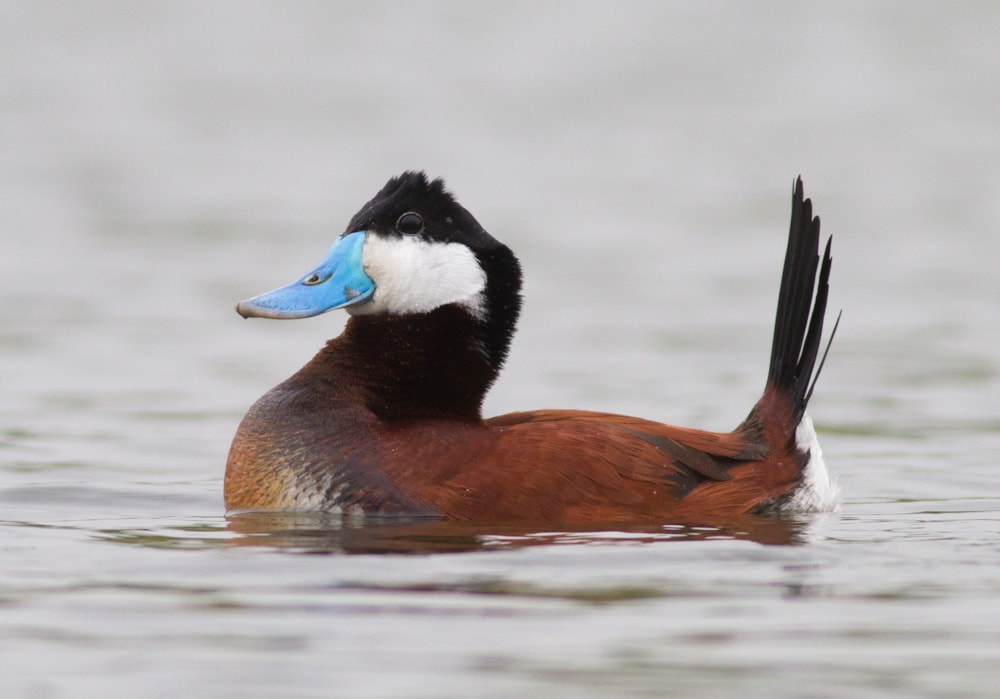 Very few Ruddy Duck now remain in the UK, with the last vestiges being the subjects of well-kept secrets among local birders (Jake Gearty).

In the long term it was thought this could lead to the extinction of White-headed Duck, which is globally threatened. Between 1993 and 2004 the UK government undertook research to determine the most effective techniques for controlling Ruddy Duck. This confirmed that eradication from Britain was feasible and it was determined as necessary to ensure the survival of White-headed Duck in Europe. The programme began in September 2005, and initially ran until August 2010.

During the first year of the project some 1,500 Ruddy Duck were culled at 40 sites across 27 counties in England and Wales, representing around 34 per cent of the estimated British population at that time. By 2009 more than 6,200 individuals had been culled at some 110 sites across England, Scotland and Wales; it was estimated that this represented 90 per cent of the British Ruddy Duck population.

The cull was an emotive subject among birders, with many fundamentally opposed to it. Reports of disturbance during culling and a small number of non-target casualties in other species understandably hardened attitudes of those generally opposed to killing. Sightings began to be suppressed in an attempt to save the small remnant population from the marksmen. Anyone publishing news on social media was often targeted by more vocal elements of the anti-cull faction and asked to suppress the whereabouts of the last remaining birds. 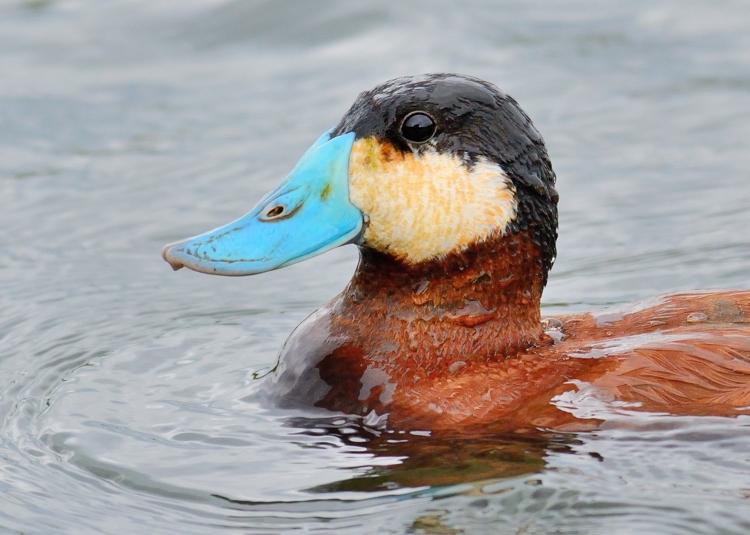 Ruddy Duck is a charismatic, almost comical species that won the affection of many British birders (Tom Hines).

Fast forward to 2019 and Ruddy Duck numbers are now tiny, perhaps only just into double figures, yet any mention of the locations of these surviving individuals still prompts angry words on social media, while many bird sightings pages simply keep their heads down by not publishing any reports – but to what end?

If these individuals are left alone then the risk is that the process begins again. Ruddy Duck has already demonstrated that it can form a self-sustaining population here in Britain from a small base and there's no reason to think it couldn't do it again if unhindered. It would surely be irresponsible to allow a remnant population to resurface.

Protecting a few individuals, turning them into the duck equivalent of a blue-face-painted William Wallace, simply prolongs the pain for all birders, costs the taxpayer more money and potentially ensures further disturbance to the wider environment if these individuals breed and begin to spread again.

Completing the eradication programme would seem to be the most sensible option. Removing the final birds will at least ensure that the £4.6 million spent so far would not have been wasted and that we will hopefully never have to run this programme again. Let's end the killing by finishing the ruddy job.