New research, led by British Trust for Ornithology (BTO) and published in the international journal Methods in Ecology and Evolution, shows how existing bat monitoring could improve our understanding of bush-crickets.

Bush-crickets are a little-known group of insects that inhabit our marshes, grasslands, woods, parks and gardens. Some may be seen in the summer when they are attracted to artificial lights, but as most produce noises that are on the edge of human hearing, we know little about their status. There are suggestions that some bush-crickets may be benefiting from climate change, while others may be affected by habitat changes. But how to survey something that is difficult to see and almost impossible to hear? 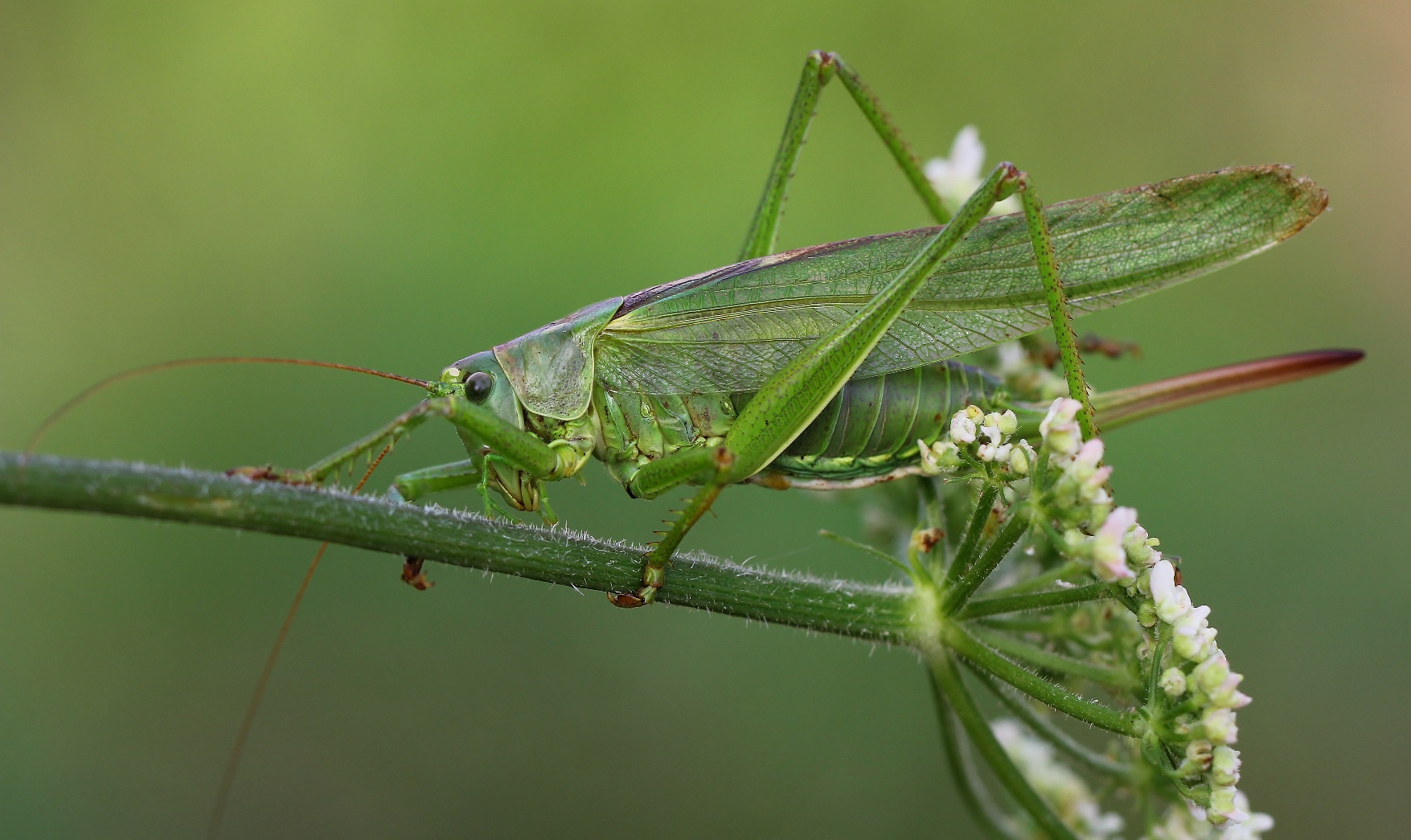 Great Green Bush-cricket is the largest bush-cricket species to be found in Britain (Photo: Richard Collier)

The original objective of BTO's bat surveys was to trial the recording of bat activity using passive real-time detectors, to gauge the willingness of members of the public to engage in bat monitoring at a large scale, and to determine the suitability of automated identification routines for processing large volumes of citizen-science collected bat recordings. It soon became clear that bush-crickets were also being recorded in large numbers.

Working with the Museum of Natural History in Paris and Natural England, BTO has developed a computer algorithm to identify the sounds made by different species of bush-crickets. After carefully validating these state-of-the-art methods using field recordings in Norfolk, scientists can now examine daily activity patterns of different species of bush-cricket and determine where different species live. The Speckled Bush-cricket, for example, would normally be easy to overlook because it occurs in vegetation and makes sound (stridulates) at a frequency too high for humans to hear. With over 260,000 recordings of this species collected through bat surveys in Norfolk, we know that this species is common and widespread, with a distribution that extends into Norwich. At the other extreme, Great Green Bush-cricket, previously known from only a few locations in Norfolk, was recorded at two locations, of which one was a new site for this species. 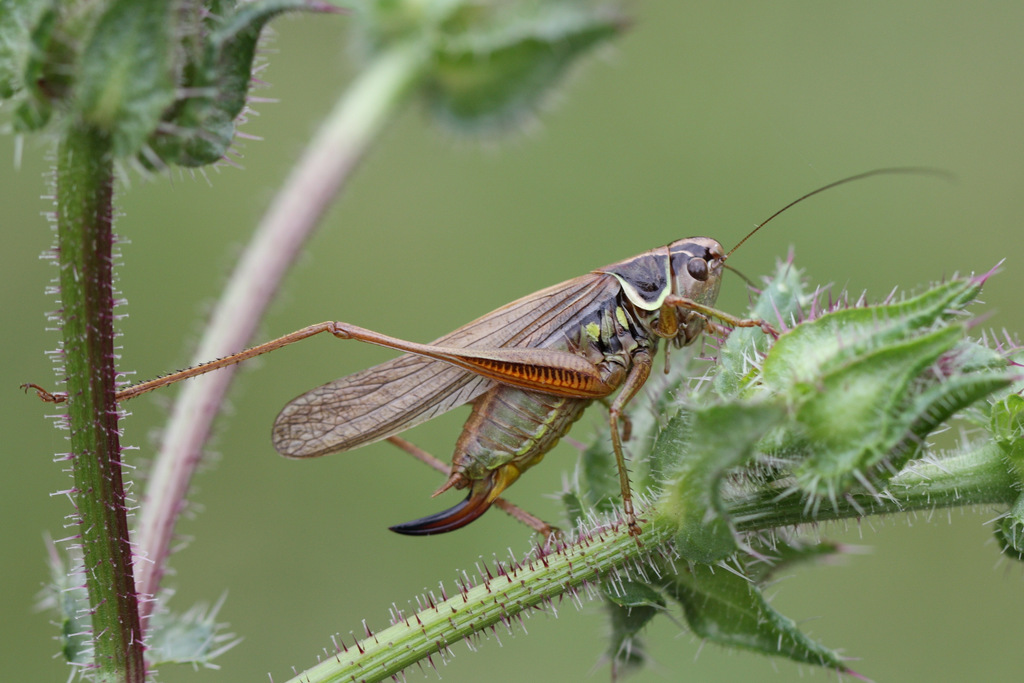 Though previously restricted to the far south-east, recent years have seen a rapid expansion in the range of Roesel's Bush-cricket (Photo: David Howdon)

Dr Stuart Newson, lead scientist on the project at the BTO, said: "There is a huge potential to take advantage of established large-scale bat monitoring to also collect high-quality monitoring data for bush-crickets. It is likely that large volumes of information on bush-crickets are already being collected incidentally by bat workers using static detectors, but is at best noticed and ignored."

Dr Yves Bas, researcher at the Muséum National d'Histoire Naturelle in Paris added: "This is a really important step towards the development of automated sensor networks, which are likely to play an important role in the future monitoring of biodiversity."

Ash Murray, Senior Reserves manager at Natural England, commented: "As the government's adviser for the natural environment in England, Natural England knows how critical monitoring is to the long-term protection of our species. This new technology, and BTO's innovative methods of enabling huge numbers of the public to use it, are inspirational for wildlife conservation here in the UK."