Call it what you will — a passion, an obsession or addiction, maybe even a vocation — but there are few more emotive forms of birding than rarity-hunting. The rarity-hunter comes in many forms; some travel great lengths during the classic and traditional periods of autumn to the far-flung archipelagos of Britain and even the Western Palaearctic. Then there are some stalwarts who work their local patch with an almost monogamist-spirited commitment regardless of how small the chance of even a scarcity, let alone a BB rarity, might be.

Of course some live in a location where bird-finding potential and opportunities can be a factor of everyday life — whether it's working your local patch dawn to dusk on those 'drifty' autumn days (with the motivational lottery strap line "It could be You" on continuous play in your head, as I do); taking the kids to the play park, a family walk to the beach (on one such occasion I found Shetland's first ever Water Pipit!) or every day domestic chores such as working in the garden or a run to the local shop — rare birds can and do turn up any time and often anywhere.

I am 'fortunate' that I fall into this latter category and fully appreciate how very different my rarity-hunting life is here compared to someone in an inland English county for example. Birding here in Shetland is crazy. Its seems almost incomprehensible to birders elsewhere in the UK, but we live in a birding world where usually by late September you have long lost count of how many Barred Warblers, Common Rosefinches or Yellow-browed Warblers you've found. 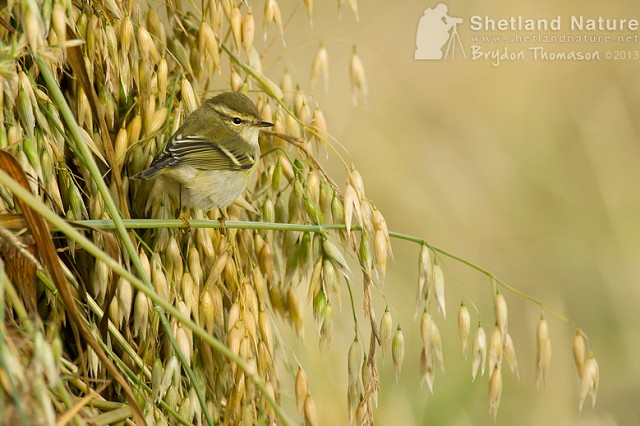 It's not an exaggeration to say that rarities such as Citrine Wagtail, Hornemann's Arctic Redpoll, Arctic and Blyth's Reed Warbler could often be seen as 'bread and butter' BBs for us. These staples have helped me (and many others I know) tip double figures in BB rarities in several years. But to put this into context, and I must make this clear by mocking myself that I write this as a guy (a bit of a 'tart' in fact) who has never actually birded in England and am yet to even see Green Woodpecker or Nuthatch and only added Spotted Redshank to my find list three years ago! Nonetheless, by this date, 25 September, last autumn I had already found 14 BB rarities (one of which being a Baltimore Oriole!), with several more to follow by the year's end). But make no mistake, every year is not like this, far from it.

Often you read it online or hear it said and especially through banter from mates on the Mainland, that 'it's easy on Shetland', you go out and you find tackle wherever you go. However the reality is of course quite different. By definition rare birds are exactly that. To do well in finding them intuition, tenacity and optimism are amongst the greatest attributes, perhaps even before experience and local knowledge. Time in the field is probably more important than anything: the more you are out, the more chance you have. Teamwork is an aspect to birding and especially rarity hunting that is probably the most valuable of all. For many of the most memorable birds I have found, it is the shared euphoria and birding camaraderie that makes them so special. There is only one thing better than finding a mega and that's finding it with your mates. 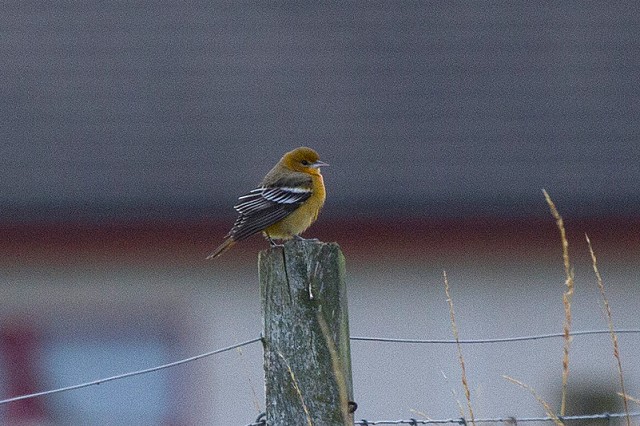 Immersing your mind's eye with all those 'belters' that could turn up, or through images and finders' accounts of previous megas, intertwined with tireless analysis of weather patterns and forecasts and what they traditionally bring are all part and parcel and familiar to us all. It surely is true, mind you, that luck most definitely plays a part in finding rare birds but there is no truer saying than the old cliché, 'you make your own luck'. I'm a firm believer too that the harder you work, the luckier you become. To find good birds you need to be in the right place at the right time but to a very large degree experience of where, when and how helps you get yourself there.

But with all this said, there has never been a better time for a rarity-hunter here. The 'winds of change' (if you can excuse the pun there) have gradually shifted and especially over the last decade or so. There is an ever-growing range of megas now 'on the radar' and, with recent form, the rarity-finder's fire is fuelled for something completely off the wall as these days it seems that almost anything can turn up, and in any conditions.

Shetland's track record is simply unrivalled, and especially in recent years the Northern Isles have run away with the show. Sibes have always been our big thing in the past and perhaps maybe now more than ever, but it is the New World megas, the highly prized American passerines, that are now also turning up with considerable consistency. For example, in the week I write this the guests on our autumn birding reader holiday (in partnership with Birdwatch magazine) scored heavily with Swainson's Thrush and Yellow-rumped Warbler (as well as White's Thrush!) and, just a few days earlier, Shetland's third Red-eyed Vireo in as many years was seen. Of course the recent Cape May and Magnolia Warblers leave no further questions to be asked.

So what's influencing this change? Observer coverage, shifting patterns and migration routes, weather systems and global warming? The reality is that it is probably a combination of all these things and others we might not ever understand. One thing that is for sure now though is that for rarity-hunters and listers in Britain in autumn, if you're not in Shetland, you are probably wishing you were and will most likely have mates that are. To the modern day UK birding scene, Shetland in prime-time autumn is the place to be, like the trendy new nightclub that everyone wants to get into. But of course in a local context 'the Shetland autumn scene' is nothing new to the many regulars and especially us local birders. What is clear is that the British autumn birding scene has undeniably seen many changes and shifts in recent years, due to various reasons and factors and broadly speaking, in travelling terms now the world is a much smaller place and now it seems Shetland is perhaps not so far away.

Because of this, the Shetland autumn scene has changed dramatically in recent years and, from a local's perspective, this so far has been a good thing. It is paramount, however, to remember that in birding and especially twitching the situation is potentially volatile and the thoughtless or selfish action of a few can have drastic implications for many. Recklessness from one crew could quite easily result in a birding hotspot suddenly becoming out of bounds because someone entered a private garden or croft without permission, or left a gate open.

Sure, like any patch-working rarity-hunter we all would like to find the good birds in the places we fantasise of them turning up in, but in birding, that's just not how it is now. It's not so long ago that in Shetland if commitments didn't allow you time in the field chances were that when you did get out the good birds were still waiting to be found. But those days are long gone. There are several good and hard-working crews of solid birders working new and underwatched corners of the islands that have perhaps never produced a rarity before and, realistically speaking, if we local birders have amazing and productive local patches, why leave them? This is one of the many great things about visiting crews; they often see potential in places we never have time to work and because of this more birds are found.

As recently as a decade or so ago a big 'crowd' at a twitch was in the region of 30 to 40 birders. Now over 150 can turn up to a 'big bird' in an afternoon. It is estimated that the autumn birding market is now worth over quarter of a million pounds to the Shetland economy (British Birds; 106: 701) each year and this is most definitely continuing to grow.

But from a personal and patch-working perspective, rarity-hunting here in autumn is about more than the birds and the reward. It's feeling a part of the place I've grown up in, the wild and beautiful landscapes and the nostalgia of watching the habitats change through the season into autumn; the iris bed streams and ditches and canary reedbeds that have yielded a Pechora Pipit or a Lanceolated, Pallas's Grasshopper or Paddyfield Warbler before; or the crofts and crops; Yellow-breasted, Black-headed, Rustic or Pine Bunting in autumns gone by and the memory of finding them every time you work each area.

In many respects it is also the people and communities that add something so subtly special to birding here too. It is the characters, friends and family, both past and present who enthuse and joke about "what uncan peerie bird's doo lookin fir da day" (what unfamiliar small bird are you looking for today) or a yarn about the weather when working 'your patch', which usually is their garden or croft. As with any patch workers, these relationships have been established over many years, and in some cases a lifetime.

Local communities here are generally accepting to birders who are considerate and courteous as they go about their endeavours. Most local folks who know us locals and are used to seeing us birding wouldn't give us a second look other than to stop for a yarn and some banter. It must, however, be kept in mind for those new to the isles that in many ways the ever-growing modern-day autumn birding scene is in its infancy and large groups gathering to stare into a garden or crop are something many are not used to and might be intimidated by. Any crowds gathering in Shetland anywhere away from a local shop or social event is unusual enough but a crowd of unfamiliar faces all peering through optics into a neighbour's garden or croft is bound to look out of place and draw attention.

Let's all do our bit as birders to help the Shetland autumn birding scene continue to evolve and flourish so that local communities and landowners accept and even welcome the growing numbers drawn to the northern isles in autumn. Through our local Bird Club a Code of Conduct was put together to promote responsible birding, both for local as well as visiting birders and I would strongly encourage anyone visiting Shetland to read and respect this code.