2013 a topsy-turvy year for garden birds

The 2013 annual results for the British Trust for Ornithology (BTO) Garden BirdWatch (GBW) have been published and reveal an interesting year for birds, with a very cold spring, a poor breeding season and a good autumn berry and seed crop all playing their part. BTO Garden BirdWatchers, who record the birds visiting their gardens each week throughout the year, saw a year of two halves in 2013. Record numbers of birds were seen in gardens during a surprisingly cold March, and then, from September onwards, we experienced the quietest winter for a decade, with birds seemingly having disappeared from gardens.

One familiar garden bird, the Chaffinch, illustrates the 2013 Garden BirdWatch results rather nicely. An early spike in the weekly counts of Chaffinches seen in BTO Garden BirdWatch gardens in January coincided with the sudden spell of cold weather and snow across the country. There was another, longer, peak in March, brought about by the unseasonably cold weather and the fact that favoured seed resources had become scarce by this time. This March peak in Chaffinches was the highest seen since 2006. 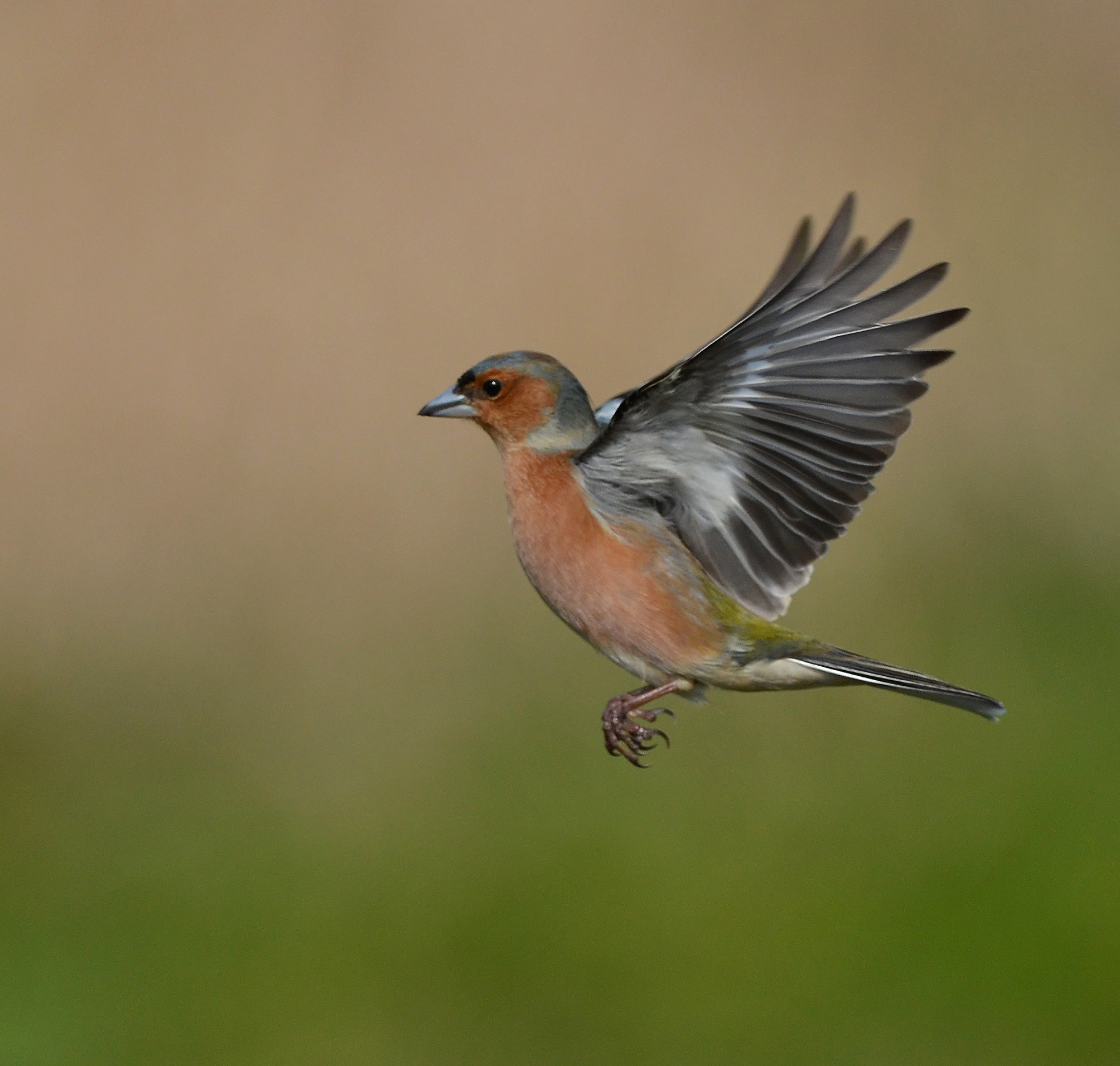 Like many of our native birds, Chaffinches then experienced a relatively poor breeding season, resulting in very low numbers seen in gardens during late summer. Data from other BTO surveys, notably the Nest Record Scheme, indicated that the number of chicks that fledged was lower than usual.

But it was good news for the birds at the end of the year, though less good news for Garden BirdWatchers, as the nation's gardens went extremely quiet. This resulted from a combination of relatively mild weather throughout the country and a bumper crop of seeds, nuts and berries in the countryside. Chaffinches, like many species, were at their lowest numbers in gardens for a decade, averaging approximately 1.5 birds per garden (the ten-year mean is roughly 2 birds per garden), as they were making the most of the available Beech mast and other tree seeds in the wider countryside. 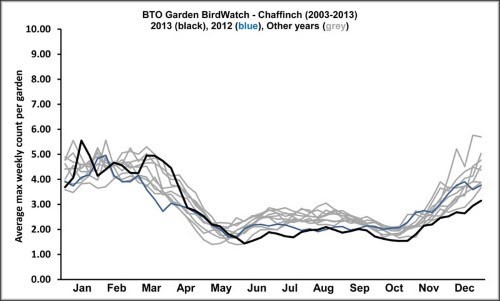 Clare Simm, from the BTO Garden BirdWatch team, commented: "These results highlight how important our gardens are during extreme weather conditions, but also that although we think of these birds as garden birds, they use gardens as and when they need. Without the simple, year-round observations of BTO Garden BirdWatchers, we would not have been able to quantify these movements scientifically, or gain precise information on when they occurred."