Every year around 12.5 million waterbirds spend the winter months in the UK. Some come here from as far away as Greenland and Siberia and at least one individual has been making the trip for forty years. According to the latest Wetland Bird Survey (WeBS) report — compiled by the British Trust for Ornithology (BTO) on behalf of RSPB, JNCC and in association with WWT — the UK has 211 wetland sites that hold internationally important numbers of waterbirds. Two of the most important of these are The Wash, on the coasts of Lincolnshire and Norfolk, which supports almost 400,000 waterbirds each winter, and the Ribble Estuary in Lancashire, where almost a quarter of a million birds can be found.

Some of the birds that come to the UK's wetlands for a winter holiday have been doing so for many years. The longevity records for some of them make for interesting reading. An Oystercatcher trapped and fitted with a ring on the shores of The Wash was recaught in almost exactly the same place 40 years, 1 month and 2 days later; and a Greenshank ringed at Farlington Marshes (Hampshire) was recaught at the same site 16 years and 3 days after it was first released. Both became the oldest of their kind to be recorded in the UK. More information on longevity can be found here. 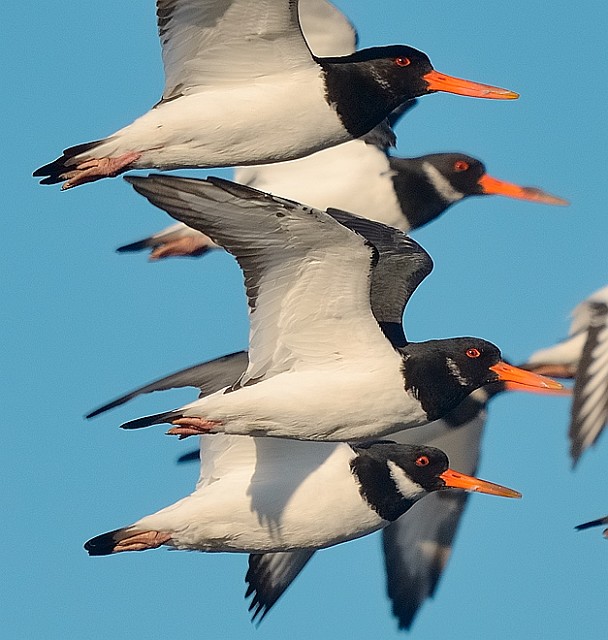 Chas Holt, WeBS Core Count Organiser at the BTO, commented, "Around 3,000 volunteers take part in monthly counts at wetlands across the country, providing us with the numbers that prove just how important the UK is for wintering waterbirds and ensuring that the sites they use are afforded protection for the future. However, it is starting to look like some of our wintering waterbirds may be in trouble. Numbers of many species are showing distinct declines. While for some species (such as the European White-fronted Goose) this may be due to increased numbers wintering on the continent, for others it is looking like there may be declines across their range internationally. UK declines in ducks such as the Pochard, Velvet Scoter and Red-breasted Merganser are mirrored elsewhere across northern Europe, suggesting potentially serious changes in their environment. Whether this is due to conditions on the Arctic breeding grounds, along their migration flyways, or in their winter quarters, is something that requires urgent investigation."