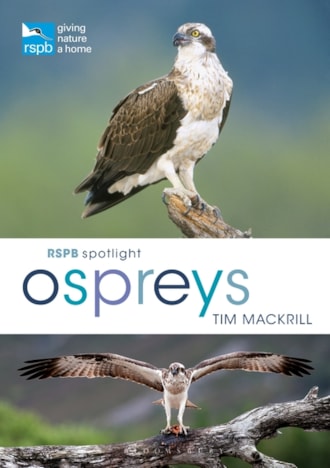 This highly accessible title explores all aspects of Osprey biology and ecology.

The Osprey is one of the UK most well-loved and iconic birds, and also a species with a cosmopolitan distribution: occurring on every continent except Antarctica. A hunting osprey is one of the great sights of the natural world, and its fishing prowess is admired and revered around the globe. However, its penchant for taking fish from medieval trout ponds resulted in a drastic decline in the UK with the species wiped out by human persecution and habitat loss. Thanks to concerted conservation effort, it has made an encouraging comeback in the UK in recent decades giving people across the country the chance to see this majestic hunter in action once again.

The easy-to-read text explores all aspects of Osprey biology and ecology, including a detailed overview of the adaptations that make it such a skilled and proficient hunter. There is also a chapter dedicated to osprey migration with a summary of the findings of groundbreaking satellite tracking research. Recent studies have demonstrated the Osprey's unique ability to make vast non-stop flights across the ocean, its capacity to exploit thermal updrafts to aid flight across the Sahara Desert and the capability of adult ospreys to return to the same wintering site each year. The book also explores the relationship between humans and Ospreys, from the days of Shakespeare to the visionary decision of George Waterston to invite the public to view nesting Ospreys at Loch Garten for the first time in the late 1950s and the subsequent rise of Osprey tourism and webcams.