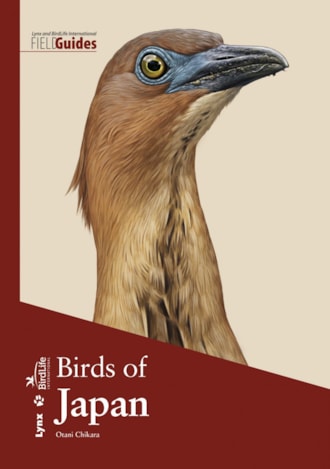 Lynx Edicions' latest guide to the birds of Japan.

Spanning more than 3000 km from northeast to southwest, the Japanese archipelago comprises four major islands and thousands of rocks and islets that stretch from Taiwan to the Russian Far East, and encompass a wide range of habitats. Thus, Alpine meadows and Arctic landscapes in the north give way to subtropical forests in the south. These environments are home to variously some of the most dramatic and little-known birds in Asia. Steller's Sea-eagle and Blakiston's Fish-owl on frozen Hokkaido. Some of the world's rarest seabirds like Short-tailed Albatross and Bryan's Shearwater on the country's furthest-flung outposts. Internationally important numbers of wintering cranes. Exciting endemics like Lidth's Jay, Amami Woodcock and Okinawa Rail on the southern islands. A suite of summer visitors ranging from the spectacular Fairy Pitta to the enigmatic Ijima's Leaf-warbler. Few countries possess the ornithological allure of Japan. Features: