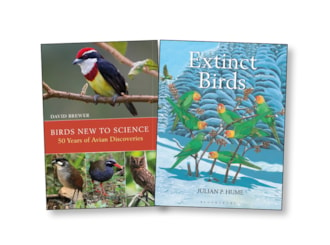 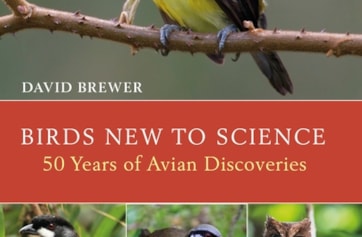 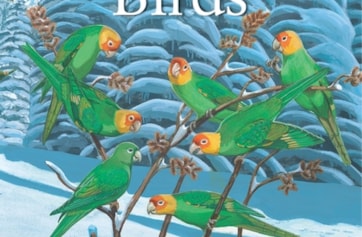 With contrasting but related themes, these two important titles together provide an invaluable reference set documenting fascinating accounts of species that are both new to science and that have become extinct.

Save even more on the individual price with this special offer package combining both titles from just £84.99.

Birds New to Science by David Brewer
This new title documents more than half a century of the remarkable discoveries of around 300 bird species.  Each account includes the story of discovery, a brief description of the newly described species (many with accompanying photographs), and details of what is known about its biology, range and conservation status. Written in an engaging style, this is a rich reference to an incredible era of adventure in ornithology.

Extinct Birds by Julian P Hume
This is the second edition of this comprehensive review of the hundreds of bird species and subspecies that have become extinct over the last 1,000 years. The result of decades of research into literature and museum drawers, as well as caves and subfossil deposits, has revealed long-gone species that disappeared without ever being recorded by scientists while they lived. From the Great Auk, Carolina Parakeet and Dodo to the amazing yet almost completely vanished bird radiations of Hawaii and New Zealand via rafts of extinction in the Pacific and elsewhere, this book is both a sumptuous reference and an astounding testament to humanity's devastating and permanent impact on the world's wildlife.