The Robin: a Biography 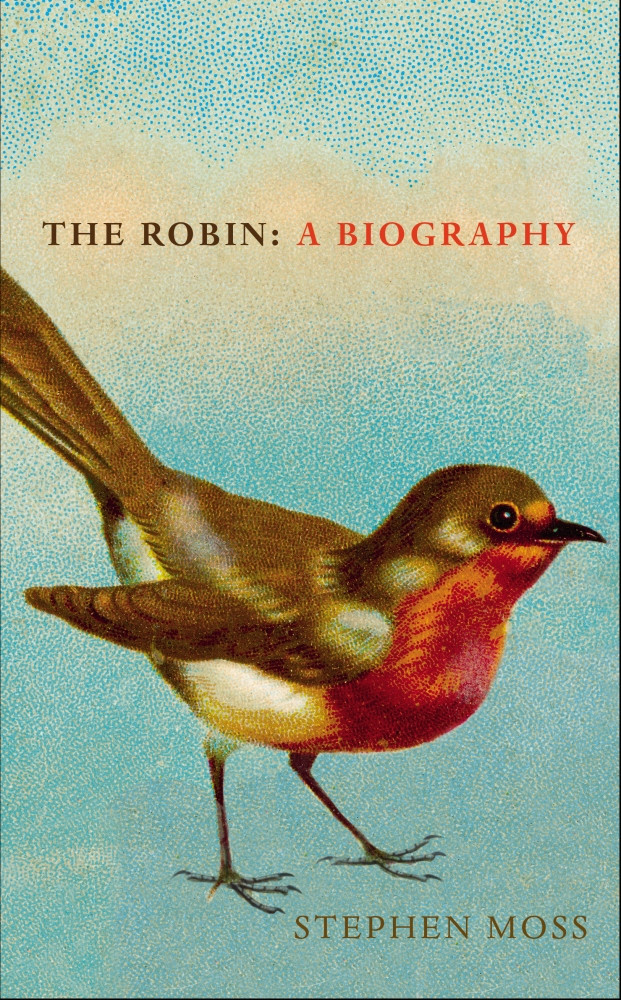 This unpretentious little book, with a nice retro feel, follows the life of the Robin – not any old Robin, but the species – month by month.

Stephen Moss writes seemingly easily (perhaps for him it is so), telling all you want to know about Robins in a straightforward, always enjoyable style.

It is sprinkled with mostly oldish illustrations, but the credits sadly fail to tell us who painted them, giving only their source (book, museum or library and so on). There is plenty of reference to published studies (especially David Lack’s monograph) and frequent use of poems and prose by well-known writers – as well as ‘traditional’ pieces, origins unknown – from over the centuries.

At times Stephen might question things a little more. He tells us, for example, that while male Robins “make all the fuss”, it is females that choose their mates, touring Robin territories in the early mornings to select the best combination of fit male and productive home. Fine, but we don’t find out how streams of female Robins sort out among themselves who gets No 1 male, who gets No 2 and so on, and which one ends up with the incompetent no-hoper in the wrong place.

We read that young Robins must learn their song from their fathers: “that’s why ... the male Robin ... sings as if his life depended on it – which, when it comes to the future of his family, it does.” Yes, but how does the parent Robin know what it has to do? It seems a tricky thing for natural selection to have achieved. But it’s good that the book prompts such speculation, no doubt reflecting my own ignorance. It is a stimulating and worthwhile read.

Purchase from the Birdwatch bookshop here.