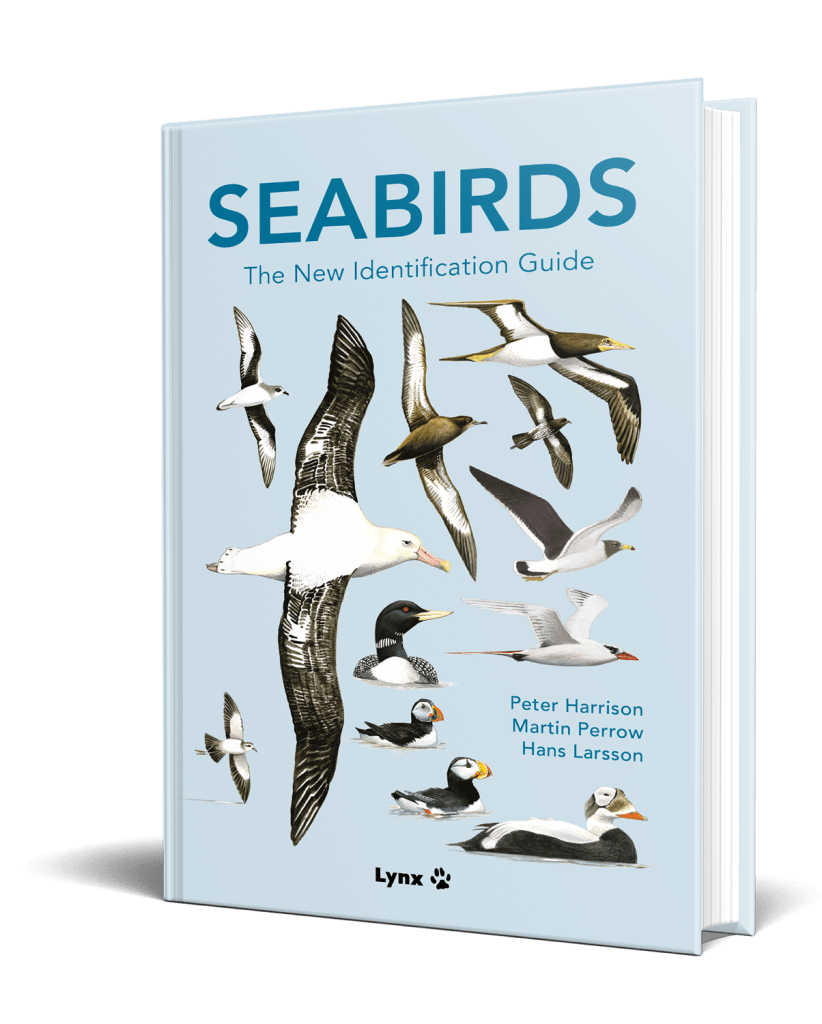 There has been much hype about Peter Harrison, Martin Perrow and Hans Larsson's Seabirds: The New Identification Guide, so I was very excited to have the opportunity to delve into a copy. Covering 434 species across 18 families, from seaduck and sheathbills to penguins and petrels, this synthesises the world's ocean-going birds into a 600-page magnum opus and, almost four decades on, provides a complete update to Harrison's 1983 title, Seabirds: An Identification Guide.

Much has changed in the past 40 years. Seabirds (and seabirding) are no longer the difficult-to-access niche of the world's avifauna that they once were, with a wider interest among birders, improved transport and accessibility to the oceans, enhanced optics and, of course, the rise of digital photography all making them a much more attainable and entertaining subject.

Taxonomy has come on leaps and bounds, too, and there have been numerous rediscoveries – Beck's Petrel and New Zealand Storm Petrel being examples – as well as advances in knowledge, such as range, dispersal and other aspects of phenology. And that's before considering the sobering impacts of humans over that time, having directly or indirectly decimated so many seabird populations worldwide.

Reading Harrison's Preface is an inspiration in itself – a two-page summary of the journey to the present day and the publication of this guide. Reflective, poignant and determined, it sets the scene for the new guide which, in his words, is his legacy – his last gift back to ornithology, containing decades of previously unpublished information.

Does Seabirds do as Harrison hopes and fulfil its obligations of being the new go-to guide for its subject? In short, it certainly does! It's clear when you begin to flick through that this is no amateur production and has been compiled by someone who really knows how to put such a guide together. The introductory section is thorough, ensuring that even the most amateur of seabirders will hit the ground running, including the usual 'how to use this book'-type pages, a glossary of terms, abbreviations explained and topography.

There is also a useful 'Where in the world?' section, which provides a whistle-stop tour of the world's oceans, giving examples of general hot-spots and what species may be found where – this is helpfully illustrated by world maps showing the locations of the many obscure islands where some of the rarest seabirds breed. As a keen birder and geographer, I found this particularly fascinating and have no doubt others will find it very informative.

Then come the species pages. This is a wide-ranging guide, addressing a wealth of birds associated with, or dependent on, the world's oceans. This includes the 'obvious' – albatrosses, shearwaters, petrels, storm petrels, skuas and so on – but also the likes of seaduck, grebes and gulls, among others, making it feel a complete work.

As a general rule, one or two species are depicted on each double-page spread, with the text on the left and the illustrations on the right. The latter range from good to excellent, with Hans Larsson's influence giving the book a big visual lift.

From a European perspective, the plates have been thoughtfully laid out. Black and Pigeon Guillemots, Common and Black Scoter, Cabot's and Sandwich Terns, and Short-billed (Mew) and Kamchatka Gulls are just a few examples of pages that will prove truly instructive for the keen birder interested in vagrancy and rare bird finding.

In fact, the gulls and terns sections are true delights, feeling very much up to date and ensuring that Seabirds is not only a worldwide guide to our ocean-going birds, but also a handy reference point for these familiar, semi-terrestrial birds. American Herring Gull gets four pages of attention, and it is as good a reference point for illustrations of, for example, Baltic, Caspian and Yellow-legged Gulls as anywhere at present. So, in some ways, it feels like you're getting two guides for the price of one.

The blemishes in this guide are minor, and publisher Lynx Edicions has already made a downloadable corrected copy of Plate 6, in which the captions for some of the illustrations were originally the wrong way round, available via its website.

It is common for reviews to sing the praises of their subject matter, but I would happily label this one of the most exciting and informative bird books that I have picked up in some time. No doubt it will be revered as a modern classic within birding circles worldwide. 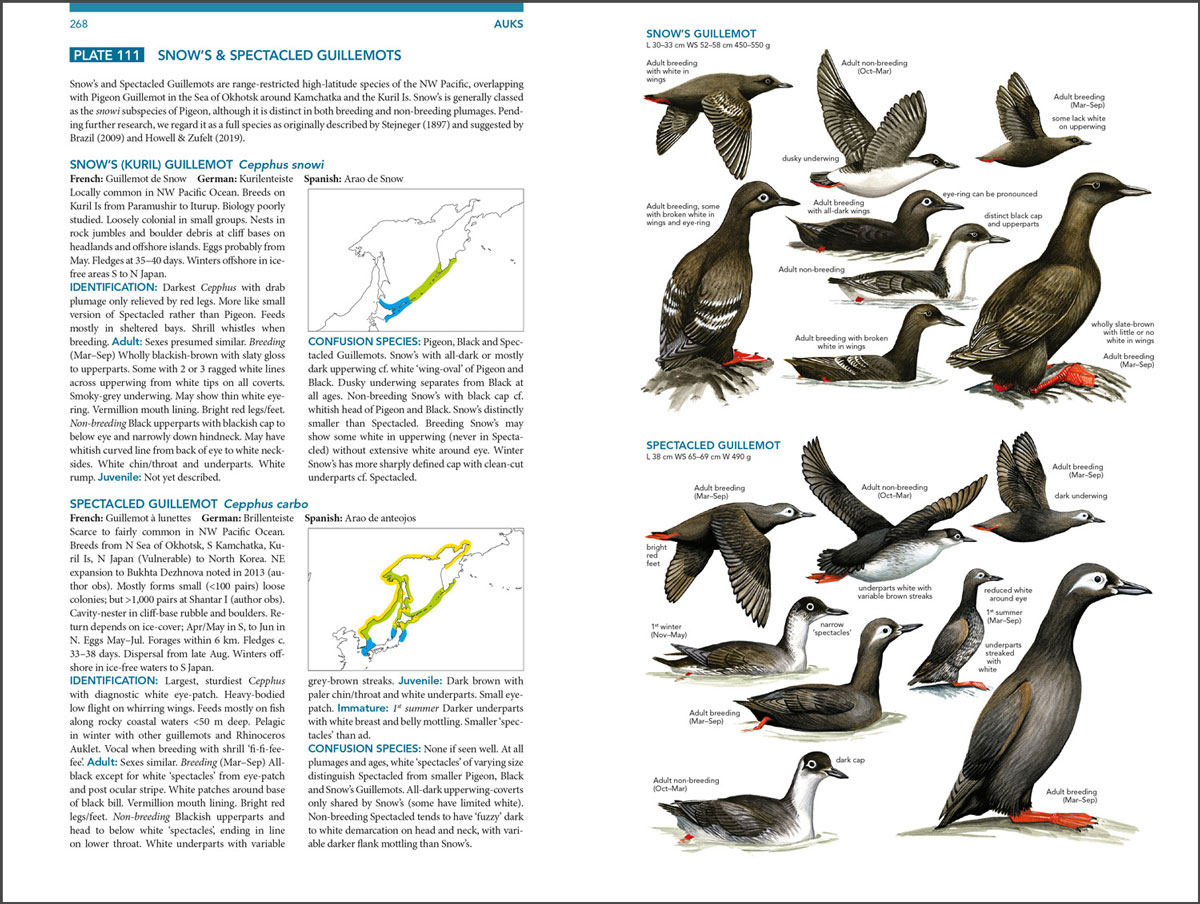 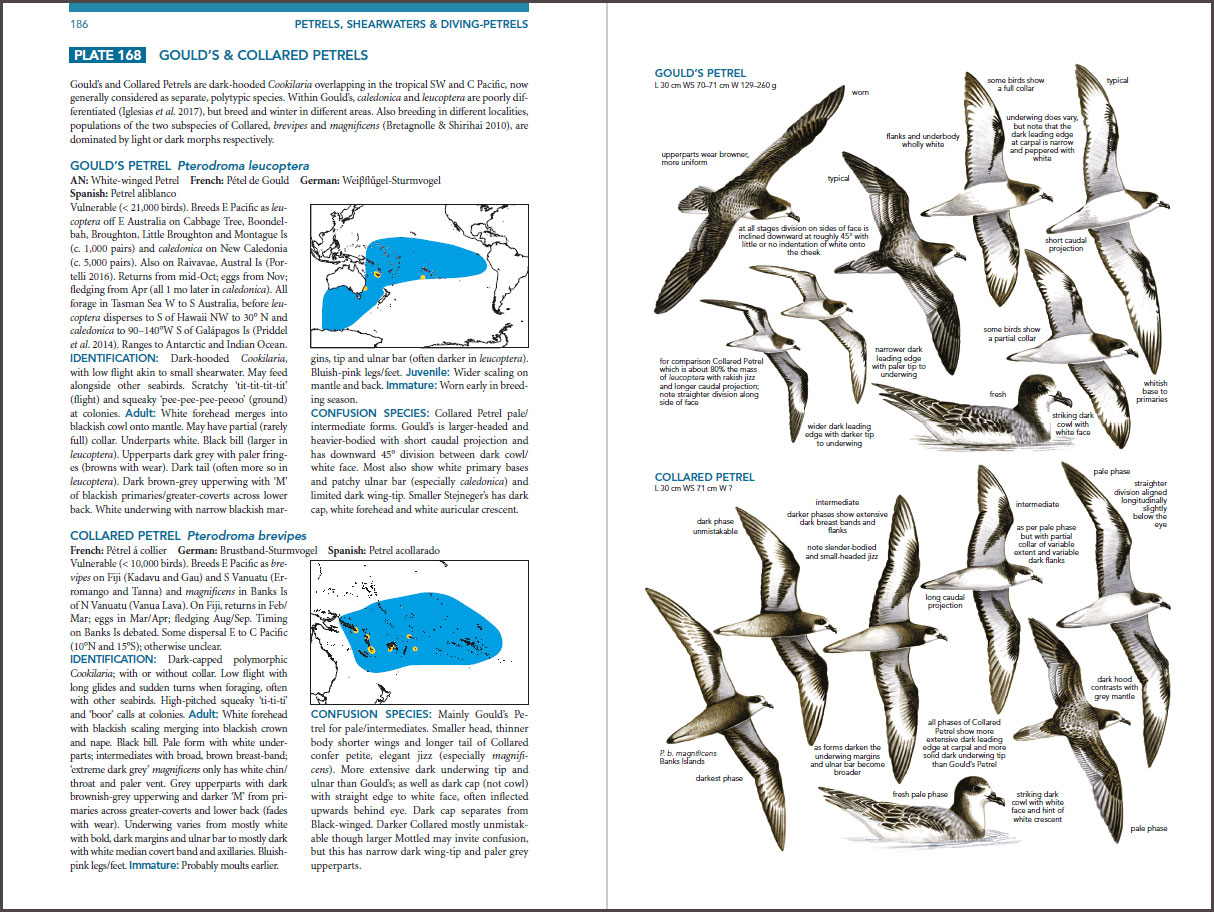