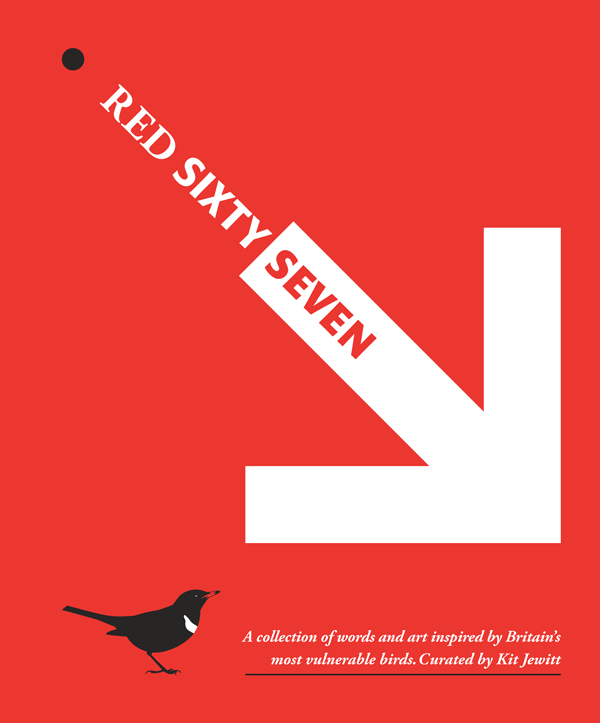 It's a sad state of affairs that the publication of Red Sixty Seven is necessary. Far too many of Britain's most beloved birds are in decline; some rapidly so, and perhaps even terminally. Once familiar species have disappeared from vast swathes of our isles – and, unfortunately, continue to do so.

The dire plight of our birdlife has been well addressed in countless reports, articles, tables, graphs, websites and more in recent years: here in Britain, we have the most meticulously studied avifauna in the world. We know exactly what is happening to our bird populations – but, despite conservationists' best efforts, not enough is being done to stop the slide.

In short, our birds need all the help they can get. And that's where Red Sixty Seven comes in – charitably, all proceeds from sales of this book are going to conservation projects run by the RSPB and British Trust for Ornithology (BTO) in order to preserve our rarest and most imperilled species.

Great credit must go to Kit Jewitt – aka @YOLOBirder for those of you on social media – for coming up with the idea and curating this project. Britain's birds are most grateful!

In its scarlet-red coat, the cover of Red Sixty Seven is hugely striking and screams 'danger'. Its bold, simplistic design catches the eye straight away. A downward-pointing white arrow says it all. All this is offset by a black-and-white Ring Ouzel on the front.

The 67 species addressed all share one thing in common – they find themselves on the UK Red List, meaning they are of the highest conservation concern. The formula of the book is simple: each species is given a double-page spread that features text and an illustration. A wide collection of artists and authors feature, making this a rich, diverse and engaging read.

The covered species includes birds mainly familiar (though unfortunately not familiar enough these days) – think Corn Bunting, European Herring Gull and European Turtle Dove among others – but also some less familiar. The most obscure of these is probably Aquatic Warbler, which has only ever been a rare passage migrant here. But its near-total disappearance from even regular traditional south-coast sites in autumn over the past 15 years is poignant, worrying and a reflection of the dire state it is in across its eastern European breeding grounds, thus its inclusion here is important.

Without wanting to spoil it too much, each author does something a little different with their contribution, the entries ranging from poems to personal recollections. The artwork varies, too, from field sketches to linocuts and everything in between. It is a visual feast. No doubt everyone will have a different favourite, but mine has to be the stunningly striking Lesser Spotted Woodpecker by Rachel Toll. Just wow!

After the 'red 67', three completely red pages act in memoriam to species lost – Temminck's Stint, Wryneck and European Serin. Let's hope that, should this book be updated in future years, these red entries do not grow in number.

To summarise, Red Sixty Seven is a wonderful conglomerate of work from some of our finest authors and artists. You can't fail to be enamoured by it. It's captivating and looks fantastic. At £19.99, it's an absolute bargain. The fact that buying one will only benefit our most endangered birds makes it an essential purchase It's already been so popular that the first print run has sold out, but more are expected in March – go on, head to the BTO website and order yourself one.