Set to appeal to travellers and mobile birders alike, a new 'pocket' spotting scope hit the market in April. The RSPB Avocet 50 joins the currently exclusive club of 'micro' spotting scopes designed for use absolutely anywhere and at any time.

Weighing just 530 g – that's no more than the average 8x32 binocular – and measuring just 176 mm in length, it's small enough to be comfortably held in the hand, as well as using it conventionally with a compact, lightweight tripod, extending the travel theme and adding to its versatility. 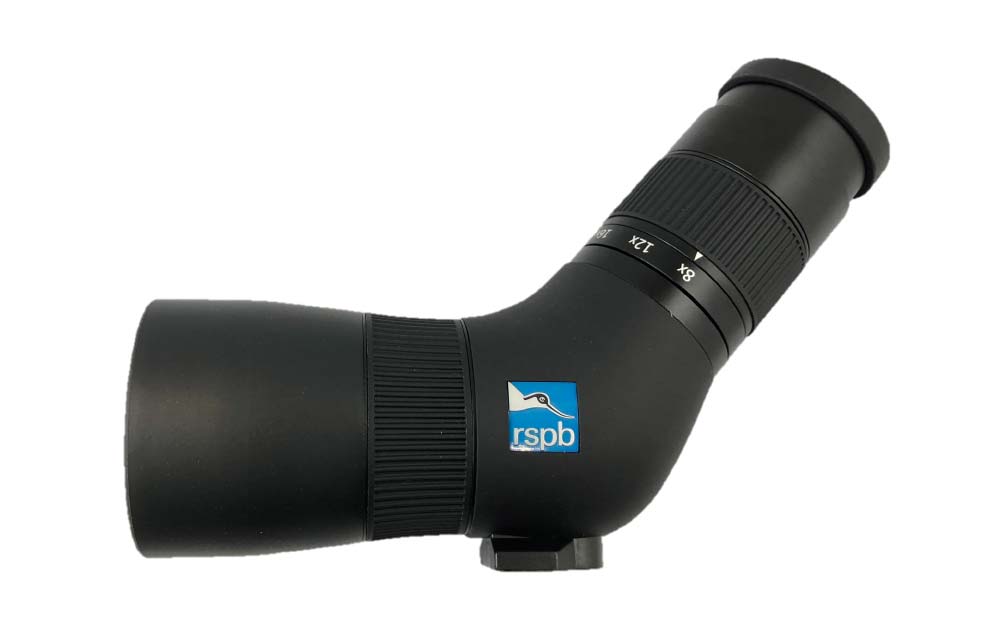 Smooth rubber armour overlays a petite, though sturdy, alloy body, which features a rubber-milled, helical focusing ring and a tiny mount, which is all that's required for the tripod support interface. The detachable, screw-in, 8-24x zoom eyepiece is similarly milled and, rotating freely and smoothly, offers a little less turning resistance than the focusing ring.

A hard rubber-covered eyecup twists out, locking at its full extent by employing a simple 'rim and nipple' mechanism (in which the former is connected to the eyepiece using the latter). The objective lens does not have a pull-out hood, presumably to keep both weight and costs to a minimum.

From a practical and mechanical point of view, I found this scope very easy to use, both mounted on a tripod as well as hand-held. Accompanying the scope is a stay-on case. Manufactured in material rather like a padded binocular lanyard, it's an elasticated, pullover 'sock' which bears an uncanny resemblance to an ankle support. Although it obviously adds another layer of protection, I think it would benefit from a slight modification as the cut-out area allowing access to the focusing ring is neither the right size or shape to allow unimpeded thumb and forefinger operation. As such I chose not to use it.

I was, however, impressed with the Avocet's 1.5 m close-focus distance which, on its lowest magnification, is better than the majority of binoculars. The image colours, too, were rich and fine, with the fully multi-coated optics contributing to high levels of contrast and brightness. This scope also incorporates BAK-4 prisms, which help to deliver a crisp, clear image that's sharp virtually to the edges of the field.

I found this small scope to be ideal for watching birds in woodland, allowing quick initial location on low magnification, followed by the ability to zoom in to appreciate finer detail at magnifications higher than those delivered by standard binoculars.

Branches of trees and bushes outlined against a bright sky did, however, provide the ideal opportunity to reveal the full extent of chromatic aberration associated with the image. It's there, across the whole field of view, but it's also easy to get used to and ignore after a period of time.

Retailing at £199, the Avocet 50 basically does what it says on the tin in terms of portability, versatility and ease of use. So, if you're looking for a simple, small scope that fits easily into a glove compartment or pocket, it's worth checking out. In addition to the aforementioned stay-on case, it comes complete with a strap and protective lens caps.