The new binocular's design is consistent with its larger sibling. Finished in the same charcoal-grey, contoured rubber armour, the light magnesium alloy chassis is textured to enhance grip in the areas in contact with your hands, as well as featuring shallow, longitudinal indentations which serve to anchor the thumbs. The same orange-bronze rings around the focus wheel add a touch of aesthetic relief, maintaining brand identity and giving the range a distinctive appearance.

Although of average size for a 32 mm binocular, this model weighs a shade below 500 g, putting it firmly in the lightweight category, thereby increasing its appeal. However, it is certainly no 'lightweight' in terms of what it delivers optically. But more of that later.

Its design closely follows that of the 42 mm model, although I noticed a couple of differences relating to the central focusing wheel. Structurally, the latter appears to be positioned slightly lower down on this smaller model, or it may be fractionally shallower. This meant that while keeping my forefinger centralised on it during focusing, less of the strap lug dug into my hand and its operation was more comfortable. Mechanically, approximately 1.8 anticlockwise turns take the focused image from a shade over 2 m to infinity, as opposed to approximately 1.5 turns in the larger model. This is only a minor difference and wrapped up within this rotational system, almost half a turn takes the user's view in focus from approximately 10 m to 1,000 m. 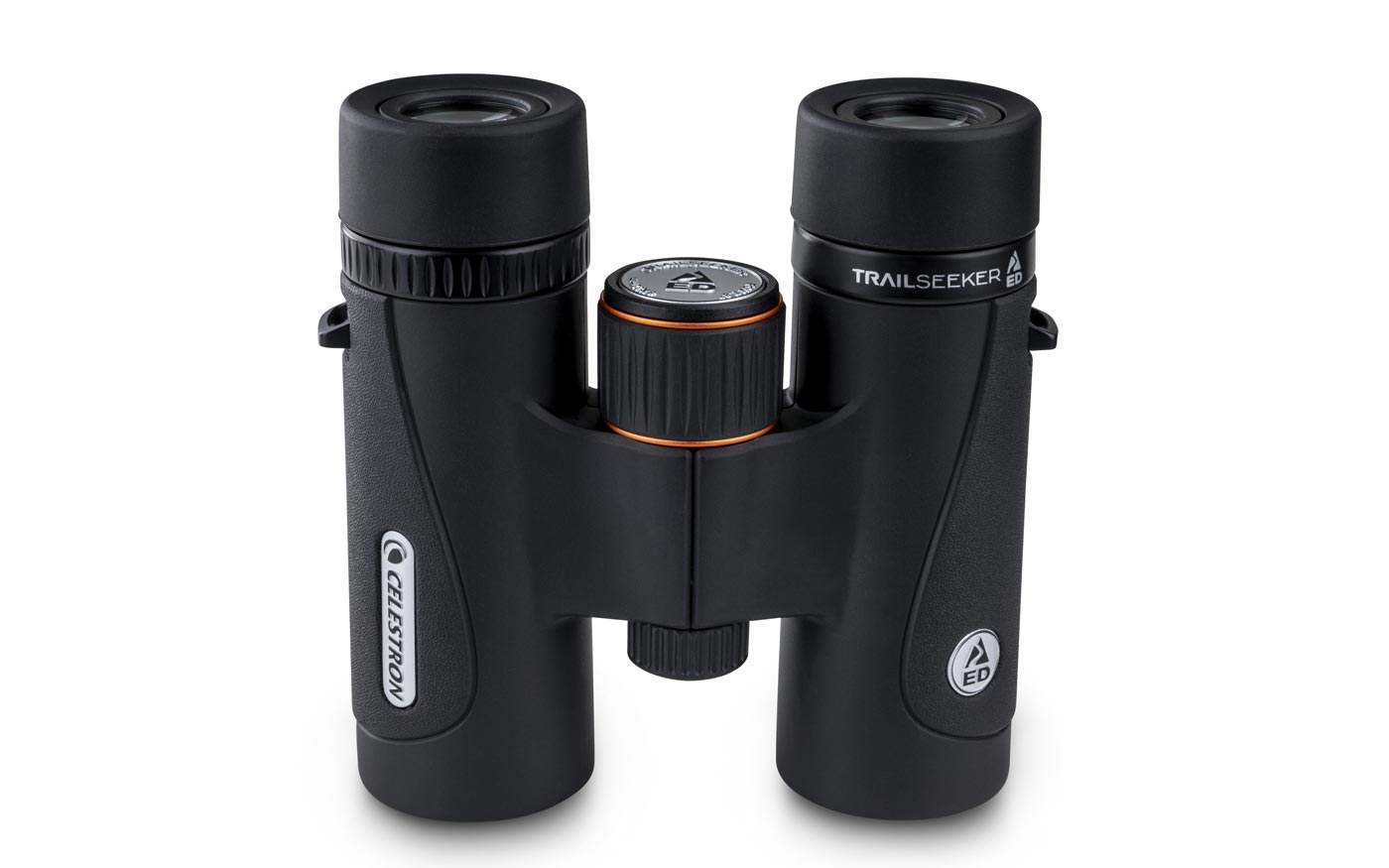 In common with the 42 mm model, the central hinge is a little stiff, again helping maintain the user's interpupillary distance during prolonged field use. The single-eye adjustment is mounted on the right ocular and can be operated with the twist-out eyecup above it fully retracted, if desired. There is no scale against which the user's optimum setting can be recorded. There is, however, a single point marker on the barrel and a raised diamond-shaped symbol within the dioptre ring, which are designed to be used as a reference point.

The twist-out eyecups offer two well-defined click-lock settings above the base, but to my eyes, the field of view was slightly reduced when the eyecups were fully extended. While sturdy enough, I found their rubber coverings a little hard and 'square cut', as opposed to soft and rounded, the latter providing greater comfort in my opinion.

However, it is the image that breathes life into this binocular. Looking beyond the heart and lungs of the ED glass, fully multi-coated optics and phase- and dielectric-coated BAK-4 prisms – all of which improve brightness, sharpness and colour fidelity – the image is refreshingly good.

Much of my late autumn birding took place in woodland and open countryside, where the focus was very much on passerines. The first aspect of the Trailseeker's performance in these habitats was the colour conveyed by the optics: rich, vivid and with an overall warm rendition to the image.

Two instances in particular served to highlight this. The depth of colour in the orange on my first autumn Bramblings was impressive, as were the myriad shades thrown up by a mixed flock of Fieldfares and Redwings, outlined against a grey sky, as they rested on the bare branches of a dead tree. This also provided the opportunity to assess the degree of chromatic aberration in the image. This was lower than I had anticipated and in fact, in direct comparison, no greater than that found in a not-so-old model from one of the revered top-tier manufacturers.

Dawn and dusk viewings were also surprisingly good, with the Trailseeker sucking in the details of moss and lichen on dimly lit tree branches. While all these aspects are truly admirable, I have to be honest and say that the image sharpness does not extend fully to the very edge of the field, but that's a minor point when everything else is taken into consideration.

The Trailseeker ED 8x32 delivers a lot for the price and is well worth serious consideration by anyone in the market for a binocular of this specification. Accompanying accessories include a protective soft case, a padded neckstrap and an optional harness, as well loosely tethered objective caps and a very flexible, soft articulated rainguard.