Nikon's established Monarch range saw two new models join the armoury in the latter half of last year: the 8x42 HG and the 10x42 HG. Described as the most advanced models in the history of Monarch binoculars, the HGs represent a significant upgrade to the range, differing from the others in their superior optical performance and handling.

A quick look at the specification of the 8x42 in comparison with the equivalent top-of-the-range EDG and the more modest Monarch 7 immediately flagged up some interesting differences, which were enough to warrant further investigation and some thorough testing.

Most notable among the changes are higher-spec waterproofing, a wider field of view and a superior close-focusing distance to both. The model is more compact and significantly lighter than the EDG and has a longer eye relief than the Monarch 7. 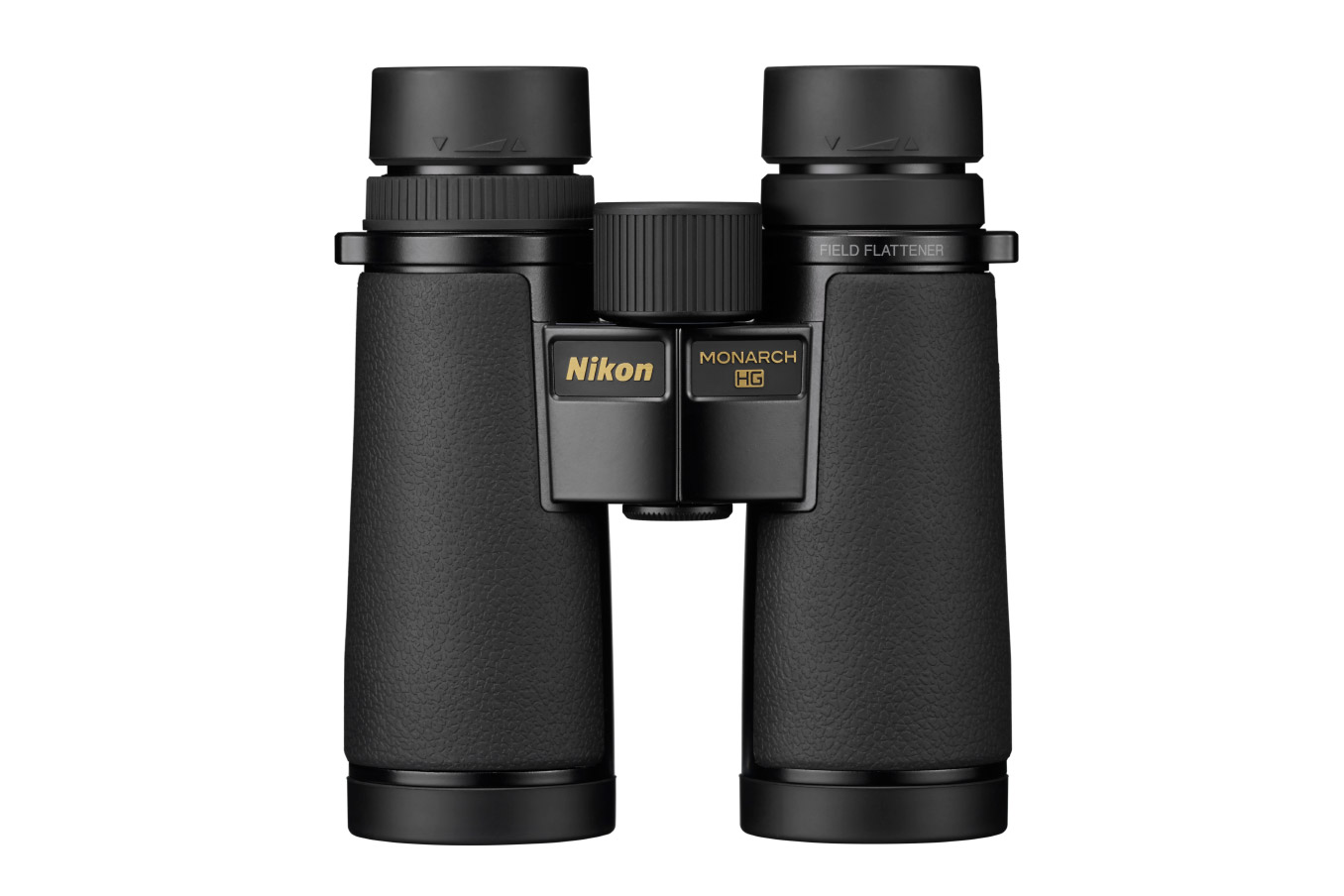 Aside from throwing them into my nearest gravel pit to test the waterproofing, I opted for a more modest testing regime for the 8x42. This is one of those binoculars with which I was instantly comfortable. The magnesium alloy chassis lends low weight and the relative compactness adds to the ease and comfort of handling, while the subtle contouring of the rubber body armour facilitates holding.

The armour itself is further textured to lend a non-slip 'leather' look and feel to the body – a finish carried through to the tops of the Nikon-branded, articulated, plastic rainguard and the stay-on rubber objective covers. I thought this lent a nice touch of uniformity, as with scores of models from numerous other brands both these protective measures appear well and truly disenfranchised from the binoculars they are seemingly thrown onto.

Furthermore, a good deal of thought has clearly been put into the design of the objective covers which, when fitted, lie flush with the body armour and incorporate a precise tongue-and-groove method of attachment, lessening their chances of becoming detached. I found the rainguard a little stiff in its zig-zag articulation and therefore not as easy to fit over the eyepieces as I would have liked, but I imagine this is likely to loosen up over time.

The eyecups are covered in soft, though thin, rubber, and they twist out to three extended, click-stop positions above the base setting. Enough room has been left to enable the operation of the rubber-covered single-eye focus on the right ocular without having to extend the eyecup from its base setting. This dioptre operation is of the pull up to set/push down to lock type and it works well, although there is nothing more than a simple +/- reference point against which the setting can be recorded.

At 145 m at 1,000 m, the field of view is admirably wide, although I was not able to see its full width with the eyecups at maximum extension. However, the image remains nicely sharp to the very edges of the field at all extension settings. The field-flattener system employed ensures there is also minimal field curvature at the edges.

If I'd been impressed with the HG so far then I was even more satisfied with the image it delivers. Aside from the pin-sharpness, the colours were natural and vivid and the contrast excellent. These features combined to beautifully produce wonderful and memorable views of Waxwings during the winter invasion. The minimum 92 per cent light transmission is commendable and ensures a pleasingly bright image – even in low light conditions. When birding in woodland and scrub, to my eyes, a '3D' effect becomes evident and is testament to the model's high resolution.

The HG incorporates ED glass, a high-quality multilayer coating has been applied to all lenses and prisms and there is an additional dielectric high-reflective multilayer prism coating.

Given the low price point relative to the EDG, it could be argued that the Monarch HG's 'performance per pound' is higher than its costlier cousin and I think Nikon is on to a winner here. I like it – from every aspect.

In addition to the rainguard and objective covers, the HG comes complete with a soft carry case and a very comfortable, padded neck-strap. For users not wishing to use the tethered objective covers these can be removed and replaced with rubber base rings (supplied) around the objective housings to maintain the uniformity and aesthetics of the model.

This review was originally published in the September 2018 issue of Birdwatch magazine.