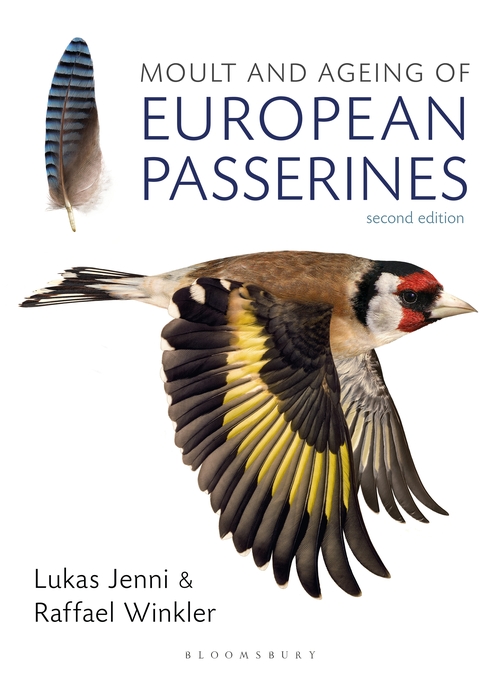 I can't imagine there are many European ringers, ornithologists or avid birders who have not heard reference to 'Jenni and Winkler' at some point when discussing moult in birds. When Lukas Jenni and Raffael Winkler published their first edition in 1994, there had been nothing like it before and it opened a new age of both written and visual reference for understanding passerine moult and ageing. The book was an instant success, mainly due to its content, but also the wonderful quality of its production.

I missed the opportunity to get a copy while in print and my conservationist pockets weren't deep enough for the prices demanded on the second-hand market, which even now runs into three figures. I had to make do with reading a few pages whenever I got the opportunity.  In 2011, a reprint was published but it was rather disappointing – print quality was lacking and the wonderfully instructive images were blurred. So when news of this second edition was announced by the authors' new publisher, Bloomsbury, its release date was eagerly awaited.

The design, large format (24.5x31.5 cm) and stunning image quality remain the same, although revised with more than two decades of updates and extra detail. Almost all six chapters have been enhanced, making this edition an extra 98 pages longer.

Chapter one has a new and valuable section on 'Environmental effects on new feather quality', while chapter two has seen two large sections – 'Recording moult, plumage and feather properties' and 'Analysing moult data' – brought in as invaluable additions for budding researchers and academics. There are also some wonderfully descriptive figures to visualise the text. The third chapter has additions of descriptive figures and a new section of graphs and tables showing moult strategies which is brilliantly diagrammed and colour coded, making for easy reference.

The species accounts have seen the most work, with the 16 new species in addition to the 58 from first edition: Woodchat and Masked Shrikes, European Magpie, Nutcracker, Carrion Crow, Waxwing, Sedge, Marsh, Grasshopper, River and Barred Warblers, Common Starling, Thrush Nightingale, Dipper, and House and Tree Sparrows. By using the principles in each of these accounts, and with reference to the new tables in section four, these works can now be applied to any one of the European breeding species.

A neat addition at the end is a well-detailed cut-out quick reference key for use as a bookmark. If this wasn't enough, this amazing piece of work has been bound to include an extraordinary piece of living artwork by Angelo Boog of a first-year male Goldfinch in flight and an alula feather from a European Jay. Just stunning!

If I was to find a flaw, it would be an omission in the account of House Sparrow, which doesn't state that males can be aged after post-juvenile moult by details in the median coverts (something well documented by Blasco-Zumeta and Heinze). This aside, Jenni and Winkler have produced an astounding update to their original work and I can't help myself from the occasional stroke of a page to remove any sign of a blemish. This book is not intended for use in the field, but has already found a place among the essential references in my bookshelf and surely will be an addition to many others. 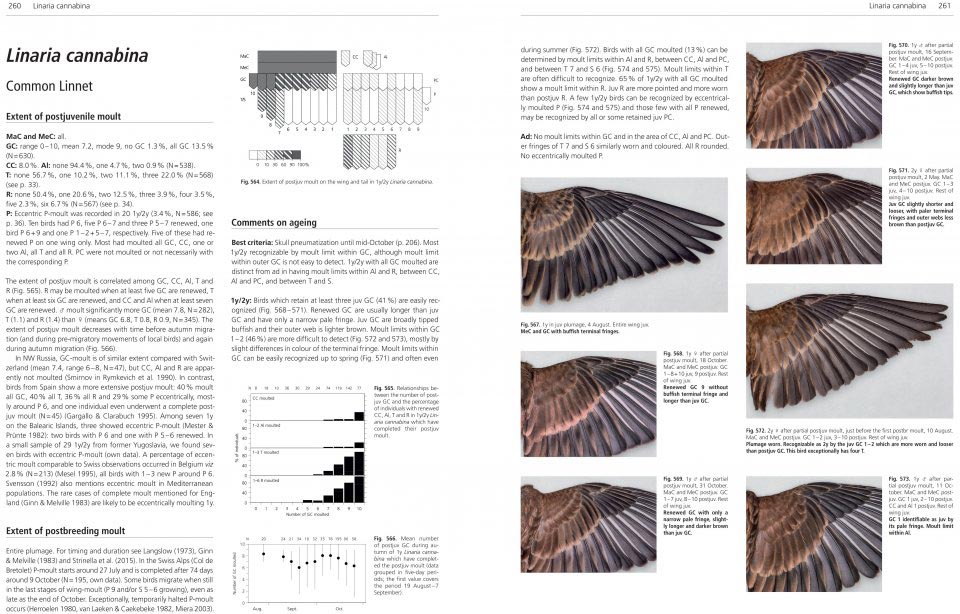