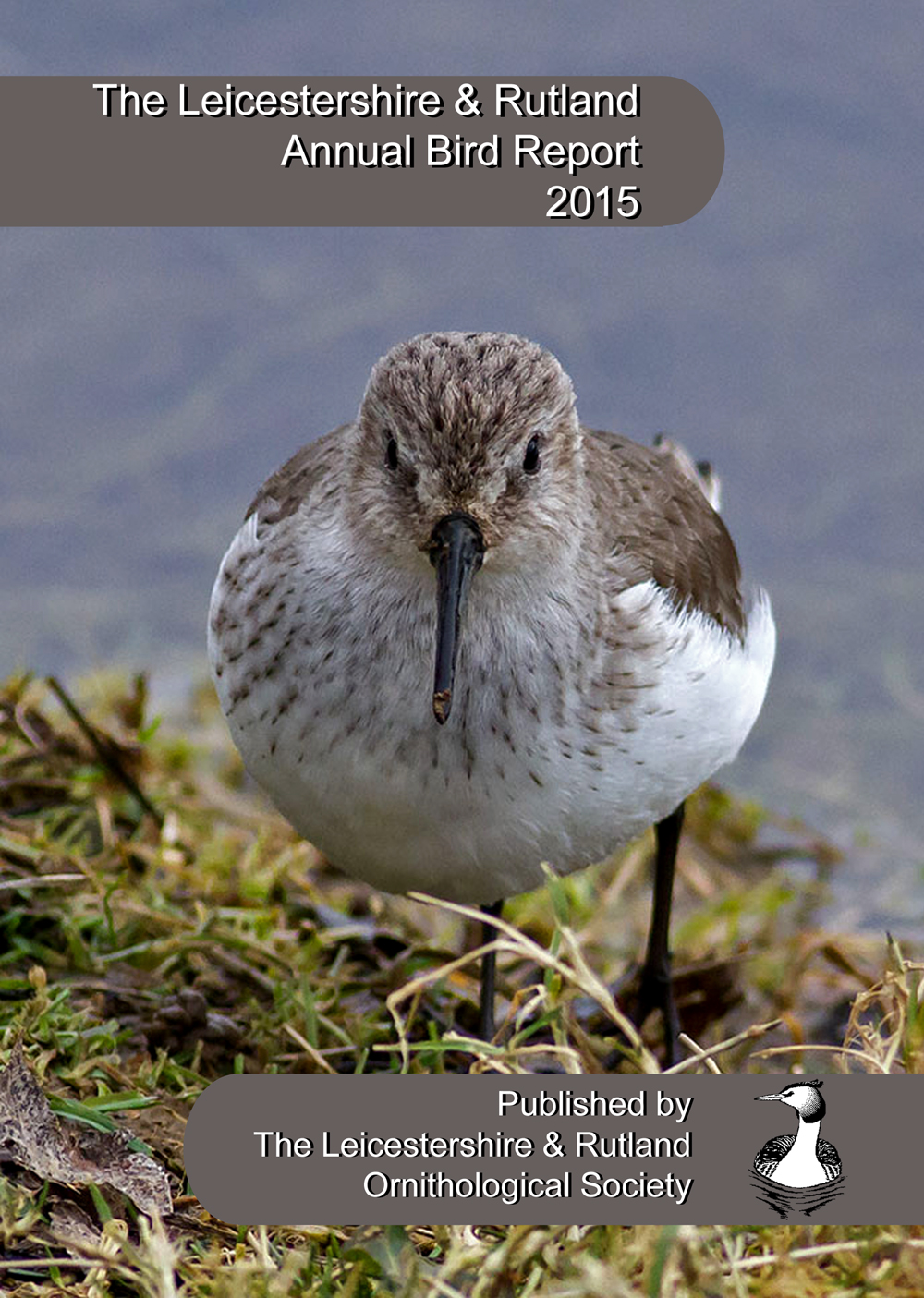 The two counties of Leicestershire and Rutland have produced a bird report covering both areas since 1941; the timing coincidentally followed the completion of Eyebrook Reservoir in 1940, while another key site, Rutland Water, was officially opened in 1976. Unsurprisingly, a significant amount of data from these two important sites is included here, while Charnwood Forest and surrounding area, to the north-west of Leicester, provide an important upland and wooded alternative.

A full-page, face-on Dunlin looks out from the front cover of this A5-sized, 181-page annual report for 2015, while attractive shots of a singing male Reed Bunting and a Wood Sandpiper can be found on the inside covers. Seven pages of very colourful birding-related adverts are at the front, followed by various acknowledgements, committee details, editorials and a note on records and copyright, before the ‘meat’ of the report appears, starting with a Review of the Year.

An interesting and readable review reports that the total of 203 species was the lowest since 2000 (197 species) and with no additions we read later that the county list stayed at 318, as it stood on 31 December 2014. Despite this apparently ‘quiet’ year there were many stand-out occurrences. Scarce birds logged included a well-watched American Golden Plover (the second county record), the third Glossy Ibis for the counties, the fifth Alpine Swift, the sixth Cattle Egret plus White-winged Black Tern, Wryneck and three Yellow-browed Warblers.

Following a table and analysis of summer migrant dates and a list of observers, the main 117-page Systematic List then follows. The species accounts follow the sequence and scientific nomenclature of the British Ornithologists' Union’s British list (as published on 24 February 2015) and a useful Species Index is included at the rear. The overall layout of this important section is very pleasing to view. Each species carries a pale blue header-panel which includes the species’ common and scientific names, a status description, a Birds of Conservation Concern 4 status, WeBS thresholds, the number of rarity records and local and national rarity reporting requirements – it sounds like a lot to pack in but it is presented very well. And, while the fact that every record includes the observer’s initials might not be to everyone’s taste, I’m quite comfortable with the approach.

The species accounts make very good use of simple and easy to read tables, which include information on monthly data, annual totals back to 2006 for several aspects such as singing males (for example Grasshopper Warbler and Common Nightingale), numbers of sites, seasonal totals (for example Common Redstart) and wintering Blackcap numbers, plus monthly maxima for waterbirds. A brief analysis, within the species account, of a fabulous 403 colour-ringed Lesser Black-backed Gulls recorded in 2015 provides a fascinating insight into their origins. An excellent array of photographs is spread through the report and each pleasingly includes full location and date information, even for Pheasant. Sixteen pieces of terrific artwork have been provided by John Wright and the variety of styles used is mightily impressive; I particularly liked the Black-headed Gull and the ring details surrounding the bird.

Further information follows on the distribution of records received (including 10 km maps), records not accepted, record submission, description species and species not recorded in 2015 (number of individuals, year last seen).

An extensive 25-page ringing report covering 2013-15 is again well-laid out and provides some fascinating stories. It is clear that a lot of enjoyment is gained from seeking colour-marked birds within the area. A report on Year 2 of the counties’ woodland bird survey provides details and analysis of some 102 species of bird found across 50 woodlands; the aim being to collect data from some of the less well watched sites in the area.

A good map provides a clear view of where the main birding locations sit and this is supported by a three-page gazetteer. A list of other local wildlife organisations and websites usefully includes the county Police Wildlife Liaison Officer.

Overall, this is an excellent county report and one which includes a huge amount of interesting information.