How Birds Evolve: What Science Reveals about their Origin, Lives and Diversity 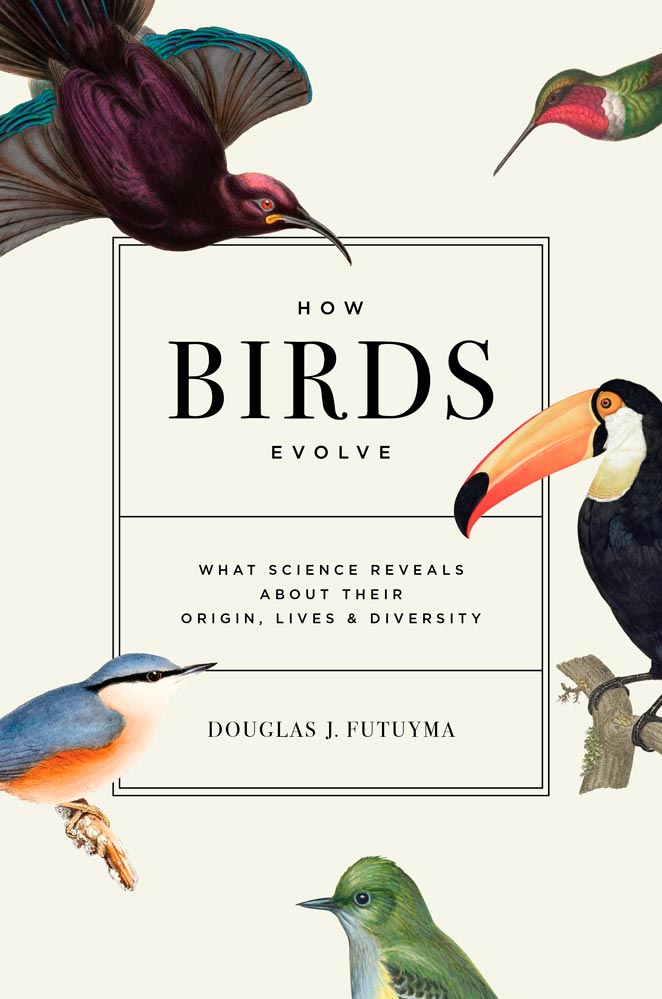 The deep insights into how birds are related provided by the revolution in molecular analysis since the late 1980s can hardly have escaped the attention of any active birder. Indeed, most field guides and checklists are almost out of date as soon as they are published owing to even well-known species being split, as their DNA is taken apart and realigned.

Such is the rapidity of these interspecific and greater ordinal changes, that it can be very hard to keep track of them, let alone gain an overall picture of where current knowledge stands and why it all happened in the first place. Douglas Futuyma has now stepped in to help.

How Birds Evolve is a neat summary of how birds have adapted to their environments, responded to prolonged peer pressure and developed their widely varying features and plumages. Futuyma traces bird evolution from its deep-time roots in the theropod dinosaurs and its myriad responses to natural selection to the origins of bird breeding and social behaviours. In broad terms, everything you need to know about bird form, behaviour and evolution is logically and approachably explained in the book's accessible prose.

Futuyma is an Emeritus Professor of Ecology and Evolution at Stony Brook University, New York, USA, and relays the in-depth expertise you might expect from such a biological big-hitter. However, don't be put off by fears of dry complexity; these pages will guide you through each concept agreeably, explaining high concepts in simple terms and providing plenty of intriguing and engaging examples with which to illustrate them and keep your inner ornithologist along for the journey.

Most chapters use the handy conceit of selecting two widely differing bird-family pairs and comparing their appearances and lifestyles. However, these examples are dispensed with quickly, with forays into many other groups and pairings. It helps that the author himself is an established field birder and his discussions are frequently illustrated with examples from his own trips to Ghana, Peru and Australia, among many other places.

The book evolves from initial chapters detailing the origins and fossil developments of birds post-Archaeopteryx, after explaining simply how phylogenetic trees work with many familiar illustrations of closely related species. We see how populations vary with the small changes seen within our lifetimes among Blackcaps in Europe and House Finches in New York. Ruffs and cuckoos show how phases and colour morphs might be accounted for, while the more radical changes in adaptation are illustrated by Hoatzin and hummingbirds, with digressions into fossil species and Darwin's finches.

It is the digressions, in fact, that make this book engrossing and best consumed whole chapters at a time. Further stops along our route of understanding include variations in life cycles, sexual selection, social interactions and the sheer variety and global spread of the Aves.

There are plenty of individual questions that remain unresolved in this mining of recent research – why the bill of the Groove-billed Ani is grooved, for instance – but for a general picture of the state of play of avian evolution, there is no better or more modern book than this.