While Birdwatch readers know that birding is one of life's great pleasures, for much of the population it is looked on as eccentric behaviour at best. A few recent verité documentaries have done little to improve birding's profile in the mainstream, highlighting the psychotic over the joyful. However, the release of The Big Year, a potential Hollywood blockbuster starring Steve Martin, Owen Wilson and Jack Black and based on the popular book by Mark Obmascik, might perhaps do the pastime some favours and give it some credit in the non-birding world. 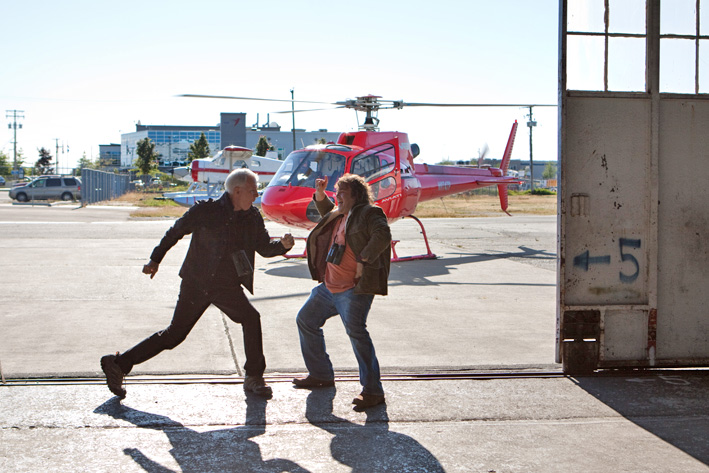 The story's set-up is in part simple and familiar to many birders: three obsessive white male birders abandon everything to pursue their long-cherished ambitions to have a big year; that is, to travel the whole of North America attempting to see as many bird species as possible. Their competitive instincts are magnified through the prism of their respective mid- and late-life crises, with one birder being rightly deserted by his wife, another loyally supported by his spouse and the third finding a girlfriend as the year progresses.

The film aims to get into the heart of birding's often hermetic world, and as such has many recognisable and reasonably accurate touches. However, these are outweighed by a number of sizeable clangers, which on a Hollywood budget should surely have been avoided. Some scenes cross the border into disconcerting surrealism, such as the' fall out' (sic) of birds witnessed after a storm where passerines flit between sunlit branches like Peter Pan fairies or darken the sky with foreboding as if they'd just spotted Tippi Hedron in a phone box. At one point, in a particularly clunky gull attack scene while rarity hunting in Alaska, Owen Wilson tips us the wink that this is a "Hitchcockian moment". Thanks Owen. 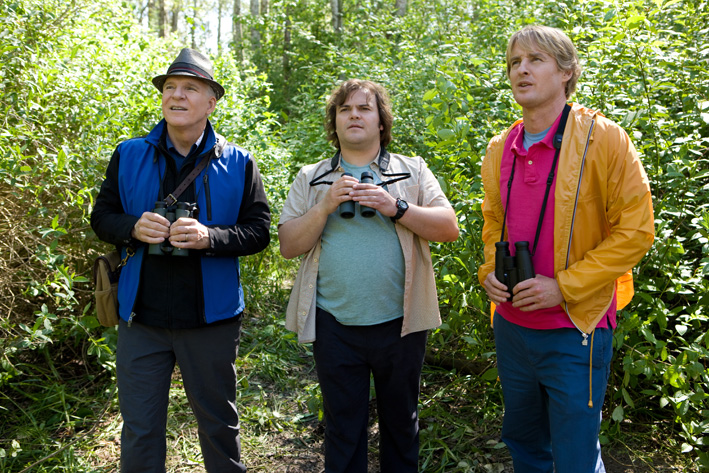 A Great Spotted Woodpecker and a Great Grey Owl look lazily CGI-derived, a domestic duck is counted on their lists and a Pink-footed Goose potters around on pond on a snowy mountain top. Birders' toes will curl at the film's flaws, and with a trailer that singularly fails to tell you what the film is about, there will be no range expansion of common or garden non-birders into local cinemas either – a fact verified by the film's poor box office takings.

Originally a true story, it has been finessed as a comedy featuring Jack Black, Owen Wilson and Steve Martin (though it is arguable if any of them have had a genuinely humorous vehicle for some time). I saw the film with a non-birding companion and both of us had to work hard merely to damn the film with faint praise.

Click on the images below to watch video clips of the film.


Click here to see more clips, deleted scenes and the three stars talking about the film.