Rebirding: Rewilding Britain and its Birds 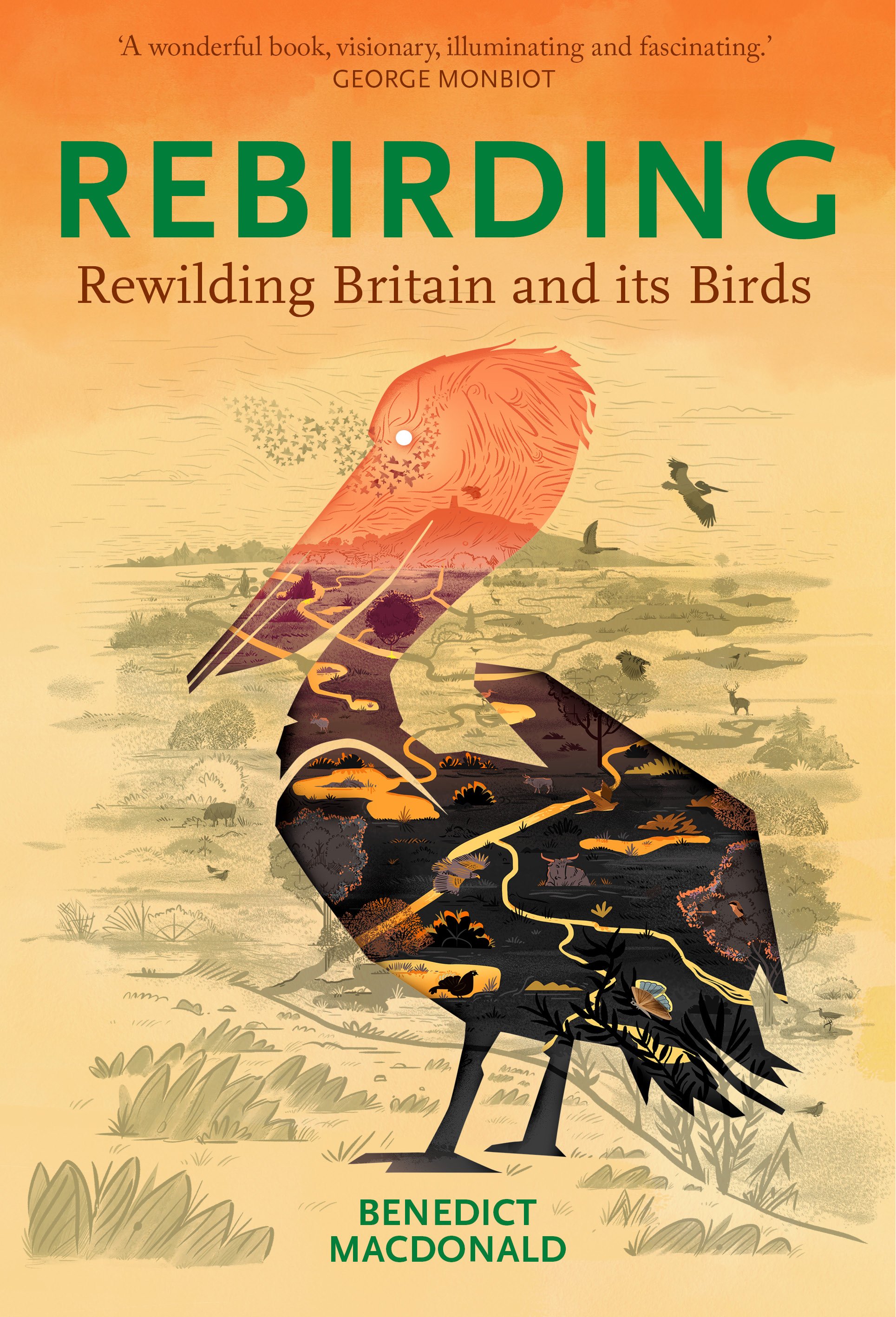 Over the last few years, the notion of rewilding has risen to prominence. One doesn’t need to go further than social media to see this concept on a micro-level: the angst at a recently trimmed roadside margin or roundabout, the frustration of anti-birding netting on hedges and so on. Such reactions are, in their own way, an expression of the wish to reconnect with nature and let wildlife simply do its own thing.

In Rebirding: Rewilding Britain and its Birds, Ben Macdonald ties many of these concepts, as well as far grander and large-scale ideas, together. The lead focus is on birds – chiefly British species – many of which have suffered agonising declines in recent decades. However, among the wretched statistics and apparently bleak future for our wildlife, Rebirding provides a positive and energetic take on how things could be changed for the better. Stuffed full of information and ideas, Macdonald travels beyond our shores, which is unsurprising for an author who has visited so many different places in his career (including working as a film-maker on the popular recent Netflix serious Our Planet). He looks at eastern Europe, and the remaining areas of farmland that haven’t yet been intensified, arguing that a reversal of some agricultural practices in Britain could provide essential boosts to certain species.

Rebirding rarely strays far from British birds and problems for too long, which is in no way a criticism but is worth pointing out. If you live in these isles, many of the issues Macdonald discusses will strike a chord. For example, in the second half of the book there’s a whole chapter dedicated to grouse moors, with the author not holding back with his analysis of the current management of these areas (which cover some 8 per cent of Britain). He argues how such places, along with deer estates and the Welsh uplands, could be transformed from wildlife deserts to areas not just with thriving wildlife, but booming economies and far more rural jobs. Along with the aforementioned changes to farming, Macdonald explains that this large landscape transformation is the only solution to bird conservation.

Some of the concepts discussed are already underway, namely the ones practiced at the Knepp Estate, Sussex (with superb results). Some are perfectly feasible – with environmental and green narratives rising to prominence more and more in society, the rewilding of our back gardens and parks is surely realistic. Other concepts are perhaps more optimistic. Splitting the Forestry Commission in two, with one half dictated by wild animals and no intervention, seems ambitious. The idea of Dalmatian Pelicans in an enhanced wetland wilderness in Somerset is pleasant enough, but arguably far from a priority when one considers the long list of species hanging on by the skin of their teeth, in desperate need of help.

That said, we need to fix our planet and the habitats we’ve slowly destroyed over time, so why not go all-in with the restoration of it? Macdonald doesn’t just think the abundance of ideas laid out in this book are necessary and worthy; he makes detailed and well investigated cases for them, too. Clearly, years of study and a huge deal more thought has gone into Rebirding, as well as plenty of passion. The pace of the writing is quick, but not bewilderingly so, and you find yourself swept along by the wave of enthusiasm created by the author.

Rewilding is still in its infancy. Some conservation bodies aren’t on board, and plenty of private landowners aren’t either. However, it’s not easy to make too many cases against Macdonald’s many points in Rebirding. With George Monbiot’s Feral and Isabella Tree’s Wilding providing a look at rewilding from different standpoints (while sharing the same values), Rebirding sits separate from both and in fact is an essential third book to read if you’ve enjoyed the others. In short, it’s a captivating, fascinating and inspiring read. You get the feeling that, should these ideas and concepts take off on the required huge scale, the sheer gusto and positive energy of the likes of Macdonald will be crucial.