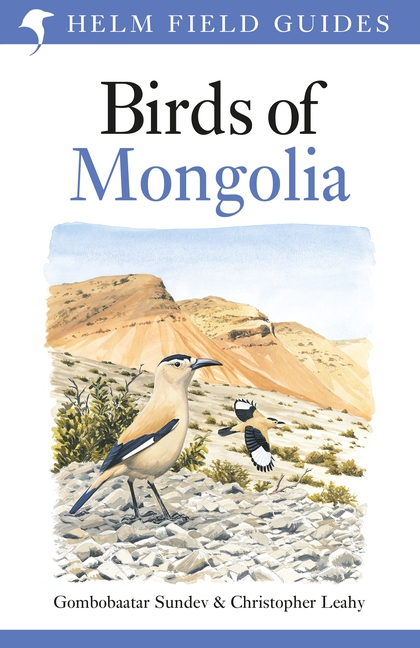 It's been a long time coming – all of my tour-leading career – and finally it's here a year after I stop leading tours!

This book has had an illustrious history filled with authors and their egos, but the most important question is: do you need this book if you visit Mongolia? The answer: absolutely!

In the past there was so little known about the country and what to expect bird-wise that it was often necessary to take more than five books with you, a substantial percentage of the luggage allowance.

This book has come just at the time that Mongolia has become a popular destination with birders, coupled with a growing interest from local birders. It will surely help both the seasoned birder and more importantly help enthuse those locals who are just getting interested.

The book begins with a very useful and interesting introduction to Mongolia and its birdlife, with nice photographs of the various biotopes and short sections on migration, conservation, protected areas and important birding areas, along with the usual sections on how to use the book and topography.

The plates will be familiar to many, having been used for other books in the Helm series such as Birds of East Asia and Birds of Central Asia. In theory reusing so many plates should speed up the publication of such a field guide, but that didn't seem to help here. The artists are also familiar and include some of the top names among bird artists including John Gale, Alan Harris, Ren Hathway and Brian Small.

The maps are small, but that's no different from the book on Central Asia. Altitudes are shown in three different shades of grey on every map (which I like), but by the time you lay a migration colour on top there appear to be all manner of colours going on. It does take some getting used to. The green for resident and blue for wintering species are much more obvious.

My biggest gripe is the amount of information that seems to have been overlooked – it isn't up to date, which is a shame. A fall-out between past and present authors and past publisher didn't help, but also several European and American birders who have visited the country many times were never asked to submit their records or consulted, and records that were submitted and accepted by the Mongolian Bird Taxonomy and Rarity Committee have somehow been left out. To most readers it won't stand out, but the book could have been greatly improved had they taken advantage of this increased knowledge of status and distribution amassed by other birders.

That being said, birding in Mongolia still feels like a work in progress and for the pioneering birder there are many exciting discoveries still to be made. It's a brilliant country, with lovely people and now a great book to help those visiting and to inspire the next generation of local birders!