Bolivia has the sixth-richest avifauna of any country on Earth. This statistic is all the more remarkable when you consider that it is both chronically underwatched and lacks a coastline. For decades country firsts have come thick and fast: 52 described in one paper from 1987 (Bulletin of the British Ornithologists’ Club 107: 94-107) and still nine in one go 20 years later (Bulletin of the British Ornithologists’ Club 127: 49-84). All the while with no field guide to speak of.

This wrong has now been put right, with the publication of the Birds of Bolivia Field Guide by Sebastian Herzog and a similarly esteemed team of eight co-authors and six principal illustrators. It seems that the trend for multi-authored works, which is now the norm in my field in academia, has also spilled over into guides.

The book itself can comfortably pass for a field guide, although at 14x20 cm I would prefer a smaller, thicker 16.5x24 cm like that of Tom Schulenberg et al’s guide to Peru. It is not prohibitively heavy to stick in a backpack, and seems potentially robust enough to take a tropical battering.

Given that field guides are typically judged by their plates, we’ll start there. I found the mix of styles a bit clashing at first, but with time became accustomed to it, given that almost all are good enough to facilitate field identification of most species. Some, such as the nighthawks and tinamous, are really good and it is fantastic to see multiple Fuscous Flycatchers illustrated.

It was disappointing to see that the Red-eyed/Chivi Vireo complex was given short shrift, as they can be done in the field. Some plates, however, were more crowded than others and their reproduction seemed a bit poor at times, with some quite washed out. Reduction in the size of plates like the Sporophila seedeaters would facilitate more room for other tricky species such as the Sicalis yellow-finches.

Taxonomy is a bit of a minefield in South America at the moment, and the authors have elegantly come up with a compromise solution that shouldn’t leave readers confused amid the plethora of splits, lumps and shuffles. The text is economical and addresses all the priority information you might need in the field, including good data on altitudinal range limits – crucial for an Andean country.

The maps are fabulous and scholarly, using distribution modelling, something that may soon become more widespread in field guides. I was particularly excited by the map showing the geographical distribution of bird records for the country which shows some glaring blank spaces.

Buy this guide, book a flight and try pioneering the gaps in coverage; there are bound to still be some more country firsts lurking out there! 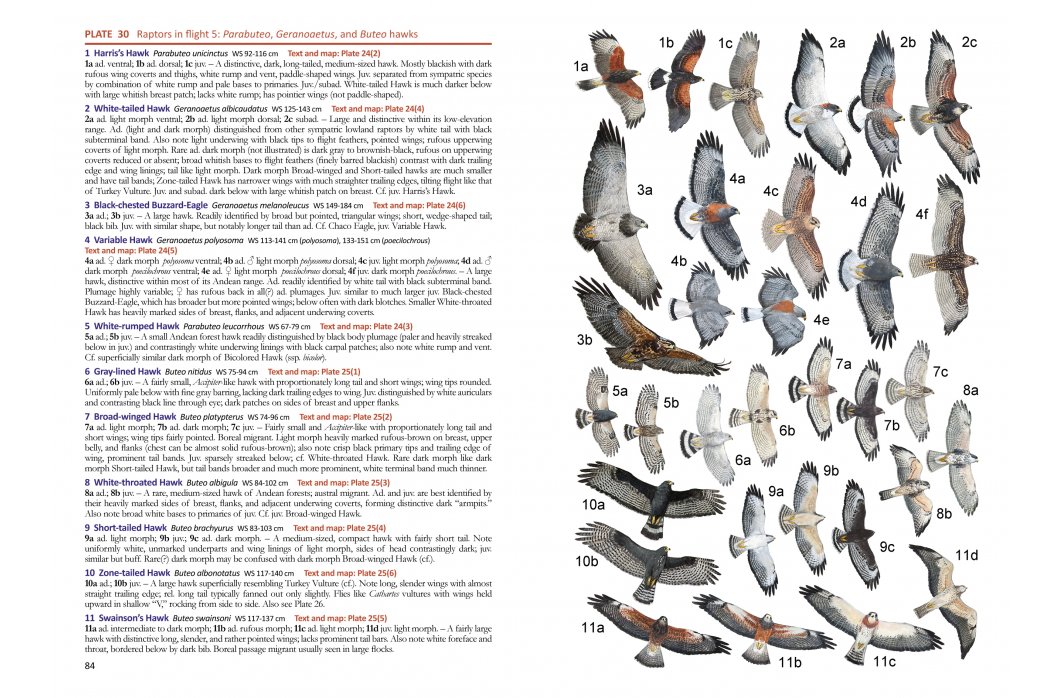 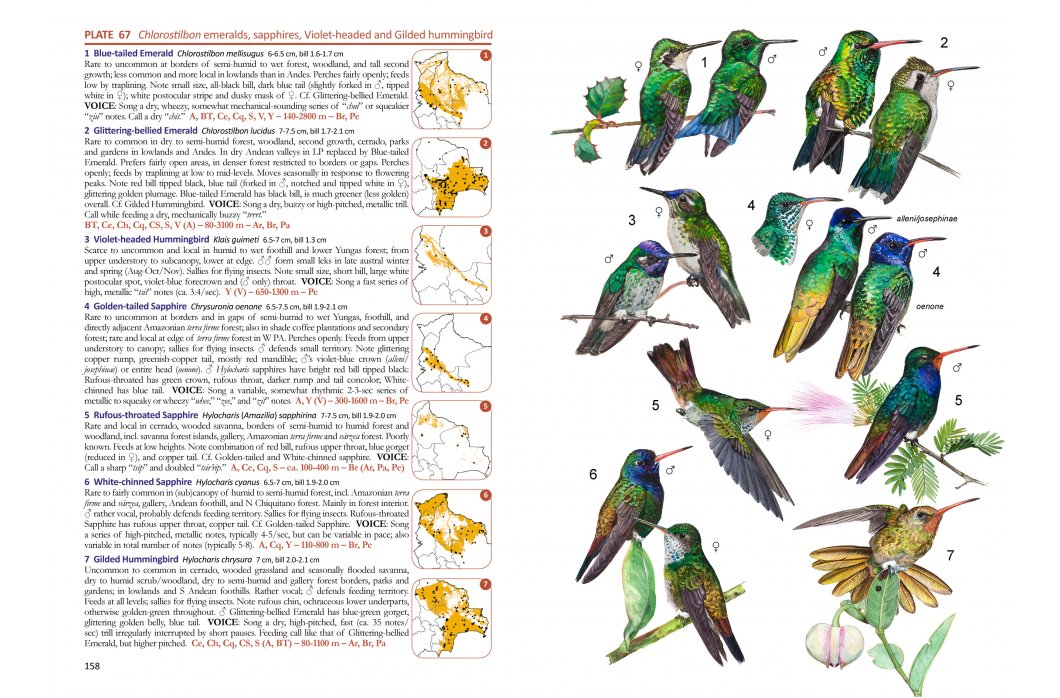 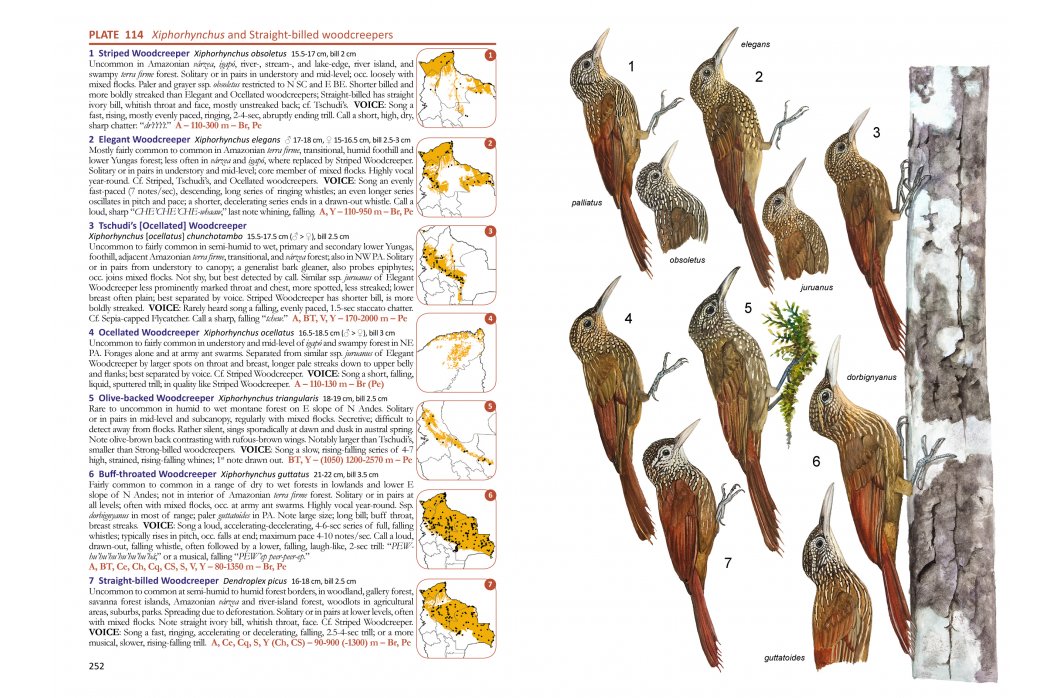