Atlas of the Mammals of Great Britain and Northern Ireland 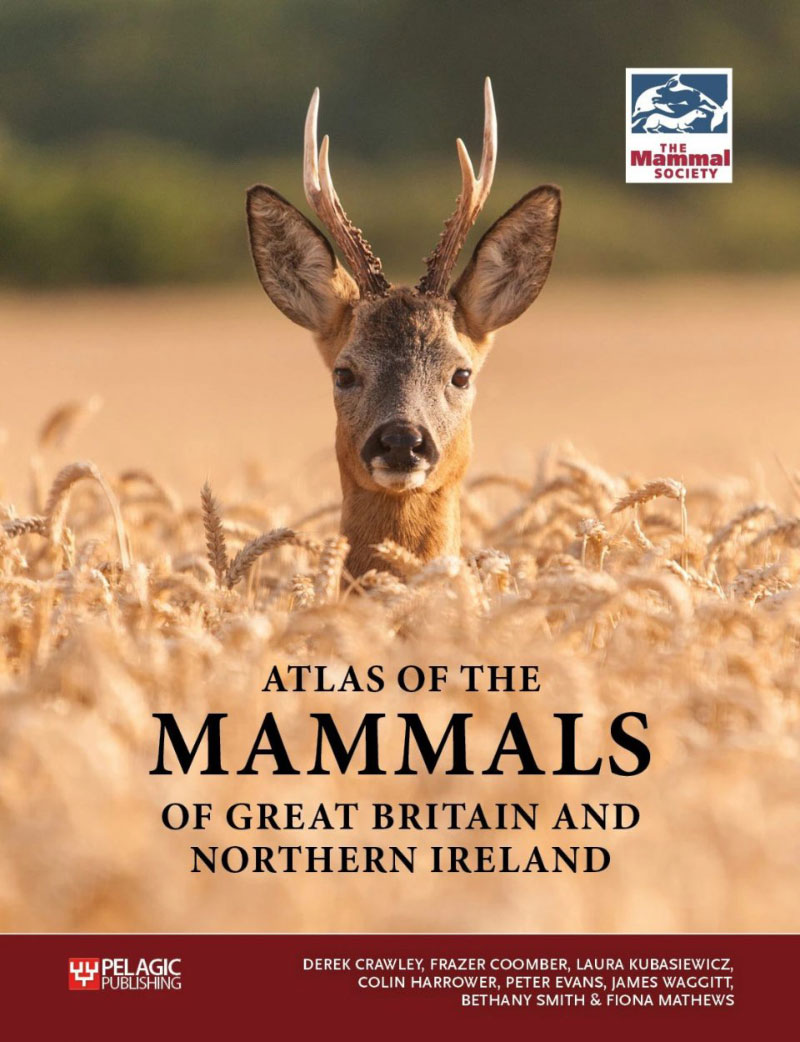 The latest publication by The Mammal Society joins a growing selection of modern atlases covering the fauna of the UK. Compiled using over 1.8 million records, the book provides an update to the Atlas of Mammals in Britain, published in 1993, and covers the 84 species found within the UK, Channel Islands and Isle of Man, as well as smaller text-only accounts for 23 species found only as strandings, vagrants, or with feral populations. Unlike the previous Atlas, the new book covers cetaceans as well as terrestrial mammals.

The book is an attractive and well-designed hardcover, and with 204 pages, is lightweight and pleasant to hold (I find some of the other UK atlases can be rather cumbersome to read without resting on a table). It starts with a concise overview of the methods used in the data collection and mapping, then the main species accounts and ends with the sections covering cetaceans only known from strandings, vagrants or mammals without established populations, and feral species.

Within the Atlas, the data for each species is split into historic (1960-1992 for terrestrial species or 1980-1999 for cetaceans) and current (2000-2016) timeframes. However, for Water Vole and the squirrel species, with rapidly changing patterns of distribution, the current time frame is reduced.

Each species account includes a single, large and easy-to-read distribution map, which shows any changes since the historic data period, and each is accompanied by a phenology plot. For cetaceans, the distribution map is extended to include the whole North Sea and shelf seas around the British Isles. The text account for each species provides a short summary of its distribution, ecology and identification.

I feel that, for some species, it would have been nice to see more in-depth analysis of the trends shown on the maps. For example, there is little in the way of explanation for why Polecat is faring so well and increasing across much of its range, or why Risso's Dolphin is so much scarcer off the east coast of Britain compared to the west. However, a small bibliography for each mammal does provide some suggested further reading on the species.

However, this detracts little from the book. The Atlas provides an attractive and accessible overview of the distribution of the mammals found in Great Britain and Northern Ireland and will form an essential part of the library of anyone interested in Britain’s mammals, whether as a hobby or a professional.