A Birdwatching Guide to North-East Germany and its Baltic Coast 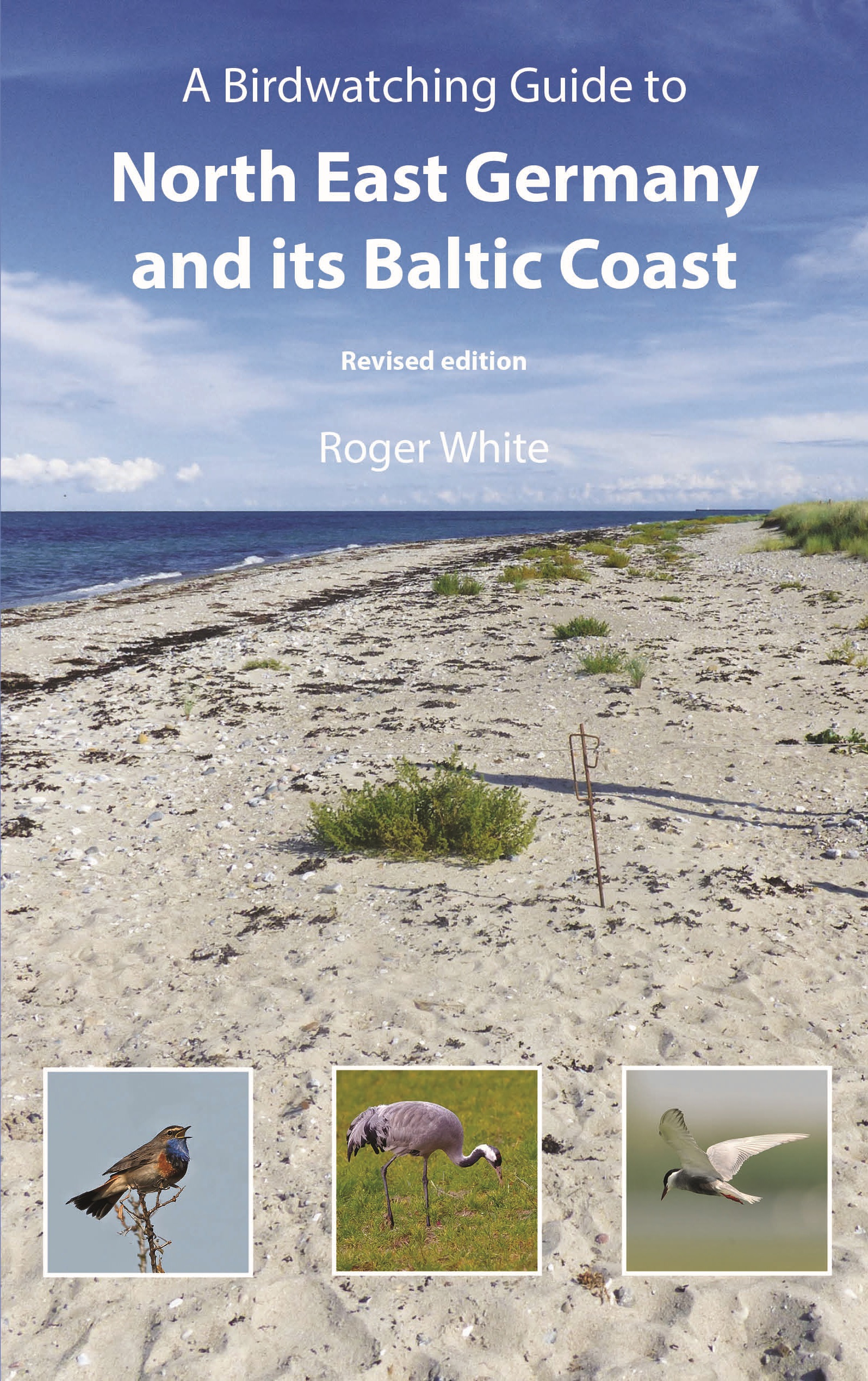 These days, with British birders seemingly travelling to all parts of the world on birding holidays, it is easy to forget that many desirable species can be seen in the context of a short trip over to continental Europe.

The north-east German Baltic coast is a case in point; after a short flight to Berlin and an hour or two in a hire car, one can enjoy Lesser Spotted and White-tailed Eagles, all three species of marsh tern, Black Woodpecker, Red-breasted Flycatcher, Thrush Nightingale and Barred, River and Greenish Warblers. Flocks of thousands of Common Cranes stop over on migration, and if you brave the ‘baltic’ weather, huge numbers of wildfowl are offshore in winter.

The big problem for British birders has always been the language, with "Wolfgang and Silke discuss Thrush Nightingale ID" sadly never one of the lessons in the GCSE German syllabus. Roger White’s two self-published books (this one and its sister volume to Berlin and the surrounding area) filled this gap admirably.

My copy of the first edition was very useful on a recent trip to the Zingst area. Indeed, there has been some wry amusement from some German birders that it took a foreigner to produce the ultimate site guide to this part of Germany. In this respect the dictionaries of bird names (both English-German and German-English) are handy, as are the snippets of useful local information.

So what has changed between the first edition (published in 2015) and this revised copy? The number of sites covered has increased significantly, from about 70 to almost 100. These additional sites fill in gaps along the western section of coast between Lübeck and the Danish border, along the coast near Rostock, and some additional inland sites to the south of the area covered. One or two of the maps have been slightly updated, but not much is likely to have changed on the ground anyway in three years.

If you are planning a birding tour or short break to the area, and don't have the first edition, then this updated edition is a must, but if you already have the first edition, then this update is probably only necessary if you are intending a prolonged trip there. My only slight niggle is that Rough-legged Buzzard is listed without comment under 'Winter Visitors' – it would have been nice to know in advance just how common they are in winter (they're the default winter buzzard) as I could then have enjoyed them more!