A young Swallow has died after becoming entangled in fishing wire at its nest.

Dani Robertson revealed on Twitter that the adult pair had used the discarded wire to line their nest, which held six chicks. One unfortunate youngster was found dead, hanging from the nest having gotten itself caught in the fishing line. 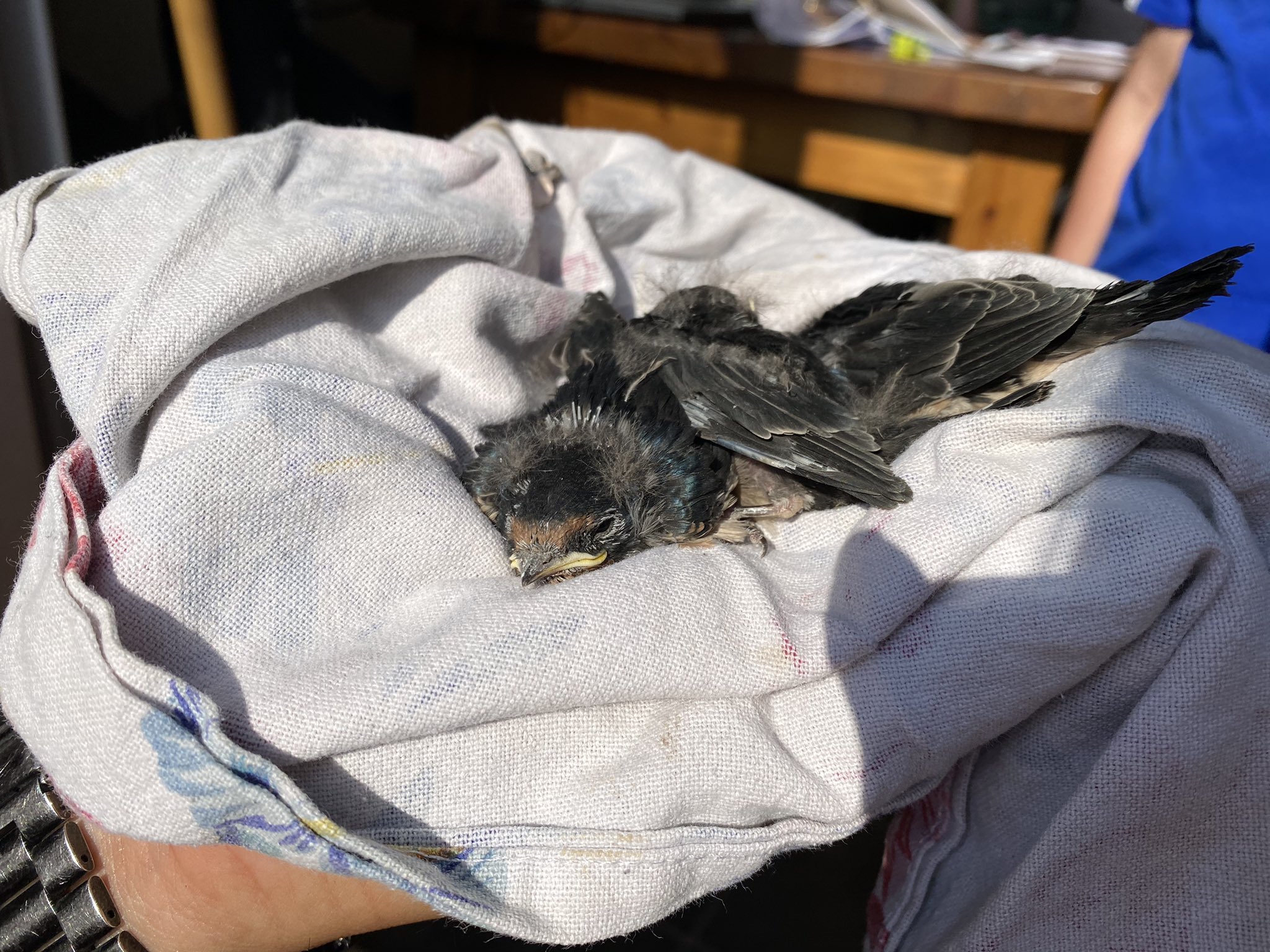 Thankfully, however, the other five juveniles from the brood were saved and places back in the nest, once the fishing wire had been removed, and are now close to fledging.