Young Birder of the Year announced

The national competition to find the most promising young birder in Britain has been won again, with the winner announced during the recent ‘Migfest’ at Spurn, East Yorkshire.

Dante Shepherd, 16, from London, was revealed as the best of this year’s entrants in the Martin Garner Spurn Young Birder of the Year after he passed several challenges, including seawatching and sound identification, and was a awarded a plaque and a trophy. There were five aspiring young birders invited to this year’s Spurn Migration Festival as entrants for the competition and prize-giving.

The competition is open every year to any birder who will be 16 or under in the September of that year, and anyone interested in entering should visit the BTO website for details. 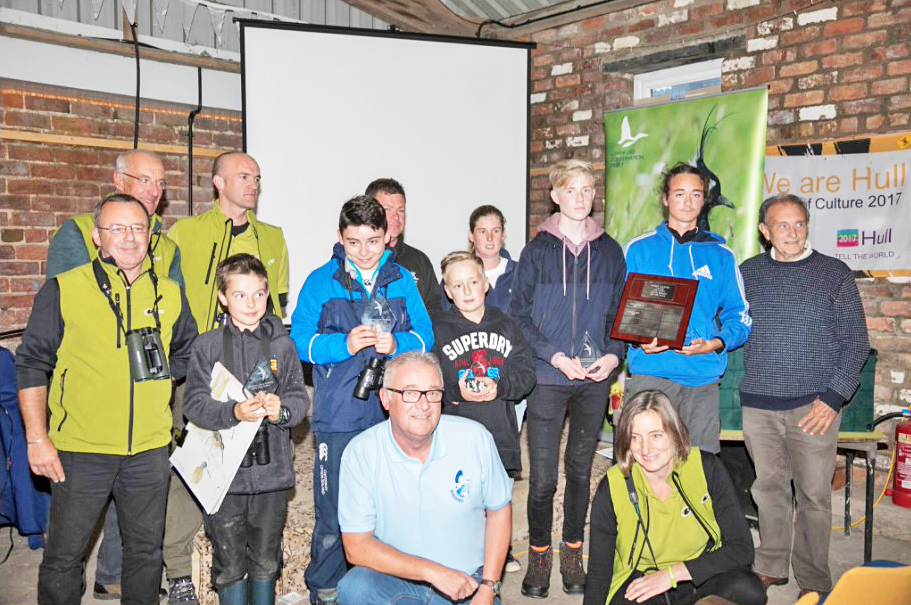 The entrants (including winner Dante Shepherd, second from right) and BTO and Spurn Migration Festival staff assemble for the prize-giving. Photo: BTO.