The population of Spotted Crake in Yorkshire's Lower Derwent Valley NNR has reached a new high this summer, beating the previous record set in 1998.

A total of 31 singing males were located in the area, arriving in two main influxes – the first in early May and the second at the end of that month and into early June.

The Lower Derwent Valley (LDV) is one of the few regular British sites for Spotted Crake, although the number of territorial males usually totals between one and five. Occasional 'influx years' are noted, though, with 26 singing males in 1998 and 12 in 1999 and 2000. 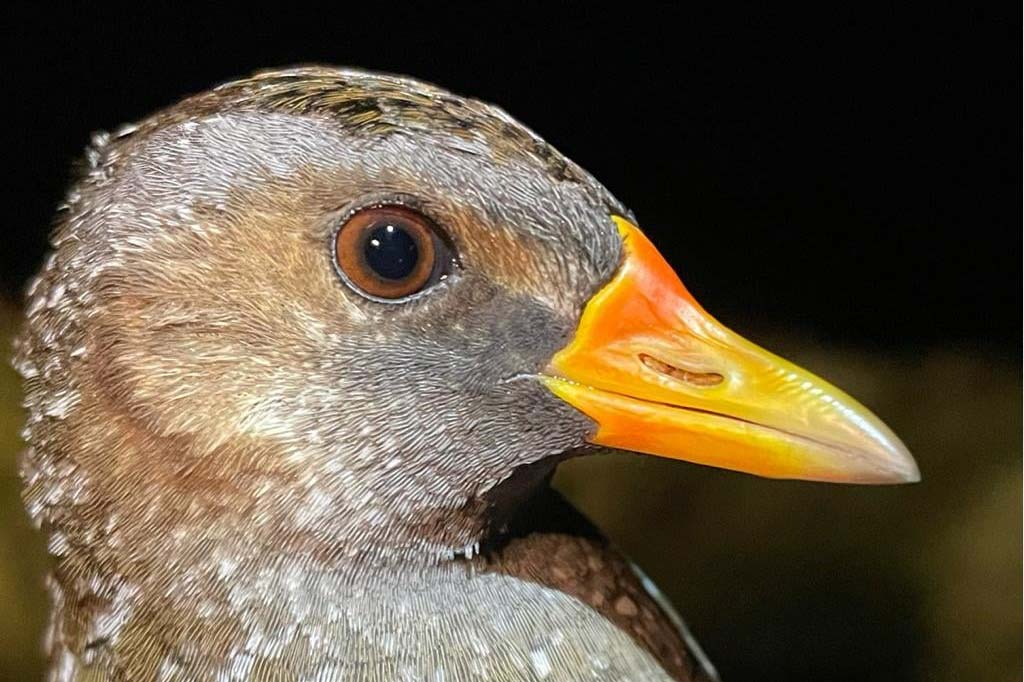 One of the Spotted Crakes caught and tagged at the Lower Derwent Valley NNR this summer (LDV NNR via Facebook).

Put into context, just 30-80 singing males are recorded annually across the entirety of the UK, making it one of our rarest and most unpredictable breeding birds – though the species's elusive nature, being most active/vocal between dusk and dawn, makes it difficult to monitor.

After the first influx and gaining the relevant permits from the BTO, the LDV NNR team caught and ringed three males and radio-tagged two, allowing them to be tracked around the site over the course of their stay and proving that crakes stay in the area throughout the season. This has also helped to build up a clearer picture of the crakes' favoured habitats, in turn improving scientists' understanding of the species's preferences in the UK.