A live video stream of Barn Owls in a North Yorkshire nestbox is proving a surprise hit with thousands of viewers tuning in from across the world.

The webcam, in the village of Thixendale, has attracted viewers as far away as Japan and the US. One bar in The Netherlands has even switched its big screen from sports coverage to a feed of the owls. 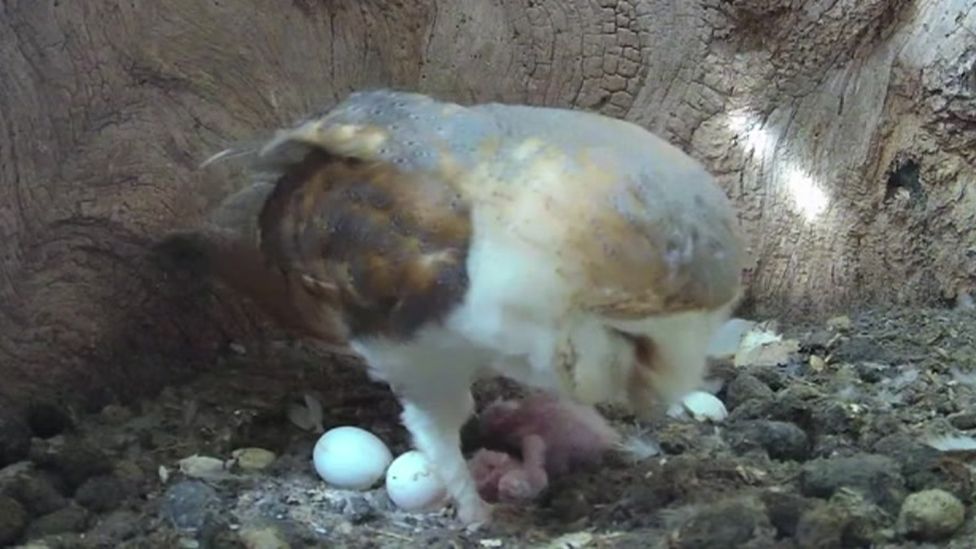 Wildlife artist Robert Fuller, who set up the camera, said interest in it had "gone crazy". Mr Fuller said he had originally started the feed during lockdown as he felt there was a "need for nature and green spaces for everyone". Since then, people around the world had sent him selfies of them watching the owls, he said.

One group tuned in while queuing up to take a tour of the Statue of Liberty in New York. There were now more than 1.2 million subscribers to the channel, Mr Fuller added.

"People are literally tuning in for months on end to watch these livestreams. Incubating, chicks hatching, all of the dramas along the way, right the way through to fledging," Mr Fuller commented.

Niels Van Dalen, a staff member at the bar in The Netherlands where the owl feed has proved so popular, said the response from customers has been "very positive". He said: "It brings such joy. It's so peaceful and comforting compared to something like sports where everyone is yelling. Everyone is just enjoying the wildlife."